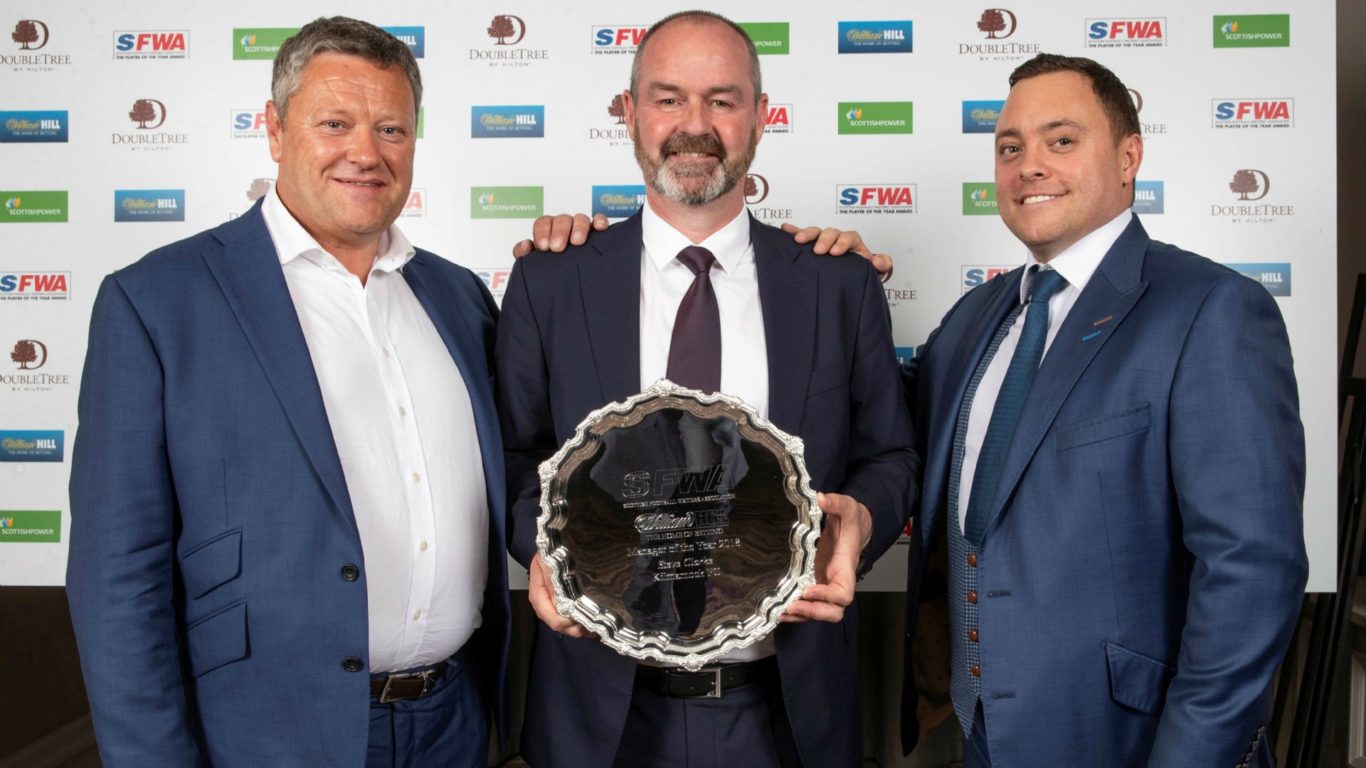 Steve Clarke has been named the Scottish Football Writers' Association's Manager of the Year for the second successive season.

Steve will be presented with his prize at a ceremony on Sunday evening following our final match of the season against Rangers.

It is the manager’s second award of the season, having been named GMB Scotland Manager of the Year at the PFA Scotland Awards earlier this month.