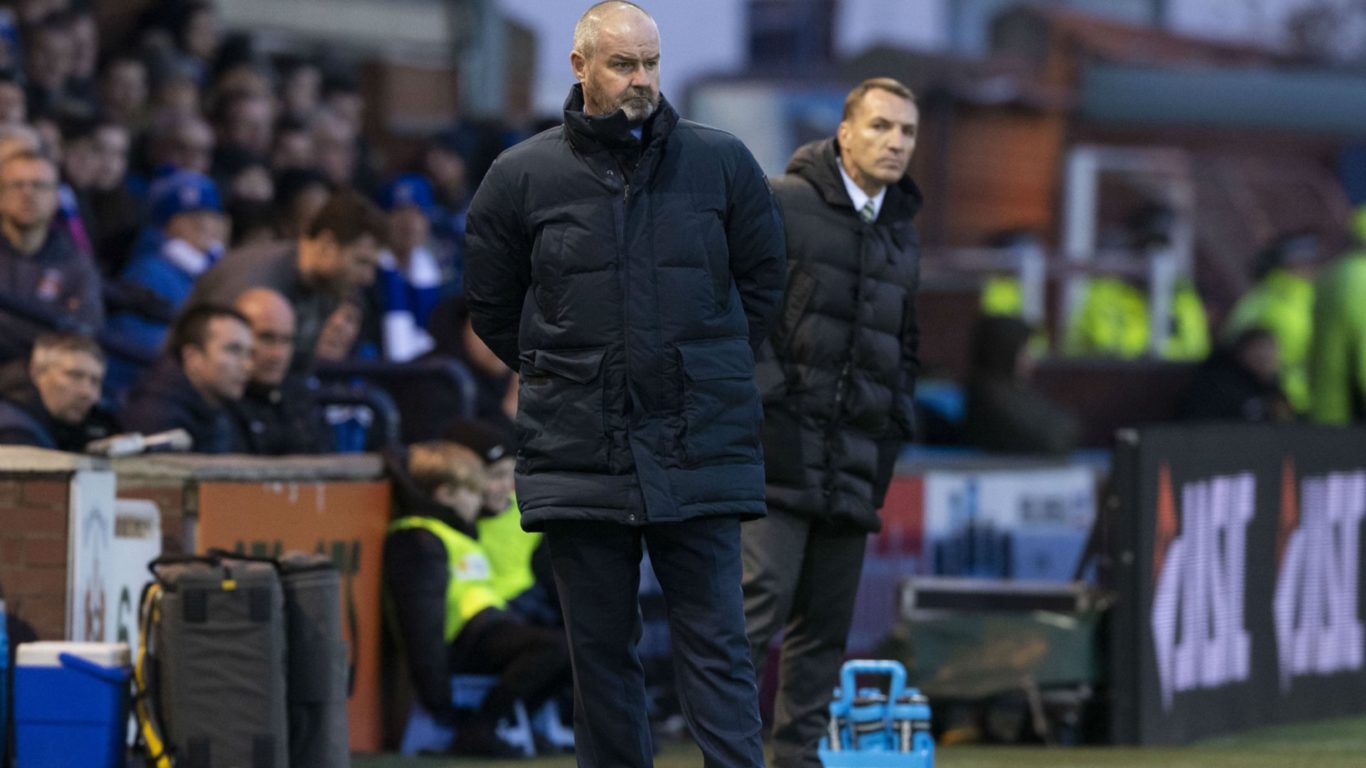 Steve Clarke: We didn’t deserve that at the end

Steve Clarke felt his Kilmarnock side deserved at least a point following the heartbreaking 1-0 defeat to Celtic.

A last-minute deflected strike from Scott Brown secured victory for the away side, with Killie playing a chunk of the second-half with ten men following Kirk Broadfoot’s dismissal for a high challenge on Brown.

And despite the tough manner in which Killie lost the match, Clarke felt the team went toe-to-toe with the champions for most of the game.

‘The first 15 minutes aside, I felt we were good. It’s a tough one for the players, they did so well and I felt they deserved at least a point,’ he said.

‘It was a good performance, and I felt we didn’t deserve that at the end. Even with ten men, Celtic looked like they were struggling to score. It took a big deflection off Alex Bruce to get the goal.

‘They started off well and had a few chances, but we grew into the match.’

Despite the heartbreak of today’s match, Clarke was upbeat as he looked ahead to a big few months for Killie.

Whilst tonight was disappointing, the manager thinks a top-six finish is well within their reach, and with a Scottish Cup replay at Ibrox looming – there’s plenty to look forward to.

‘We’ve got a couple of days to recover and we’re in a good place. The boys are disappointed not to get anything out of tonight, so bring on the next one,’ he said.

‘We’ll have Yossouf Mulumbu back, and there were good players on the bench who didn’t get on. Tonight’s disappointing but we’re just focusing on the next game.

‘We’re a good team, and if we play like that week in, week out – we’ll be in a good place to go after our main objective: a top-six finish.’