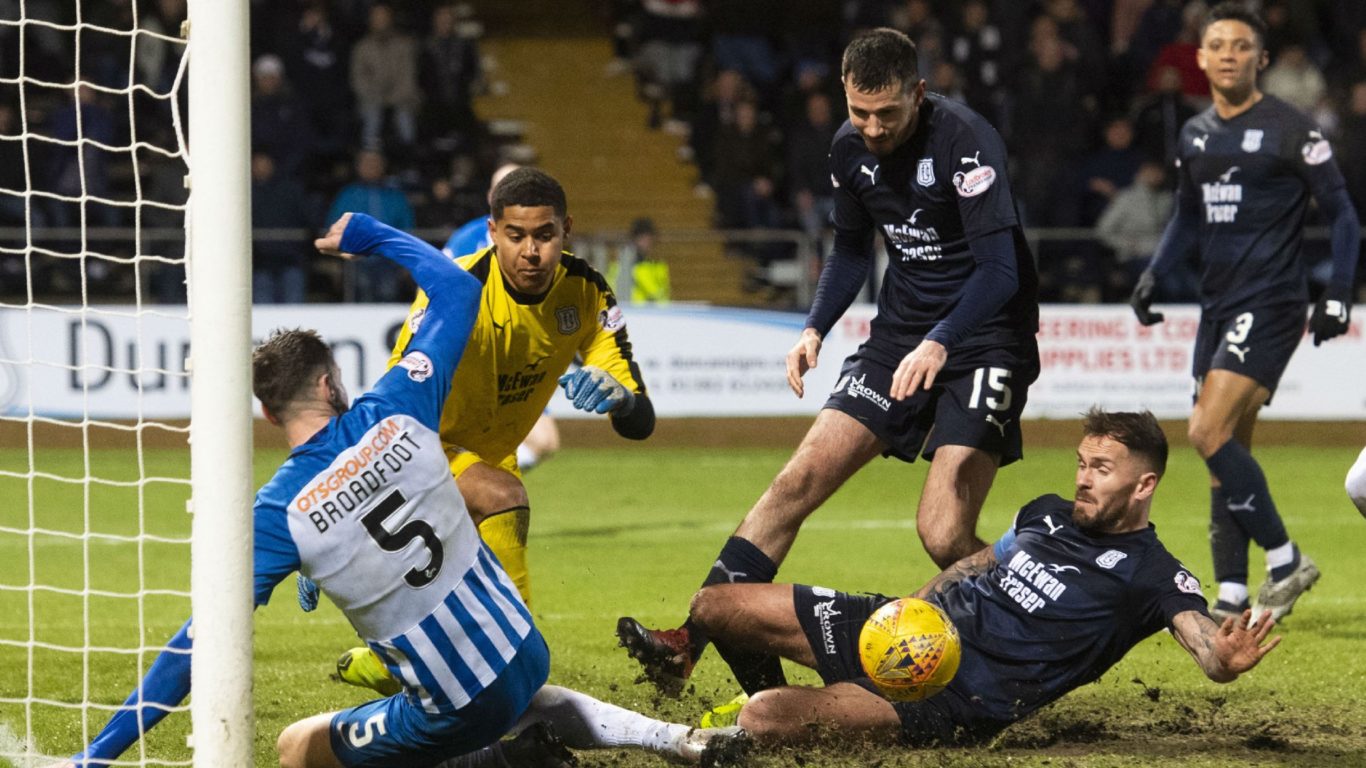 Steve Clarke thanked Daniel Bachmann for preserving a point for Killie in Dundee, stating the 2-2 draw was the least his team deserved.

Nelson doubled his tally for the evening moments later with a smart finish from outside the box but Chris Burke's second-half free-kick ensured Clarke's side claimed a point at Dens Park.

Despite complete domination of the second 45 minutes, Killie could have lost the match after conceding a penalty in the final minute of injury time only for goalkeeper Bachmann to deny Kenny Miller.

Reflecting on a pulsating 90 minutes, he told Killie TV: 'It was a game where the least we deserved was a point. We didn’t play particularly well certainly at the start of the game, Dundee started very quickly and caused us a few problems.

'We found a foothold in the game with a great through ball by Kirk and a great finish by Conor McAleny on his debut which is always nice to see.

'Then we switched off again and conceded another goal. I think second half we showed what we are all about.

'I’ve just said to the players sometimes when you get to 85 minutes with injury time to come, you have to accept a point can be a decent result. Crazy play really and we lost the shape of the team with everybody going forward and everybody trying to be the hero that wins it.

'I understand it, I can’t knock the players too much for trying to win the game but sometimes a point is good.'

The result leaves Killie level with Aberdeen on points and on goal difference and Clarke was able to look at the bigger picture after the match.

He added: 'You tally up your points at the end of the season, you don’t throw points away and we almost did that in the last minute.

'Thanks to Daniel for making the save and we take the point at go home.

'You come in after the game and see the other results and think yeah, it’s not a bad point tonight.

'It’s a tough place to come Dundee. Jim has changed his team a lot and you saw in the first 15-20 minutes that they were very, very aggressive and lively upfront and they caused us a few problems – not many teams do that.