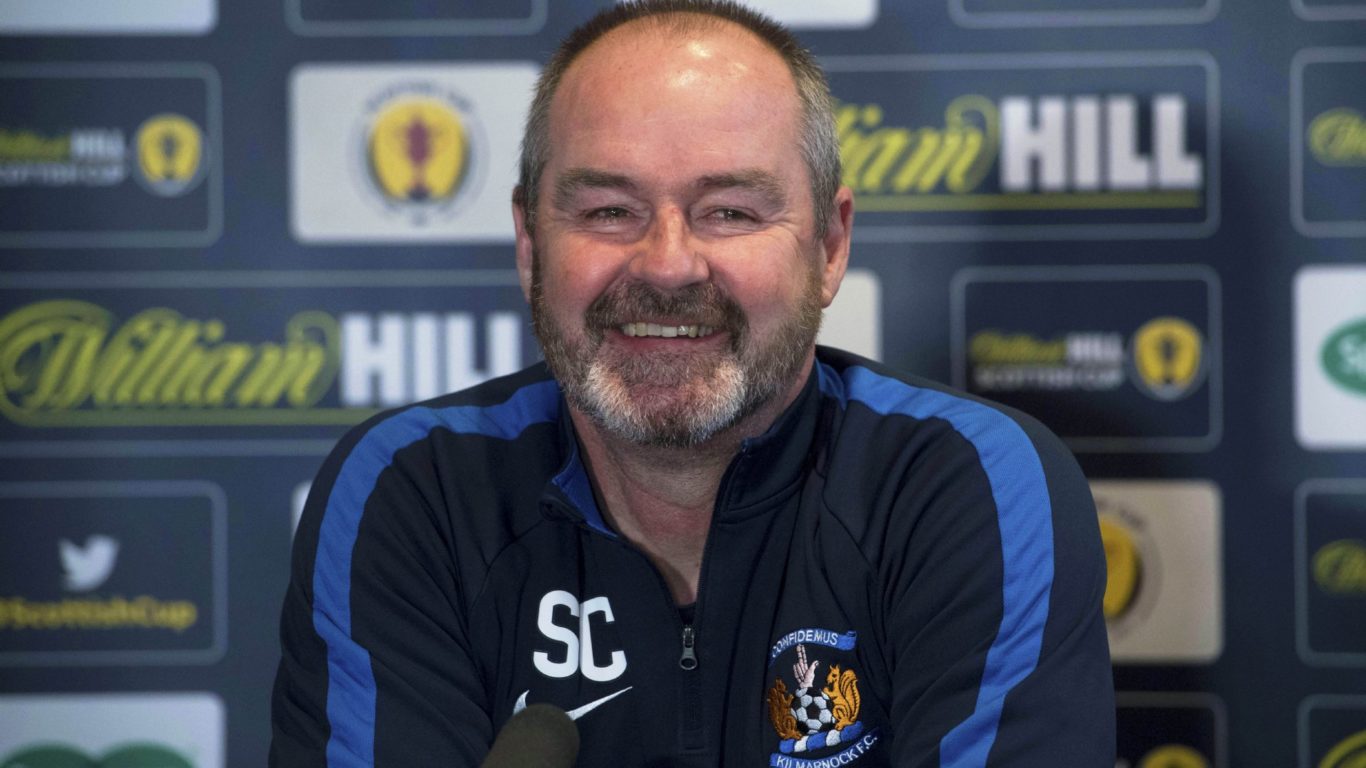 Steve Clarke says Killie’s Scottish Cup tie with Rangers should be ‘a cracker’ as the teams prepare to meet at Rugby Park.

Goals from Eamonn Brophy and Jordan Jones gave Killie a 2-1 triumph when the sides last met in January.

And the Killie boss in anticipating another entertaining contest.

He said: ‘It’s two good teams and if it is as good as the last game here in terms of atmosphere, which obviously was a good day for us because we won the game.

‘It will be a tough challenge for both teams, a competitive game and we look forward to it.

‘It’s always nice when you’ve had a recent victory against one of your top opponents. We didn’t start the last game against Rangers particularly well and we allowed ourselves to go behind.

‘We showed good character and resilience to get back into the game and eventually pulled off what for us was a good win and a good three points.’

The Rugby Park boss was asked about comments made by Rangers boss Steven Gerrard as well as returning to the topic of consistency in terms of decision making and the disciplinary process.