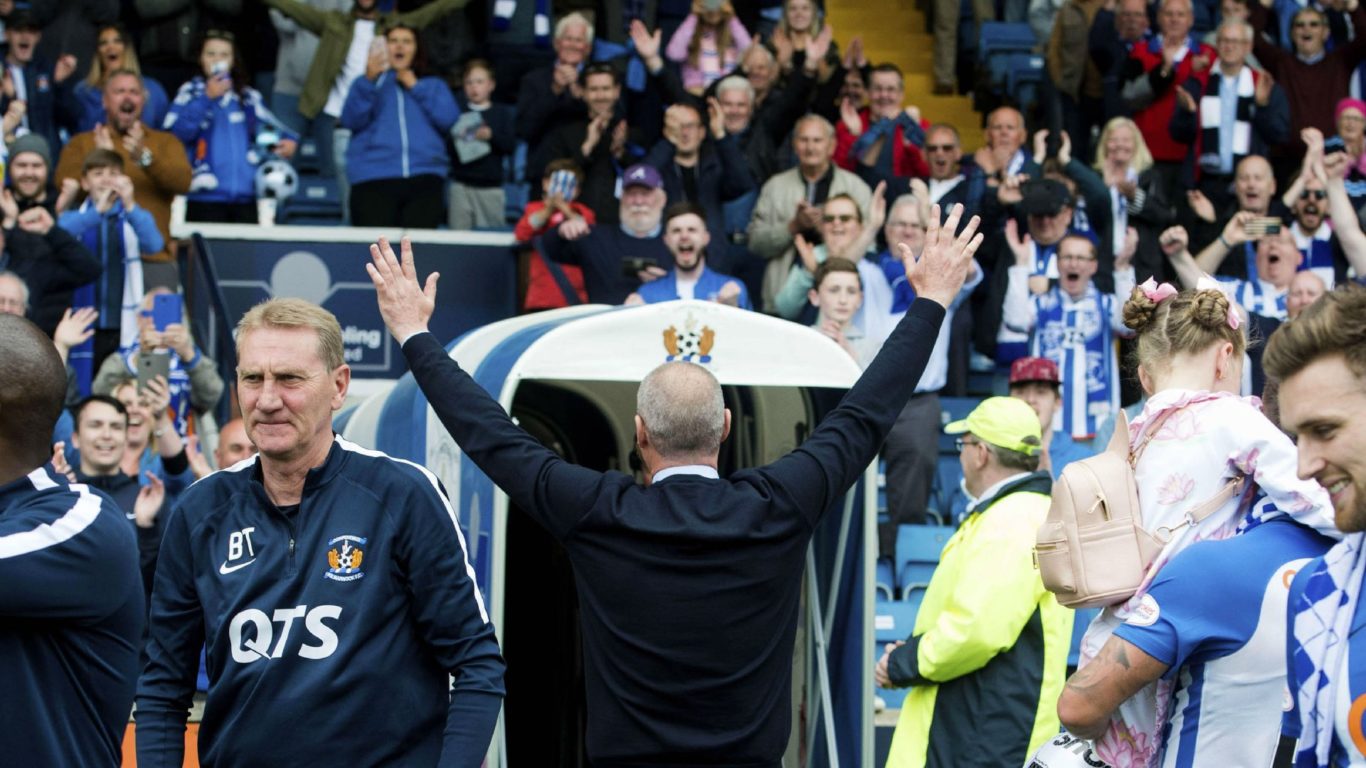 The club can confirm that Steve Clarke has left Kilmarnock FC to become Scotland National Head Coach with immediate effect.

Steve departs Rugby Park as a Killie legend, having twice broken our record points tally and leading the club to our highest league finish in 53 years and a place in the Europa League qualifiers.

Since joining in October 2017, Steve and his assistant Alex Dyer have led the team to back-to-back Top Six finishes but more importantly have helped restore a feeling of pride, passion and belief in Scotland’s oldest professional football club.

During his time in charge, Killie played 67 league matches, winning 34, drawing 18 and losing 15. In the League Cup, Killie won three games, drew once and lost once while in the Scottish Cup, the club won three matches, drew twice and lost twice.

Arriving when Killie were bottom of the Scottish Premiership, Steve proved to be the catalyst for a dramatic upturn in fortunes which saw the team finish in fifth place in the 2017/18 table. This season proved to be even better with the team briefly topping the table in December before ending 2018/19 in third position.

Director Billy Bowie said: “On behalf of the Board of Directors and everyone connected with Kilmarnock FC, I’d like to express my sincere gratitude to Steve for his passion and dedication to the job.

“While we’re naturally disappointed to lose such a talented manager, I understand the lure of managing Scotland is a powerful one.

“Steve leaves an incredible legacy, delivering our best campaign in over half a century and providing European football for the first time since 2001. His place in this club’s illustrious history is assured and he will always be welcomed back to Rugby Park with open arms.”

Steve Clarke said: “It has truly been an honour and privilege to work for Kilmarnock Football Club and I will always treasure the moments and memories created here. I’m extremely proud of all our achievements during my time in charge and I’m especially pleased that I was able to play a part in putting a smile back on the faces of Killie supporters.

“A manager is nothing without a group of talented players and staff, willing to work hard and listen to instructions so I’d like to thank them for their support during my time at Rugby Park.

“I’d like to express my gratitude to the Board of Directors for all their backing and ask you to support them as they continue to build this fantastic football club.”

Everyone at Kilmarnock Football Club wishes Steve every success with the Scotland National Team.

The club will now commence the search for Steve’s successor and as that process continues then we will try and keep supporters updated as much as possible.