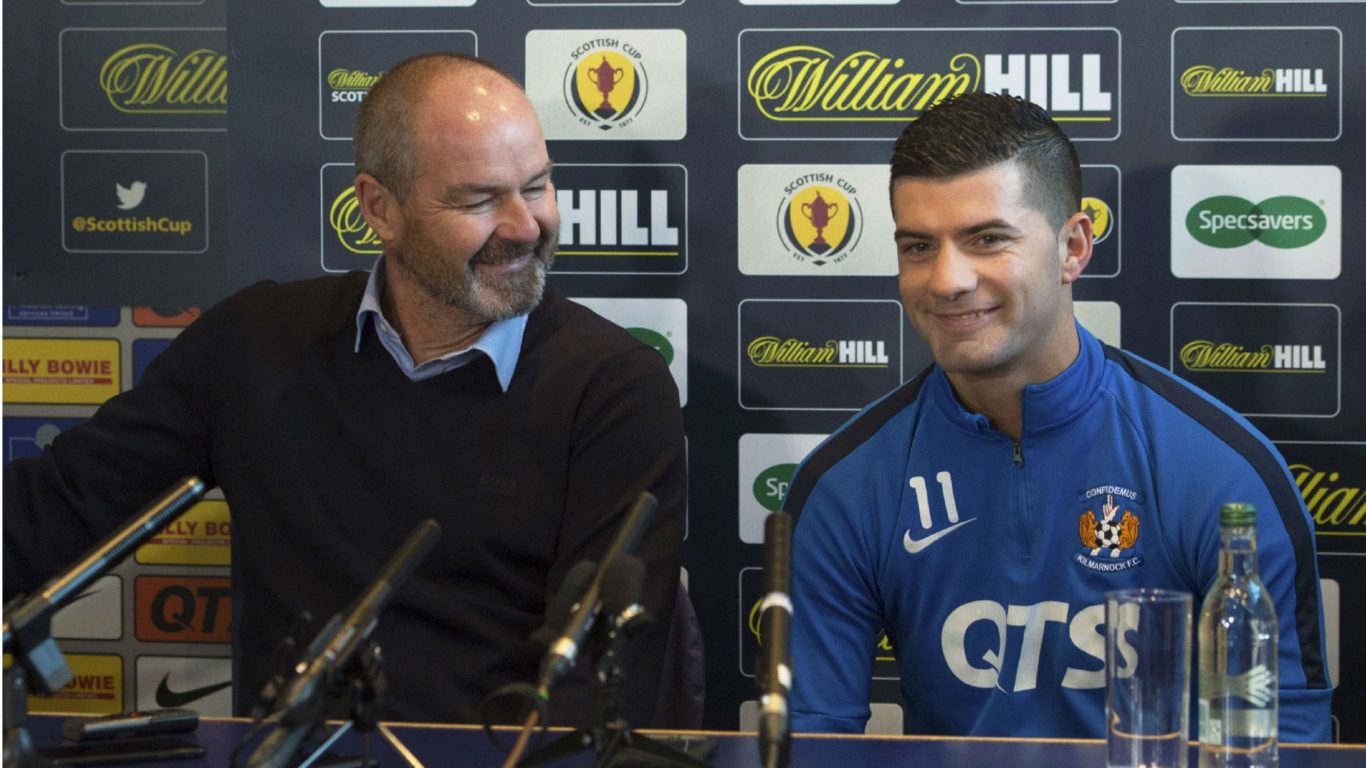 Steve Clarke and Jordan Jones met the media ahead of our Scottish Cup clash with Forfar with the Killie boss urging fans not to boo the winger ahead of his summer move to Rangers.

Jones will leave Rugby Park at the end of the season after agreeing a four-year contract with Steven Gerrard’s side.

Speaking ahead of our return to action, Jones discussed his tweet announcing his move, spending the next six months with Killie and how he aims to prove his commitment to the cause.