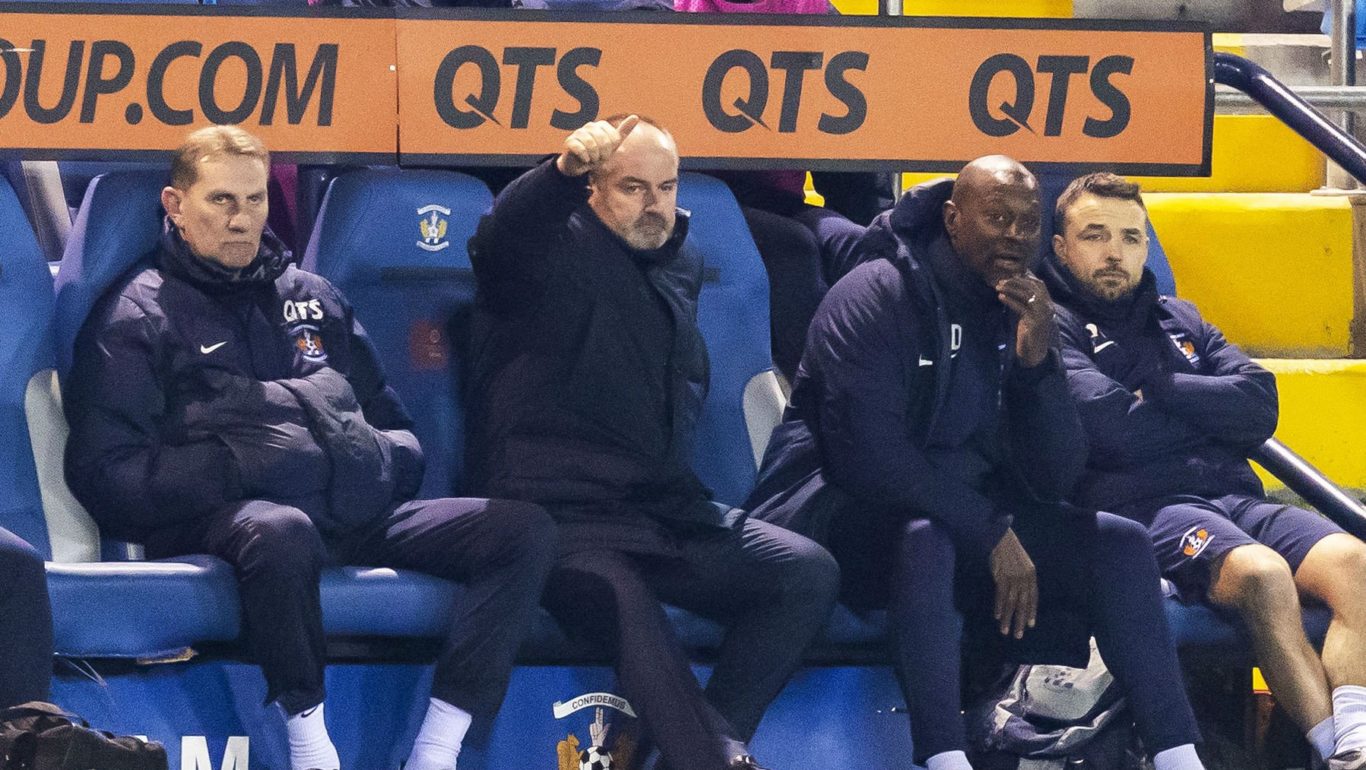 Steve Clarke: All our objectives are still in focus

Steve Clarke says his Kilmarnock side will regroup for the midweek trip to Dundee after a tough 2-1 loss to Hearts.

Goals from Sean Clare and Steven Naismith ensured the visitors left Rugby Park with three points with Jordan Jones' penalty for Killie not enough to claim a point.

Reflecting on the match, the Killie boss said: 'I think we’ll play worse this year and win games. The two goals we lost were uncharacteristic, especially the first one. We didn’t cover the midfield well enough and it was a good finish which snuck in at the bottom corner.

'I thought the second goal was a foul by Naismith on Chris Burke who was trying to protect the outside of the wall.'

Killie have a quick chance to bounce back with a trip to Dens Park on Wednesday night and the manager says there's no reason to be too negative.

He added: 'We have a day off then we’ll do three days training and then we get ready for the next game like we always do.

'There’s no drama. I’ve told the players all our objectives are still in focus. Sometimes in the league you lose games. You lose a game tonight that we didn’t deserve to lose.

'The game fell the way that Hearts had planned the game to go, so congratulations to Hearts but we move on to the next game no worries.'