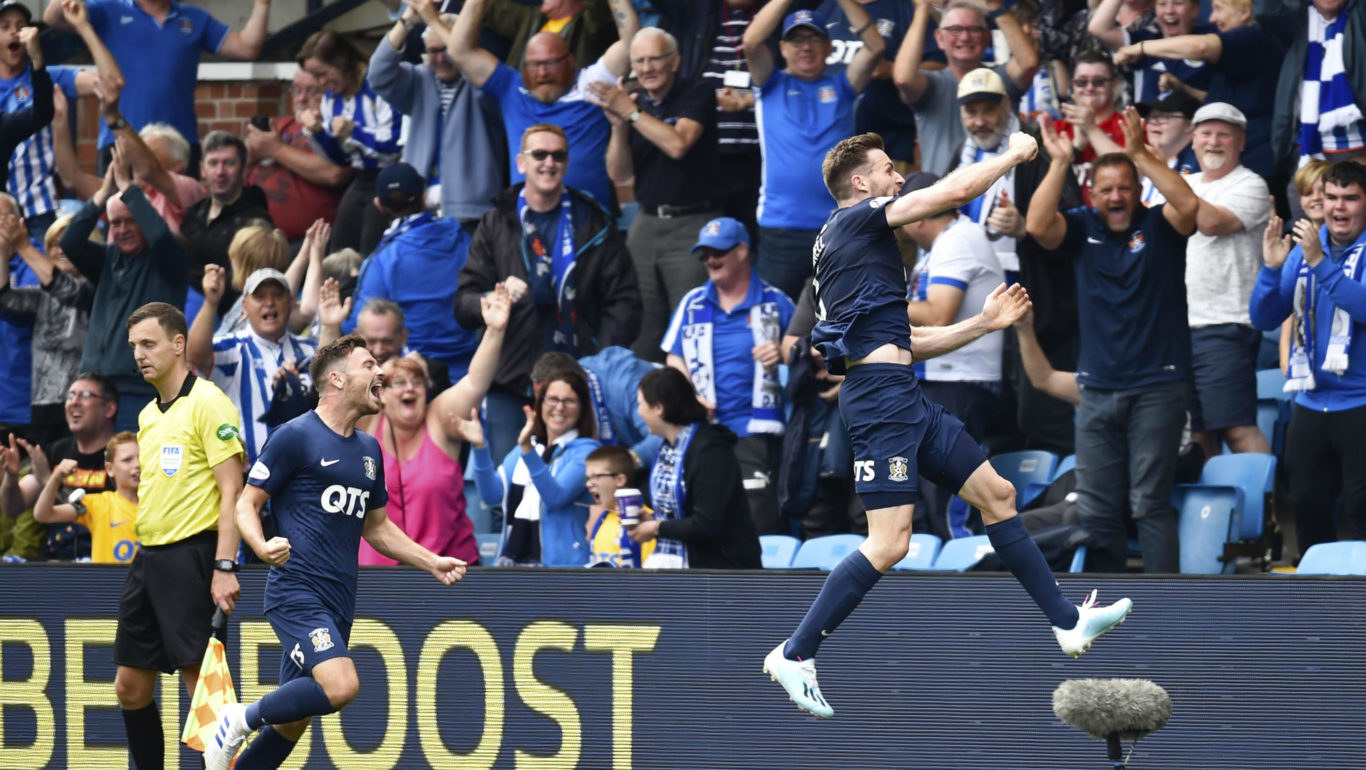 SOD: We can build on second half showing

Stephen O’Donnell believes Killie will come back stronger after this afternoon’s 2-1 defeat to Rangers.

And despite the heartbreak that came from that late goal, the defender believes today showed that the team are going in the right direction.

Speaking to Killie TV, he said: “I think the first half we struggled to put a stamp on the game. Rangers are a good side but we should have done better.

“We were solid and they struggled to break us down, other than the set-plays.

“From the top to the bottom of the club, we let the fans down after Connah’s. I hope today showed that we still have a lot of good players, especially after that second half.

“I think there’s still plenty to be positive about”

With a marked improvement in performance in the second-half, SOD believes the boys can learn from this – highlighting next week’s match away to Hamilton as the perfect place to bounce back.

“We tried to press a bit harder when we could. The pitch was a bit a sticky and that helped,” he explained.

“We were better on the ball, moved it well. They play an open, expansive game and that gave us the opportunity to do something.

“If we had a break, we could even have had a lead.

“It’s given us something to build on, and that’s something that everyone at the club will hold onto.

“We go again against Hamilton and hopefully we’ll be able to get those three points.”