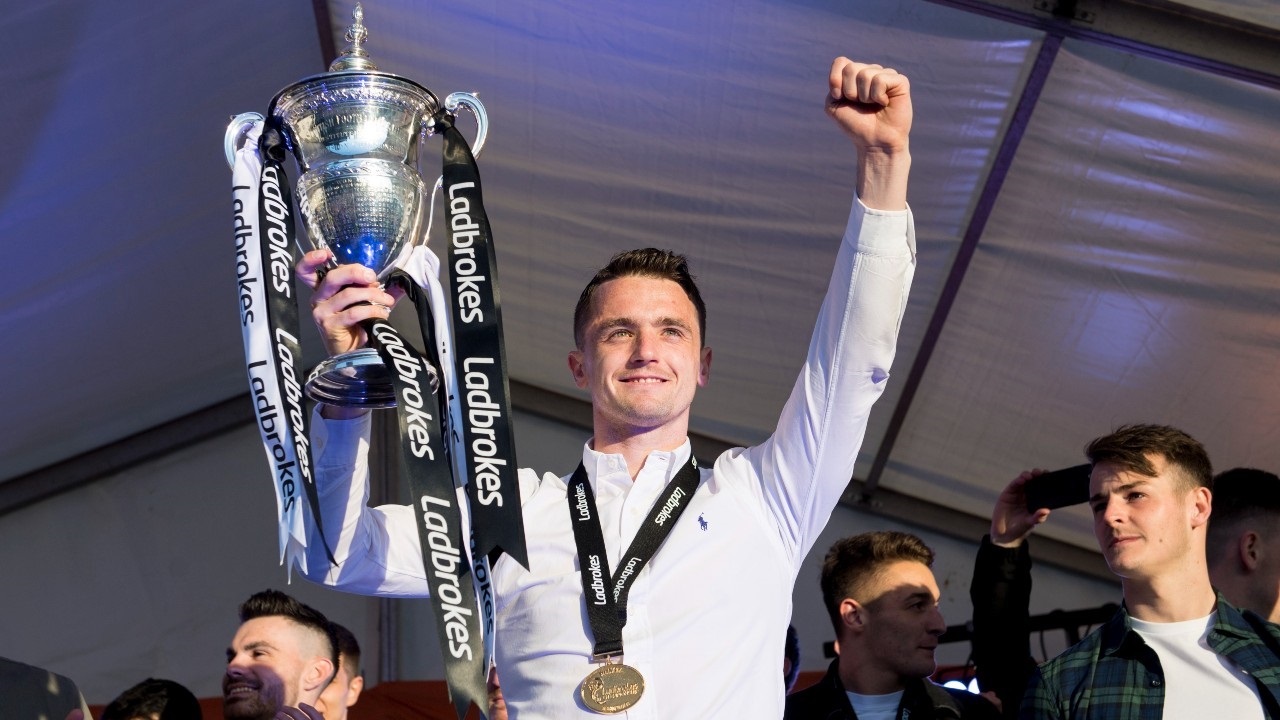 Stephen McGinn hopes to replicate one of the best seasons of his career after agreeing a one-year deal to join Kilmarnock.

The 32-year-old, who spent last season with Hibernian before a loan spell with Greenock Morton, was captain as St Mirren claimed the Championship title in 2017/18 – a campaign the midfielder ranks as one of the most enjoyable of his life.

The former Saints, Watford and Sheffield United man is the latest recruit to sign up to our Rugby Park rebuild and he made his excitement at the challenge ahead clear.

He said: “The chance to move here came up over the past few days and as soon as I heard about the club’s interest then I wanted it done right away.

“The chance to play for Kilmarnock, who are the biggest club in the league, and the chance to work with Tommy Wright, really appealed to me and I’m just delighted to join.

“Winning the Championship with St Mirren was one of the favourite seasons of my career and I felt I thrived while dealing with the mental pressure of challenging for a title, which have those moments where you need to turn draws into wins.

“After speaking to the manager and hearing about the season ticket sales, it really feels as though the supporters are buying into what’s happening at the club and if we can keep everyone pulling in the same direction then that can be a really powerful thing.”

Manager Tommy Wright added: “As we continue to build our new team, we’ve brought in players in their early or mid 20s but experience is also important and Stephen knows what it is like to win the Championship.

“I believe that experience will be invaluable and I really like the way Stephen plays the game.

“All the players we’ve added so far have shown a great determination and enthusiasm for getting the club back to the Premiership and Stephen was really keen to join and be part of something here.”