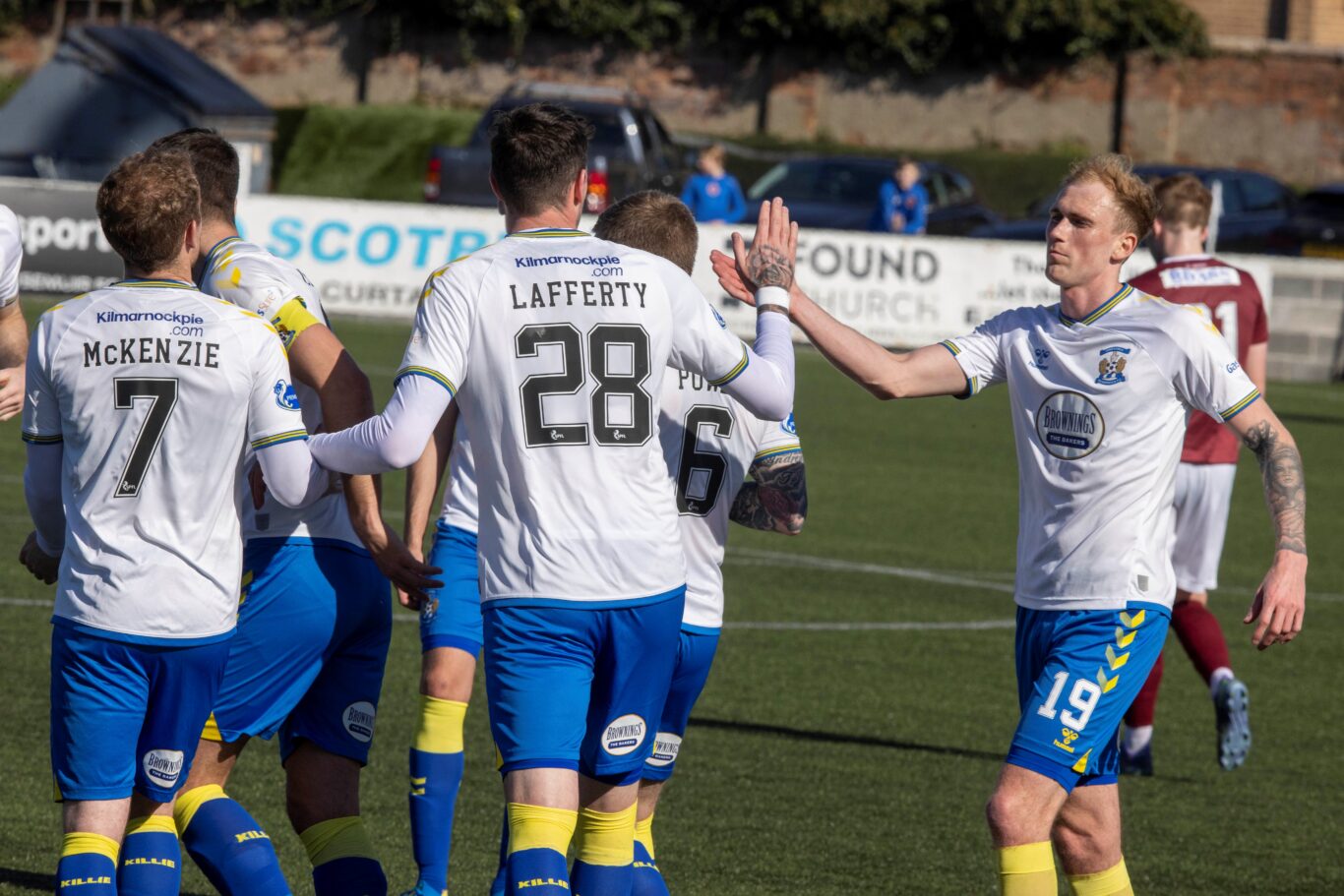 Kyle Lafferty scored a hat-trick to put Killie into the fourth round of the Scottish Cup with a 4-0 win over Stenhousemuir.

The Northern Irish striker was pushed in the back inside the penalty area just before the half hour mark and converted from the spot. And his second on the stroke of half time made the tie safe for Tommy Wright’s team.

Chris Burke was instrumental in helping Lafferty complete his hat-trick, bursting through before squaring the ball for the forward to tap home.

Killie dominated from the start, passing the ball around with pace and purpose with the hosts struggling to match the tempo.

Stenny goalkeeper Paddy Martin missed the cross from the right but Lafferty’s header went just over the bar.

A clash of heads saw Zech Medley forced off with Zeno Ibsen Rossi to halt matters for a number of minutes with no chances taken with the central defender.

Pinnock, McKenzie and Burke had all had efforts on goal before we made the breakthrough. Lafferty was shoved as he went to meet a searching cross and Greg Aitken pointed to the spot as Lafferty converted with precision.

The goal relaxed the visitors and it was soon 2-0 as quick feet around the box saw Lafferty apply the killer touch with a firm finish to make it 2-0.

Lafferty thought he had completed his hat-trick moments into the second half as his header from Pinnock’s cross hit the post and spun back towards goal but the spin somehow took it wide of the opposite post.

He wasn’t to be denied though and when Burke burst in down the right, he found the perfect pass for Lafferty to tap in and claim the match ball.

Martin had to be alert in the home goal to deny Pinnock and McKenzie what would have been deserved goals while the Stenny shot stopper looked smart to deny substitute Aaron Tshibola from a free kick.

Youth Academy graduate Steven Warnock made an apperance off the bench for McKenzie while fellow sub George Oakley took advantage of Stenny’s mistimed offside trap to score his first Killie goal as we comofrtably booked our spot in the fourth round.