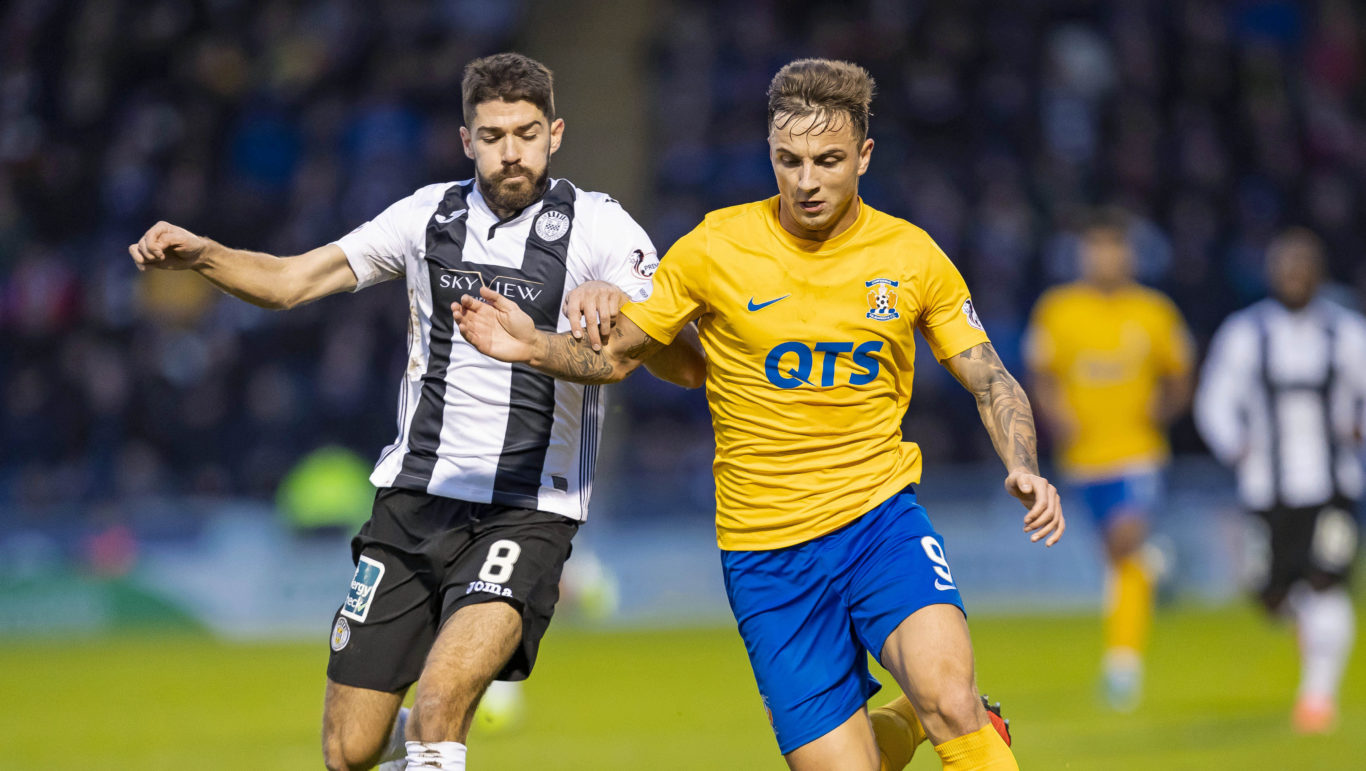 Killie’s final match of 2019 ended in defeat, as St. Mirren secured the points at the Simple Digital Arena in Paisley.

An Ilkay Durmus finish after 17 minutes was all that was required for the Buddies in a match where chances were again at a premium for Alex Dyer’s men.

With the backing of a sold out away stand, Killie came flying out of the traps. Two big chances arrived after ten minutes, Liam Millar going agonisingly close after Hamalainen’s cross picked him out with pin-point accuracy  whilst Brophy stung the palms of Vaclav Hladky from 25-yards just moments later.

Out of nowhere, the home side got their noses in front through Ilkay Durmus after 17 minutes, the Saints forward  timing his run to perfection to slot home an oncoming through-ball under Larry Branescu.

McKenzie and Burke worked the wide channels well as Killie attempted to mount a response, but Rory was forced to exit the game on the cusp of half-time after pulling up with an injury: Osman Sow introduced into the attack in his absence.

A response was required in the second 45: the looming figure of Osman Sow made some promising inroads as battle resumed, narrowly crowded out by the Buddies backline first time before seeing a chipped effort chopped off for offside a few minutes later.

St, Mirren were hitting top stride by this point, zipping the ball about well as they probed for a second: the powerhouse figure of Jon Obika causing mayhem as he battered at the Killie front door.

In truth, Killie struggled to cope with St. Mirren’s relentless attacking pack: with Branescu forced to produce a vital reaction save to claw away Tony Andreu’s header on 69 minutes, whilst Iain Wilson made a last-gasp tackle to deny what looked like a certain Cammy Macpherson goal.

Much huffing and puffing followed: again with little quality as both sides grappled with each other to little affect.

There were to be no further goals though, and Killie end 2019 with a defeat. Thank you for support this year, we’ll see you in the new year.