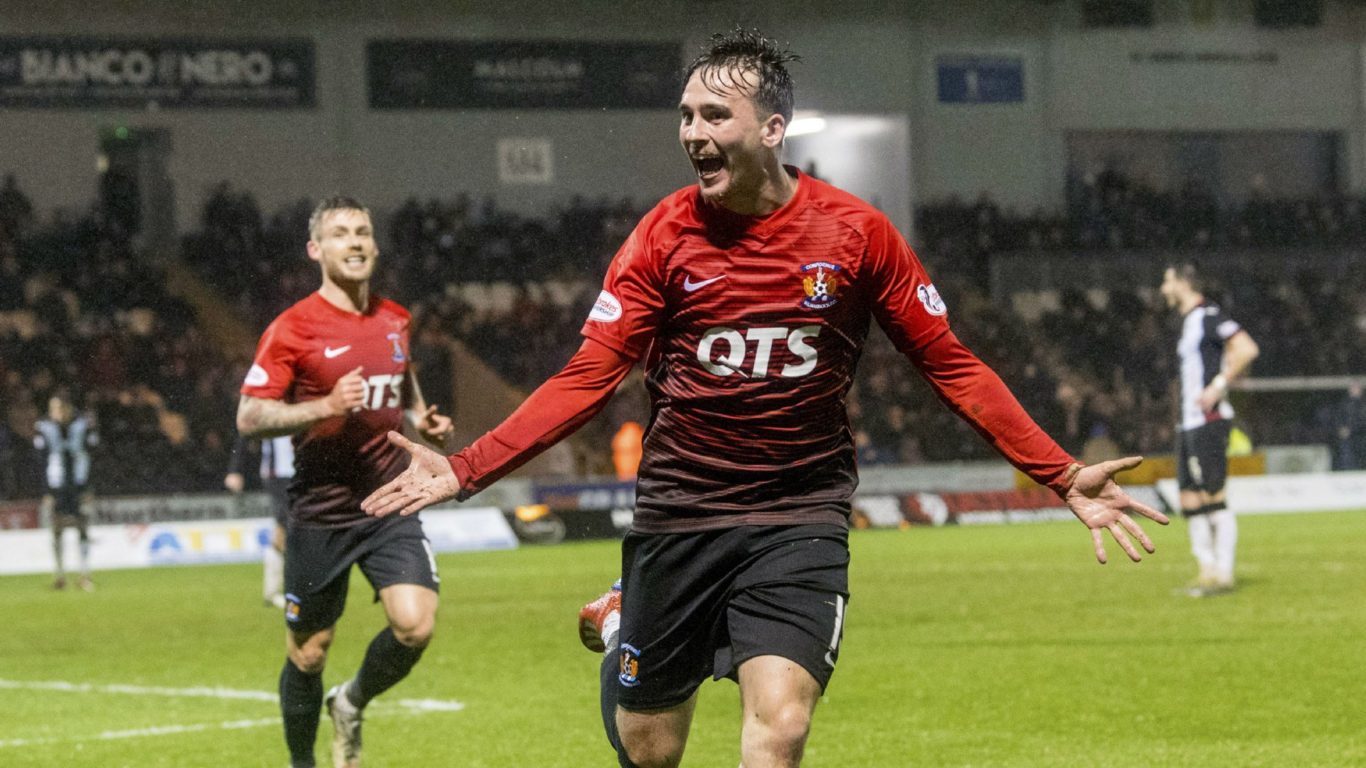 Kilmarnock took a huge stride towards securing our top six place after Liam Millar struck late to earn a 1-0 win over St Mirren.

The on-loan Liverpool forward latched onto Eamonn Brophy’s centre to find the net and end Killie’s winless run and goal drought in one fell swoop.

The result leaves Killie 10 points clear of seventh place Motherwell with 12 points left to play for before the Premiership splits into two groups of six.

Greg Taylor and Eamonn Brophy returned to the starting XI with Rory McKenzie in midfield alongside Alan Power and Gary Dicker.

Brophy and Chris Burke both tested Saints goalkeeper Vaclav Hladky in the early stages with Simeon Jackson looking sharp for the hosts at the other end.

Without a win in eight games and with Saints coming into the match off the back of a late win against Livingston, the onus was on Steve Clarke’s men to respond.

Backed a large visiting support on a wet and wild Monday night, the Killie squad battled well to match their opponents with the wind at their backs.

Things changed after the break with Killie able to show increased attacking intent with Rory McKenzie seeing a penalty claim waved away despite it looking as though the attacker was brought down in the penalty area.

Our last goal had come through Chris Burke on February 6 and it looked like being another frustrating evening in front of goal as Brophy saw his quick turn and shot hit the post and bounce back out.

Stuart Findlay had to look alert at the other end of the field with two superb defensive blocks to deny Jackson as he ran in on goal.

And the defender’s fine form was rewarded when Killie broke up the park and made the all important breakthrough.

Liam Millar and Conor McAleny were introduced to the action and the former was to make his mark in the best possible fashion.

Burke found Brophy and his ball across the face of goal was nudged into the net by the sliding Millar for his first goal in senior football. It sparked scenes of celebration in the away end as the Killie bench signalled for Aaron Tshibola to get ready to take to the field.

He helped Killie see the match out for a hugely important three points after a tough run of results.