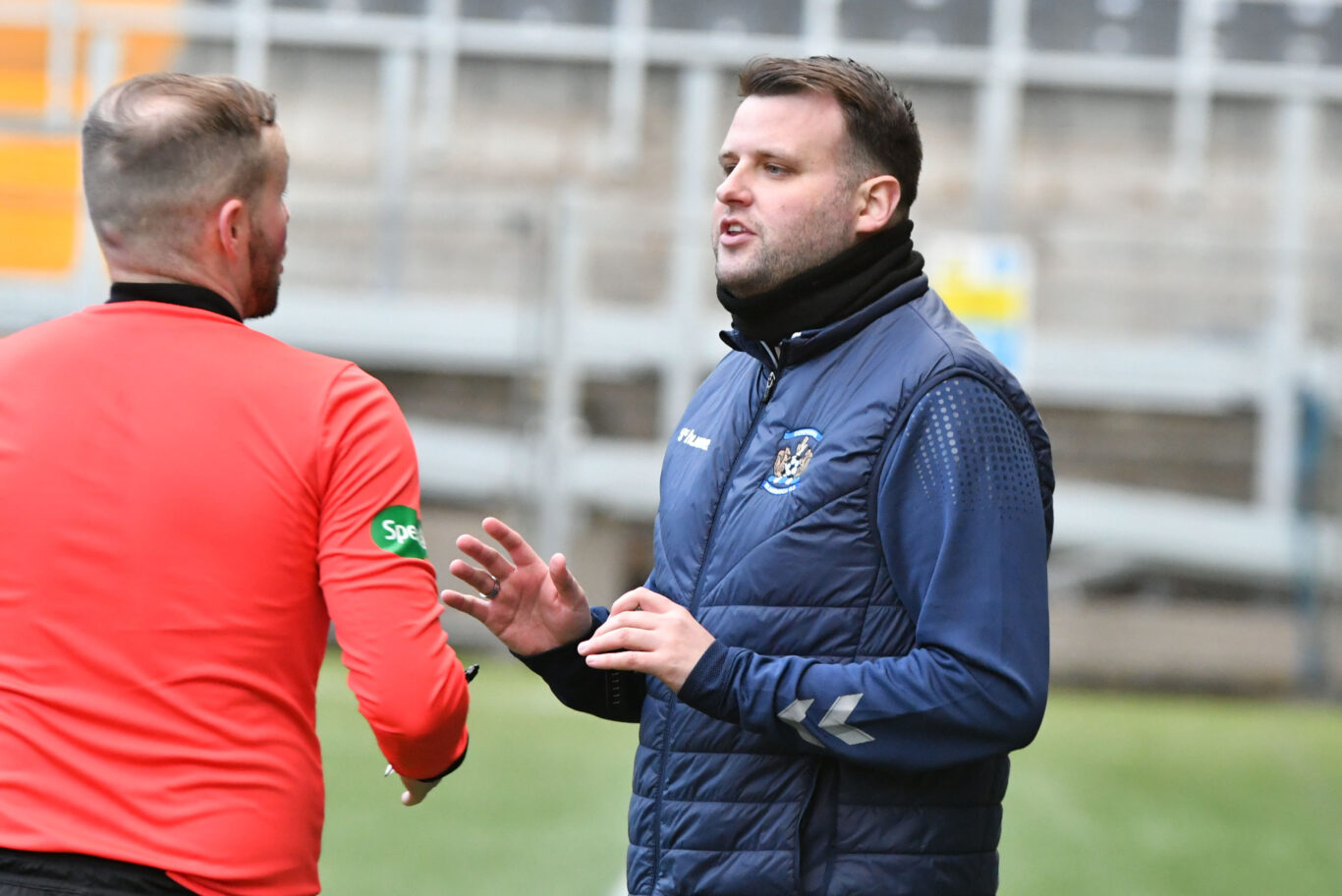 Killie racked up another SWPL2 win in fine fashion as they defeated St. Johnstone 4-2 at the Riverside Stadium.

A double from Kirsty O’Brien alongside strikes from Lisa Swanson and Georgia Crooks ensured Killie left Perthshire with all the points.

It was a bright start by Andy Gardner’s side, Amy Burrows nearly opening the scoring after just two minutes. Abby Robinson’s corner found the head of Burrows, but she couldn’t quite steer it on target.

It was another Robinson corner that led to the first goal; Swanson flicking home a drilled Shelley Campbell shot to get Killie started after eight minutes, with O’Brien grabbing the second just moments later. A powerful effort that gave the ‘keeper no chance.

Kilmarnock made it to half-time with a clean scoresheet, but Saints emerged with renewed resolve in the second half. Morgan Steedman evaded her markers and rounded Molly Reeve to throw the Perth women a lifeline after 52 minutes.

Both Abby Robinson and Lisa Swanson looked dangerous, but it was Georgia Crooks who popped up with a curled effort into the bottom corner to widen the gap once again after 57 minutes.

St. Johnstone responded almost immediately from a corner, Ellie Cowie rising to power home a header as Saints turned up the heat with full-time approaching.

Alex Middleton was swinging in fine balls, whilst Monica Harty nearly rounded the ‘keeper herself, but O’Brien stepped up once more to put the result beyond all doubt.

Deep into injury time, she hit a sweet 25-yard raker to secure all three points.