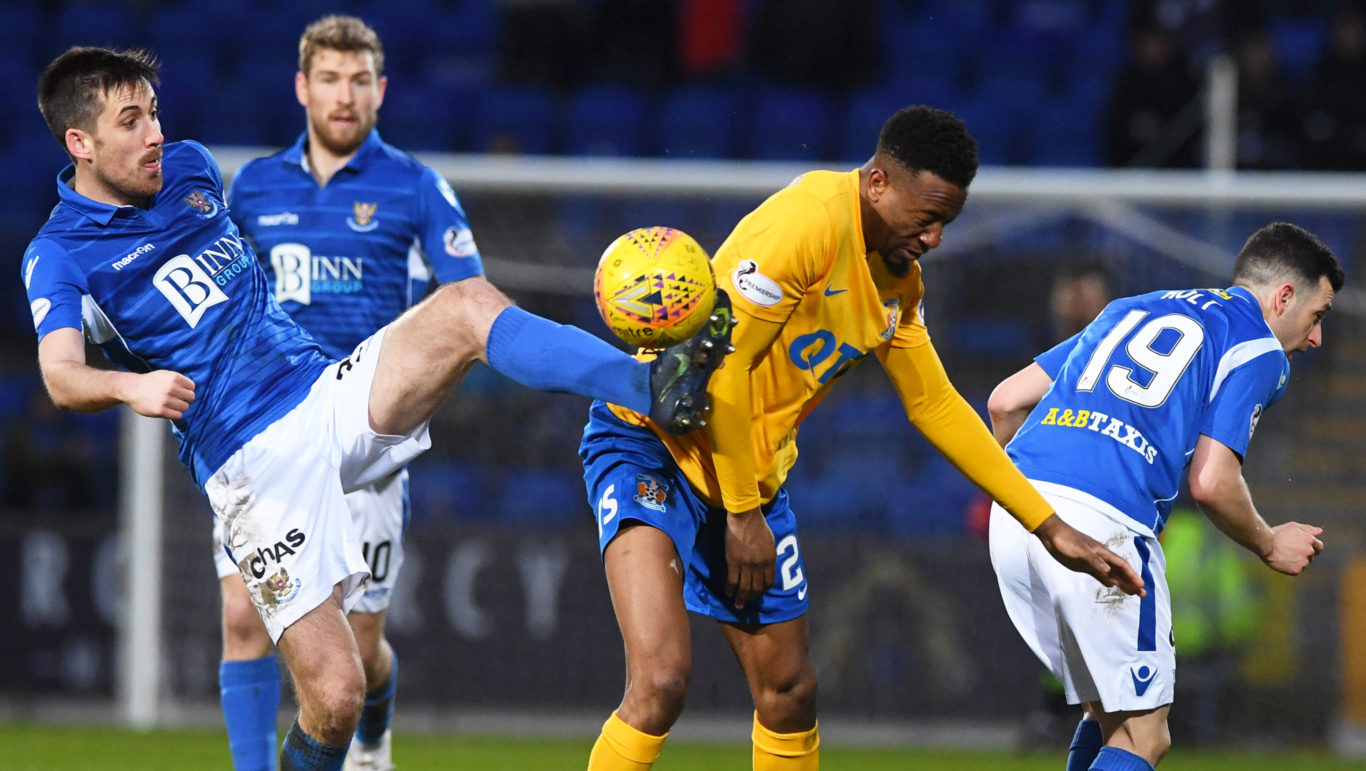 Kilmarnock were condemned to defeat in their first away match of 2020 after a second-half David Wotherspoon volley secured the points for the home side.

There were two changes to the team, Alex Bruce and Mo El Makrini dropping out in place of Dario Del Fabro and Greg Kiltie.

St. Johnstone struck first: Ali McCann bundling home the ball at the back post after a speculative Saints cross from the left.

It was a nightmare start, but Killie soon pulled themselves back on level terms after 22 minutes courtesy of a fine Chris Burke penalty, the winger stroking the ball under Zander Clark after being fouled in the box in the preceding attack.

It took some inspired goalkeeping from Clark, two saves to deny Burke then Nicke Kabamba, to keep Alex Dyer’s men at bay in the moments after the penalty.

The momentum was with Killie, but aside from a deflected Kiltie effort that was halted by the Saints keeper, there was little to shout about in an attacking sense for the remainder of the first-half.

It was all to play for in the second 45, both sides rumbling forward with menacing intent as the battle for three points intensified.

Both midfields were locked in a seemingly endless loop of recycling possession, neither side quite showing the cutting edge required to make movements on a much needed second goal.

A glimmering chance fell the way of the hosts after 77 minutes of battle, Jan Koprivec pulling off a  fantastic stretching save to deny a superb Callum Hendry free-kick that was certainly destined for the top-right corner.

Hendry rapidly developed into a painful thorn in Killie’s side; the Saints striker leading his line with menacing bravado as the Perth outfit battered on the front door.

Saints were eventually rewarded for their persistence in attack: David Wotherspoon drilling home a powerful volley from the edge of the area to hand the home side the lead, and the winner, after 83 minutes