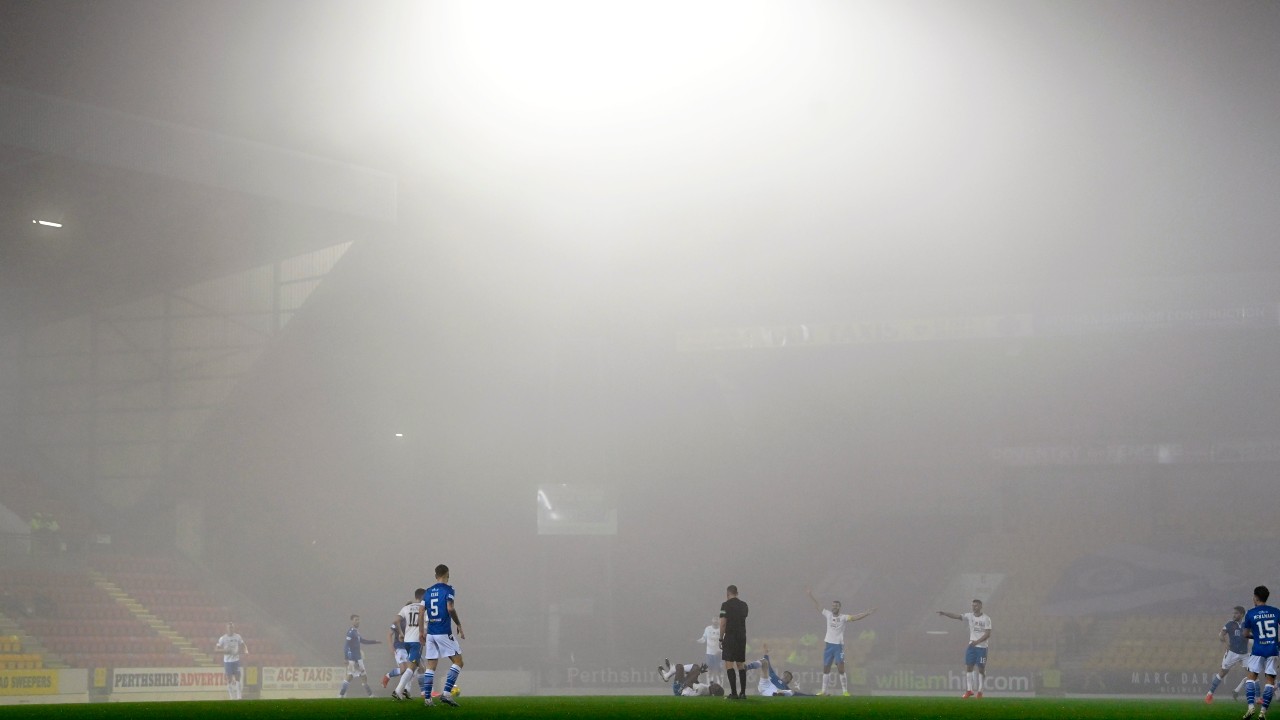 Killie fell down at a foogy McDiarmid Park as a Danny McNamara strike was enough to condemn Alex Dyer’s side to a third consecutive league loss.

In order to try and turn the tide, Greg Kiltie was the only change to last week’s starting XI but Jake Eastwood made a welcome return to the first team squad following his return from injury.

The home side made a change of their own with Ali McCann in for ex-Killie favourite Craig Bryson and Saints started well with their aggressive pressing game leaving the Ayrshire side unsettled.

Fog had been gathering around the stadium during the afternoon and things got progressively worse as the match went on with Killie struggling to get any real tempo to their game with misplaced passes or wayward attempts to find team-mates.

Slips in defence were also causing issues with Stevie May and Craig Conway both failing to take full advantage.

Kirk Broadfoot almost gave Killie the lead against the run of play as he met Chris Burke’s 23rd minute corner but his header crashed off the bar and bounced back out.

Right before the break and another big claim saw Greg Kiltie’s goalbound effort blocked by what appeared to be a Saints hand but referee Gavin Duncan was unable to see the incident.

As conditions continued to deteriorate, there was a real lack of quality in the contest although Saints were creating more clear-cut opportunities.

Wotherspoon and McNamara both tried to beat Danny Rogers before the major breakthrough finally came. A cross from the left was touched down by Saints sub Michael O’Hallloran and McNamara unleashed a fierce shot, which left Rogers with no chance in the Killie goal.

It prompted the Killie boss to make a double switch with Pinnock and Brophy coming on but they were starved of service with which to make any telling contribution.

Saints seemed one yard sharper than their visitors and as a Callum Hendry strike flashed wide of the post, it was hard to see any way back for Killie.

Sadly that proved to be the case as attentions now turn to a Betfred Cup double-header before we resume league business at home to Ross County on November 21.