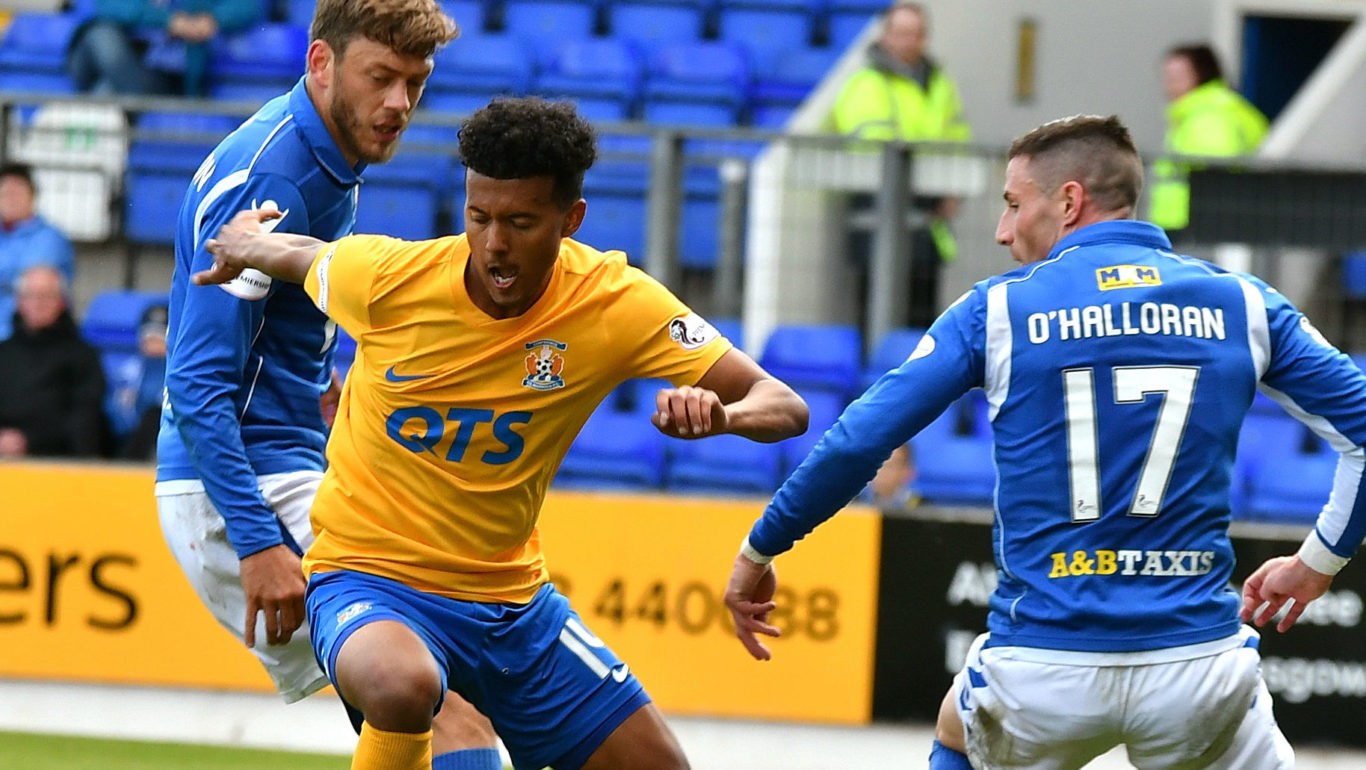 Killie secured their first win of the Premiership campaign, as windy conditions in Perth did little to stop Angelo Alessio’s Kilmarnock side from claiming victory against a solid St Johnstone, writes Ben Burns.

With new boy Dario Del Fabro, on loan from Juventus, making his first appearance in place of the injured Kirk Broadfoot and Stuart Findlay – it was a big test ahead.

The first opportunity of the game fell to Killie only five minutes in when Liam Millar got his head on the end of Rory McKenzie’s free kick, but the Canadian international couldn’t register his header on target.

Only two minutes later St Johnstone managed their first shot of the game when Matty Kennedy’s cross was met by Chris Kane, but the header was well saved by Branescu in the Killie goal.

The game continued in a similar vein, with both sides registering dangerous cross-balls into the area, but neither side could quite claim supremacy over the other after the first half-hour.

The break through came for Killie around the 40-minute mark, when on-loan Liverpool forward Liam Millar launched into a lung-busting 70-yard run down the left-wing following a failed free kick from Scott Tanser, before finding O’Donnell in the box, who finished it calmly to give Killie the lead.

The first half continued in the same vein, with Killie piling pressure on the St Johnstone box before the referee called time on the first half.

St Johnstone started the second half with renewed vigour, although they were unable to break down the Killie defence.

The first real chance of the half fell to St Johnstone, when Michael O’Halloran fired over the bar from 25 yards.

The solid defensive pairing of Alex Bruce and on loan Juventus centre-back Dario Del Fabro kept chances to a minimum for St Johnstone in the second half, with the Saints restricted largely distance efforts on the Killie goal

St Johnstone managed a couple of shots on goal from inside the area in the 71st minute, with both being volleyed efforts from Stevie May.

Killie came close to doubling their lead when Dom Thomas dribbled in from the right-hand side in the 88h minute, before firing a left footed shot goalward, which was ultimately saved by Clark in the St Johnstone goal.

Calls for a St Johnstone penalty in stoppage time for a supposed handball were dismissed by referee David Munro, so Killie take all three points back to Ayrshire as we register our first win of the 2019/20 Scottish Premiership campaign