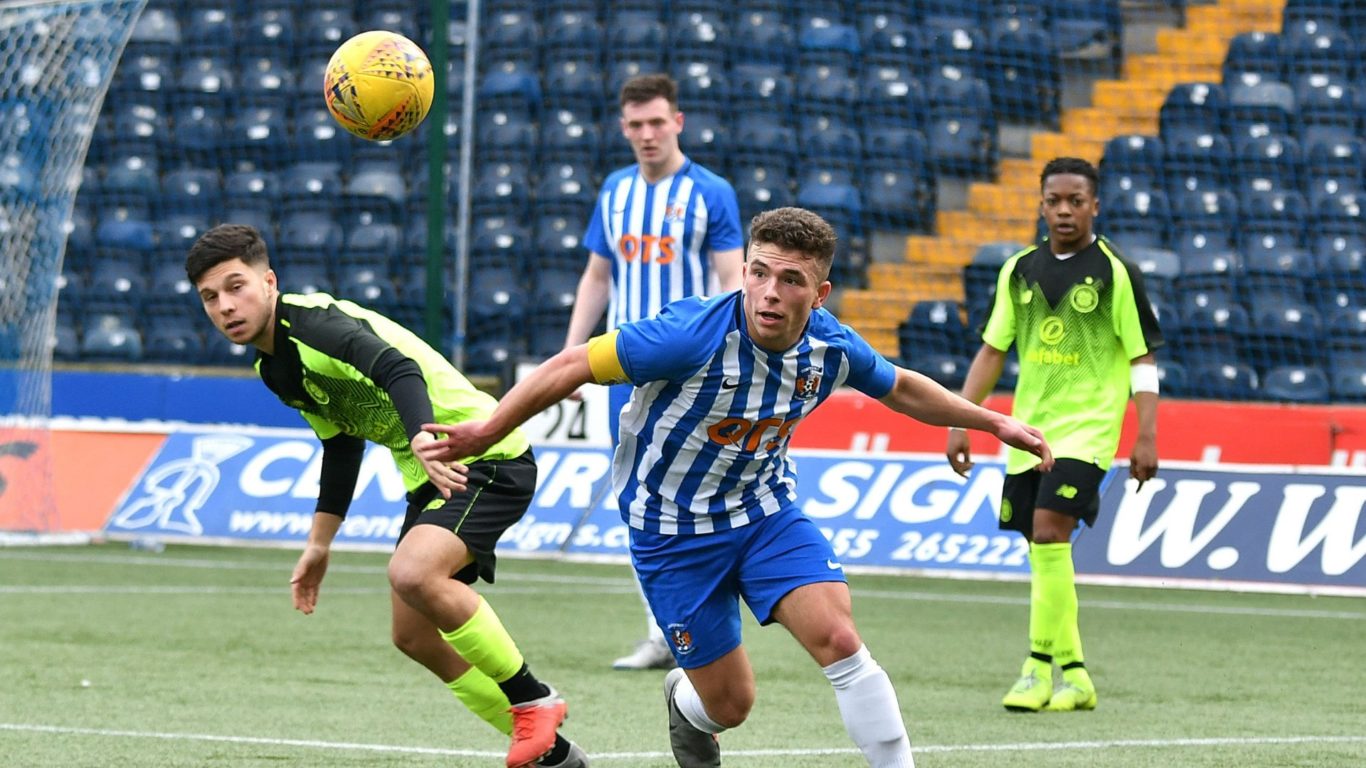 SPFL Reserves: Killie lose out at home to Celtic

Andy Millen’s Killie Reserves went down 1-0 at home to Celtic after spurning some good second-half chances.

Armstrong Oko-Flex scored the only goal of the match, heading home from a wonderful through pass by Kerr McInroy.

Killie lined up in a 4-3-3 formation with Will Graham operating as a false nine, supported by Kenny Barr and Oliver McDonald on the flanks.

It was the host’s who threatened first with skipper Adam Frizzell and Will Graham combining to set up Tomas Brindley, who shot wide of Ryan Mullen’s left post.

Celtic’s main threat early on was coming from Oko-Flex on the left wing with the former Arsenal youngster winning a series of free-kicks. Allan curled a teasing cross to the back post where Compper tapped home only to see the linesman’s flag raised for offside.

Killie appeared content to allow the Glasgow side to enjoy the majority of possession but they failed to put enough pressure on McInroy in the middle of the field and he lofted a fine pass towards Oxo-Flex, who headed beyond Devlin Mackay to give Celtic the lead.

Millen’s men almost responded immediately through Frizzell but Mullen was able to tip his deflected effort round the post to safety.

Damien Duff, who has joined Tommy McIntyre as Reserve Coach, was a busy man on the sidelines directing his team and he almost saw them double their lead. Karamko Dembele showed great dribbling skills while cutting in from the right but Devlin Mackay got a strong wrist to his shot and palmed the ball away.

An almighty goalmouth scramble saw the Killie defenders throw their bodies on the line to clear off the line as Celtic began to show their quality in attack with Aitchison, Dembele and Ross McLaughlin finding space between the lines.

Dembele was really starting to impose himself on the match and another fine run inside saw the youngster hit another strike only for Mackay to produce another outstanding save to tip the ball onto the crossbar.

Killie almost made Celtic pay a heavy price as Deveney rose well to meet a Frizzell corner only to see his header drift agonisingly wide of the post. Substitute Andy Monk also spurned a great opportunity when he couldn’t direct a header from McLevy’s cross on target.

Another well-worked move saw Deveney cross for Graham only for Mullen to make a fine save to halt the Killie attacker. Dan Higgins struck the crossbar in the final moments with a fine curling effort but it was not to be the home side’s day.