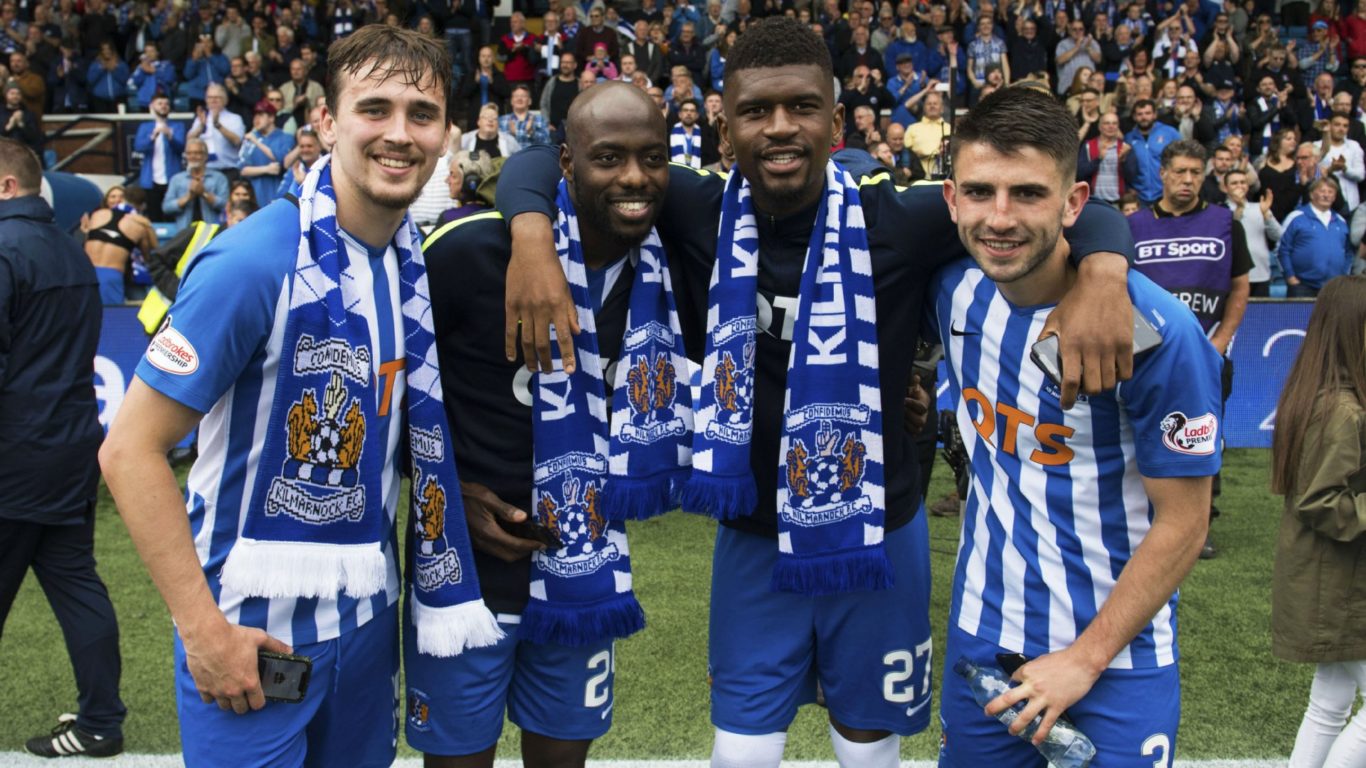 Kilmarnock FC can confirm the following players have returned to their parent clubs following the end of their loan spells.

Dan Bachmann returns to Watford having become a real fans’ favourite at Rugby Park with his talent and passion clear for all to see. After making his debut against Rangers in August, the Austrian broke into the side at Tynecastle in November and never looked back as he went on to keep 14 clean sheets in 28 appearances.

After arriving on loan from Liverpool on deadline day, Liam Millar scored his first senior goal in a crucial 1-0 win over St Mirren in March. The Canadian teenager excited the Killie fans with his pace and skill with his goal in Paisley sparking a run of six wins, two draws and two losses in our last 10 matches.

The 19-year-old has been selected for Canada’s 40-man provisional roster for this summer’s Gold Cup.

Youssouf Mulumbu was certainly at the centre of Killie’s post-season celebrations, soaking manager Steve Clarke as he gave his farewell speech to the Rugby Park crowd. The midfielder came back to Killie on loan from Celtic and he made a real impact in his second Killie spell, scoring once and setting up crucial goals for Stuart Findlay and Chris Burke in the race for Europe.

It could be a busy summer for Youssouf as DR Congo prepare to take part in the African Cup of Nations this summer.

Aaron Tshibola also returned to Ayrshire for a second spell with Killie and he helped bolster our strong collections of central midfielders throughout the campaign. Aaron scored once in 29 games during 2018/19 and now heads back to Aston Villa.

Mikael Ndjoli started the season on fire with three goals in the Betfred Cup group stages following his arrival from Bournemouth. Mika lit up our Premiership opener against St Johnstone with a stunning strike and his ability to stretch defences proved to be a strong asset in matches at and away from Rugby Park.

His only other Killie goal came in the 5-0 rout of Hamilton Accies and he now returns south to rejoin Eddie Howe’s men.

Last but by no means least is January arrival Conor McAleny. The popular Scouser found the net just 18 minutes into his debut in the 2-2 draw with Dundee.

Conor’s goals against Rangers and Hamilton in March helped deliver four points for Killie while he also became a father for the first time during his spell in Scotland.

Everyone at the club would like to thank all of our loan players for their efforts and fantastic contribution to Kilmarnock during their time at Rugby Park.

We wish all the players the very best in the future and we are sure our supporters will keep a close eye on their progress going forward.