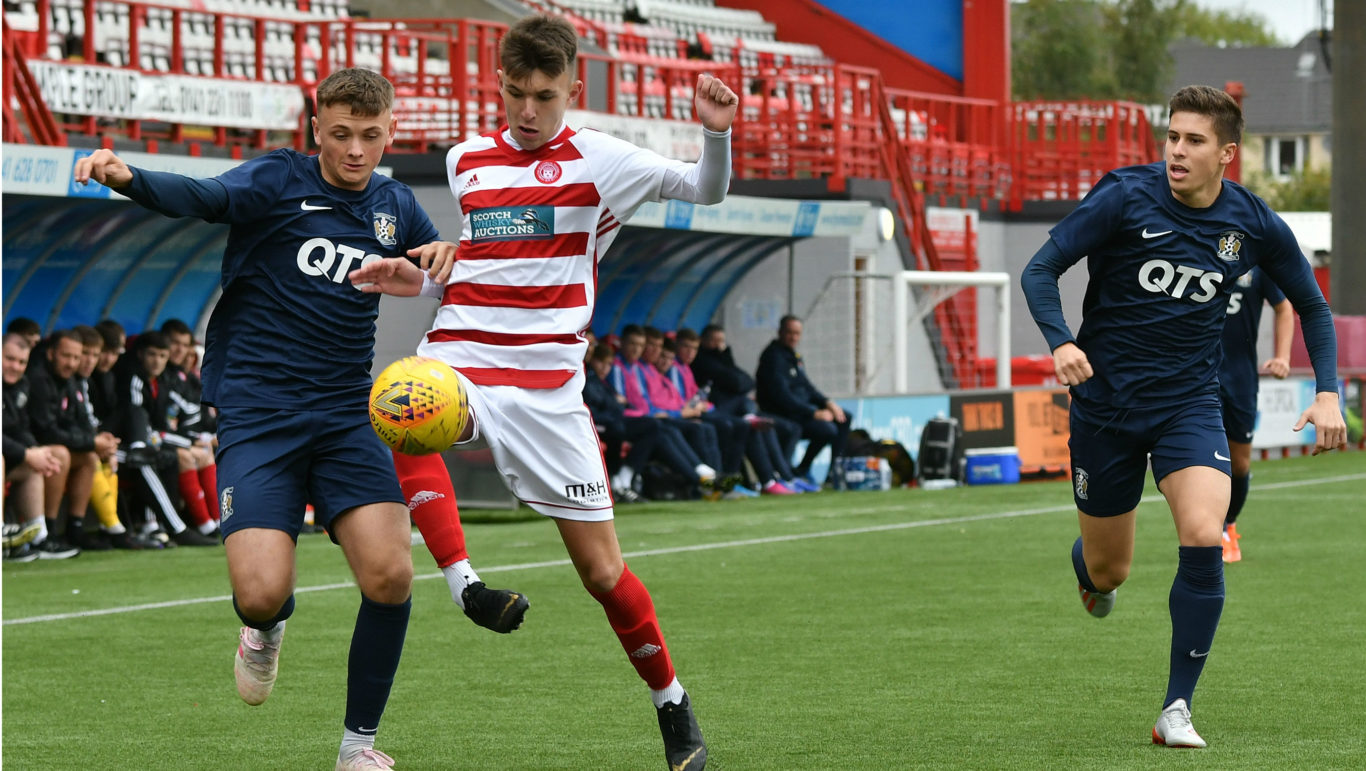 Killie Reserves were made to pay for their mistakes as they twice surrendered the lead to lose out 3-2 at Hamilton.

After being held to a 0-0 draw last week, Andy Millen’s team were bolstered by the inclusion of Harvey St Clair in attack with the on-loan Scotland U21 forward taking just 21 minutes to make his mark.

Tomas Brindley latched on to a bouncing ball before delivering a perfectly-weighted through ball which St Clair dinked delightfully over Accies goalkeeper Kyle Gourlay.

St Clair’s inclusion provided crucial support for Kyle Connell in attack with Oliver McDonald and Andy Monk attacking from the flanks. Stephen Hendrie returned to the ground where he made his name while Luke Barlow moved in at right back with Edin Lynch forming a partnership with Johnson in the centre of defence.

With Iain Wilson pulling the strings in midfield, Killie appeared in control only for Accies to spring a shock and level the match. Korede Adedoyin showed impressive footwork to drive forward and before the Killie defenders could adjust, the Accies winger shifted the ball onto his right foot before unleashing a strike past Curtis Lyle.

Parity only lasted three minutes as Hendrie’s determination down the left led to a corner and from the delivery, Connell couldn’t make the right contact but Connor Johnson swivelled on the six-yard line and forced the ball into the corner of the net.

An eventful afternoon continued minutes after the break as Andy Winter tumbled under the attentions of on-loan Wolves defender Johnson around the penalty spot. Referee Stewart Luke pointed to the spot to set up a duel with Curtis Lyle from 12 yards and while the Killie keeper had come out on top last week against Morton, he was sent the wrong way by Winter to make it 2-2.

It was an end-to-end contest now with Adedoyin and Scott Martin both going close for Accies while Gourlay produced a strong hand to Barlow’s low drive after a determined mazy run by Johnson down the right touchline.

Having led twice, Killie fell behind ten minutes from time when Johnson was robbed of the ball by Sean Slaven with substitute Kyle Munro dribbling into the penalty area before firing the ball into the corner to the delight of the home coaching staff.

One late chance saw St Clair play a fantastic outside of the foot pass to release Kenny Barr but the Killie substitute could only find the hands of Gourlay. And the Accies keeper held on at the death as Wilson struck at goal through a ruck of bodies.