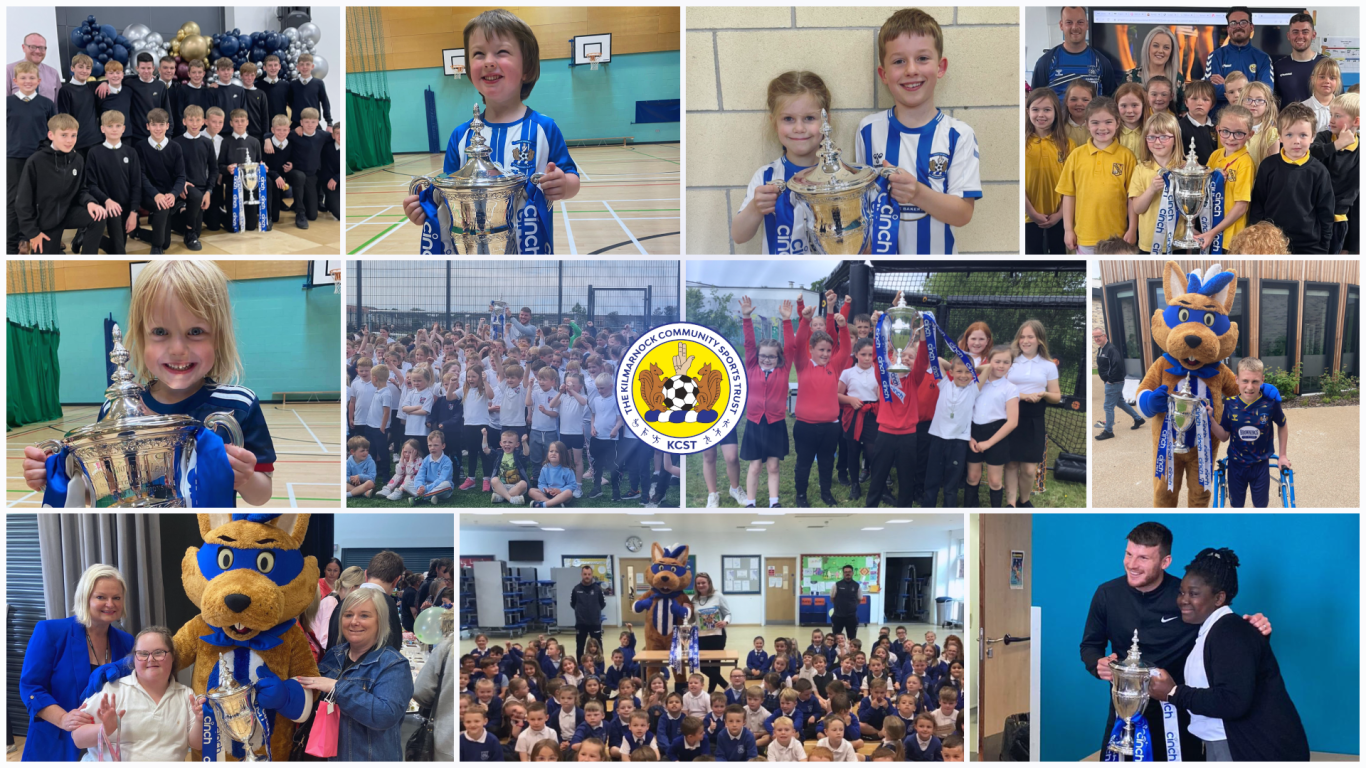 A whopping 5,925 young people got a glimpse of the Scottish Championship trophy in  June, with some special guests joining the Kilmarnock Community Sports Trust’s Trophy Tour along the way.

Captain Chris Stokes, the man who held the trophy aloft on that famous night in April, joined the KCST team for several of the visits alongside mascot, Captain Conker.

Chris said: “It’s been fantastic to see how excited the kids are to see the trophy and hopefully we’ll see lots of them at Rugby Park this season.

“As a community club, it’s so important to connect with people in our area and help create the next generation of Kilmarnock supporters.”

We had a special visit from Kilmarnock Football Club today celebrating with the 2021/22 SPFL Championship Trophy.@KillieCommunity @KilmarnockFC pic.twitter.com/tLYZqNVfUL

Charity Manager, Jordan Allison said: “Since the Championship win, we have been blown away by the energy and enthusiasm of so many young people across Ayrshire.

“Taking the trophy to 5,925 pupils across 22 schools in the space of a month has been a great effort from KCST and has been an absolute privilege to do so.

“The Trophy Tour has inspired many young supporters and has allowed our Charity to introduce thousands more young people to our important community programmes.”

Find out more about our community work and get in touch with the team at KCST.