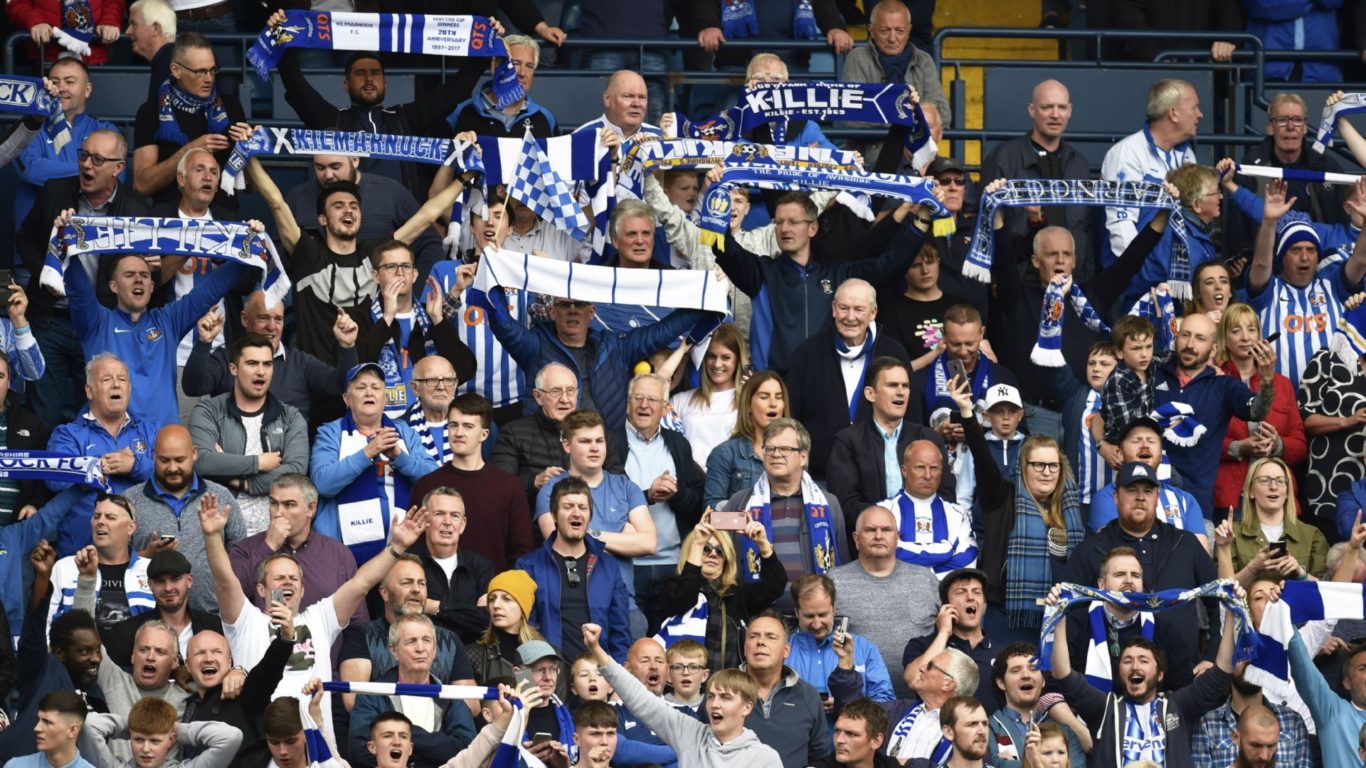 Safe standing areas to be installed at Rugby Park

Working with Trust in Killie, the club has identified an area of the East Stand and one section of the Moffat Stand to introduce rail seats, which can be flipped up or even locked in place to create a standing area.

Celtic were the first club in Scotland to install a safe standing section in 2016 with the aim of improving the matchday atmosphere and we hope to achieve the same at our stadium.

Director Cathy Jamieson said: “We have been looking at the option to install safe standing areas for the past few months and after much research, we are delighted to announce that we have agreed on an installation schedule and will be able to offer this very soon.

“Our supporters have been paramount to the process and as the first provincial Club in Scotland that will be able to offer this to fans, we really look forward to seeing the project to completion.

“Funded by Trust in Killie, a supporter lead organisation, we expect demand for this new area in the East Stand to be high and look forward to improving the matchday experience for our fans in the grounds where comradery will further enhance the matchday atmosphere.

“I would like to thank existing Season Ticket holders in this area, some of which have held their seats for a number of years, as they have very kindly agreed to move from the areas affected.

“We have been working hard to ensure they are satisfied with the service they received from our team to make sure they got the best alternative arrangements. Supporters in this area and Trust in Killie members will get first refusal in the new safe standing areas, but we are sure that there will be enough to appeal supporter demands.”

The club has been in contact with supporters in the designated areas but if you think your seat will be affected or you wish to speak to our ticketing team then please contact 01563 501970 or you can send an email to tickets@kilmarnockfc.co.uk