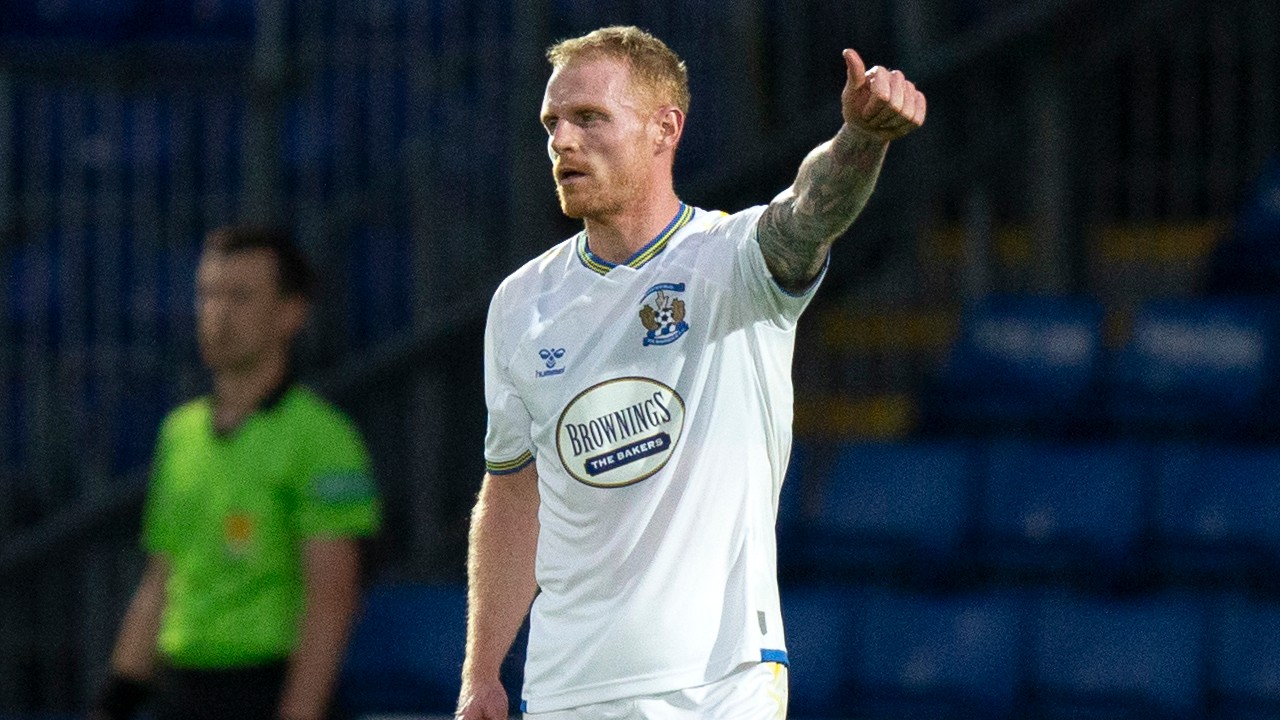 Alex Dyer was left to rue several key penalty calls as Killie fought back from behind, went ahead and then were forced to settle for a 2-2 draw in an entertaining game in Dingwall.

Mitch Pinnock was selected for his Killie debut, replacing the injured Rory McKenzie on the left of midfield and he was first to test County keeper Laidlaw from a free-kick from 25 yards out.

It was the Staggies who took the lead as Killie didn’t get to Josh Mullin quickly enough and he swung a tempting ball which Ross Draper met powerfully to head home.

The game’s next big incident saw Chris Burke brought down in the area by Josh Reid but referee Gavin Duncan waved away appeals for a spot kick.

Alex Dyer’s half-time team talk had the desired effect as Killie came out in the second period as a different animal.

Great interplay on the right between Burke and Millen saw the number 22 feed Power, who controlled the ball brilliantly before sliding the ball past Laidlaw.

The away team fed off the confidence of the goal and it was another moment of magic to put Killie ahead.

Alan Power’s cute ball inside found Burke on the right of the penalty area and he somehow found space at the near post to beat the County keeper with a surprise strike.

Just as Killie looked to assert their control on the game, then County were handed a lifeline.

Gavin Duncan pointed to the spot, judging that Burke had handled in the area and Ross Stewart stepped up to find the corner of the net.

It was an end-to-end contest in the closing stages with Burke trying to play in Haunstrup.