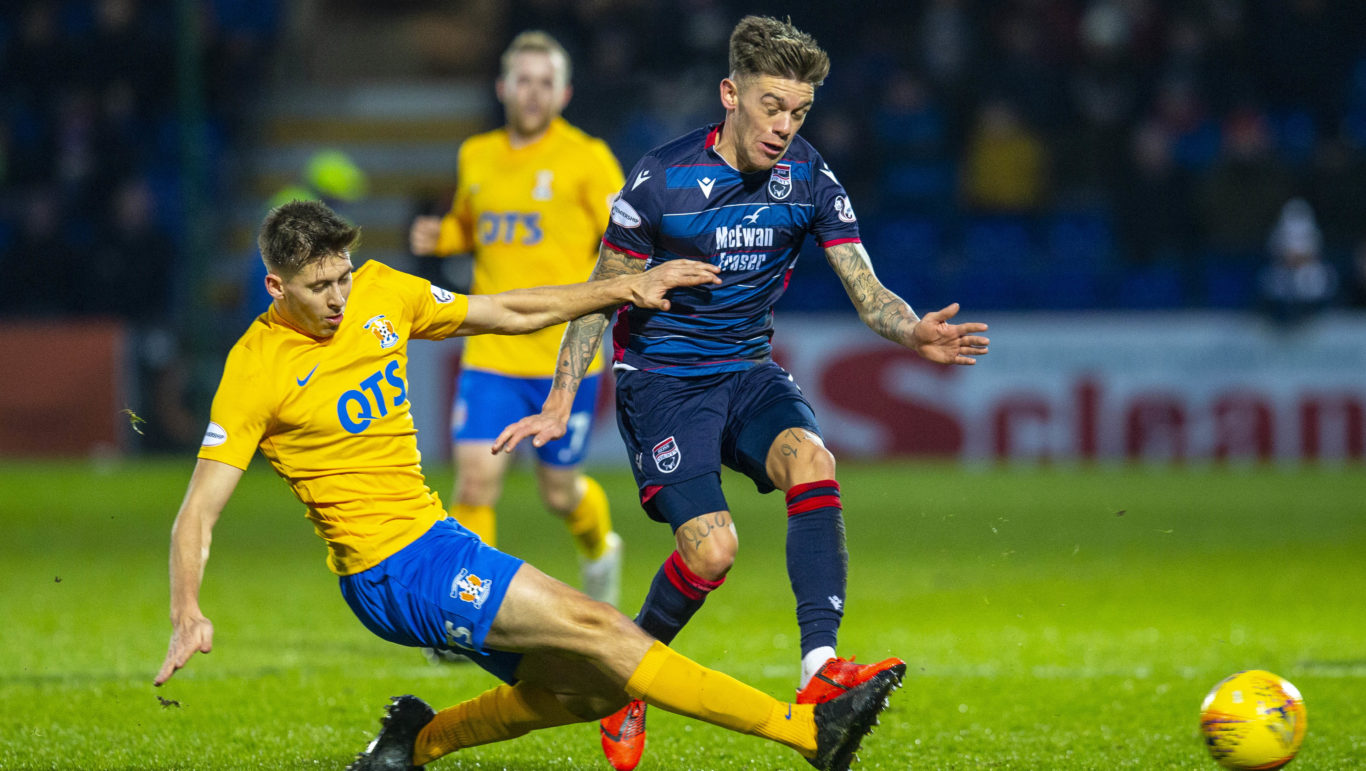 A late Lee Erwin goal broke Killie hearts, as the Staggies clinched all three points in a whirlwind game in Dingwall.

There were a sprinkling of changes in the Killie ranks, McKenzie tucking in behind Eamonn Brophy whilst Connor Johnson was appointed to centre-back: with Alex Bruce and Mo El Makrini dropping out.

Keen to make amends for last week’s horror show in West Lothian, Killie flew forward in those first 10 minutes – Liam Millar seeing a terrific run deep into the area narrowly crowded out, whilst Del Fabro went close after Burke’s cross picked the Italian out at the back post.

Killie never balked at the prospect of keeping it cooking, but with a Ross County team forcing chances, including one fine Branescu save, at the other end of the park, it was set to be a battle.

Both goalmouths had their heroes: Branescu moving with the speed of a viper to smother an oncoming Ross Stewart effort, whilst Eamonn Brophy battered past two men to let off a chance that was inches wide of goal.

After a first-half that was all enthusiasm, but with little real quality, both sides came out hoping to settle it once and for all.

Things stayed so tight however, with both sides trading dull punches as they hunted for a hit to the body: the best chance coming when Connor Johnson saw his flash header go achingly wide of the post after 71 minutes

Killie let out a sigh of relief minutes later, Lee Erwin breaking up the park before letting off an almighty effort on the half-volley – with it missing the goal by mere inches.

It was going to be a nervy end to the game, with Mo El Makrini and Dom Thomas introduced in the closing stages of the match as the battle for a goal intensified.

Into three minutes of added time, and it was to be heartbreak for Killie: Lee Erwin pounced to tap home after a failed Killie effort to clear an initial County effort to bring the match to an end.