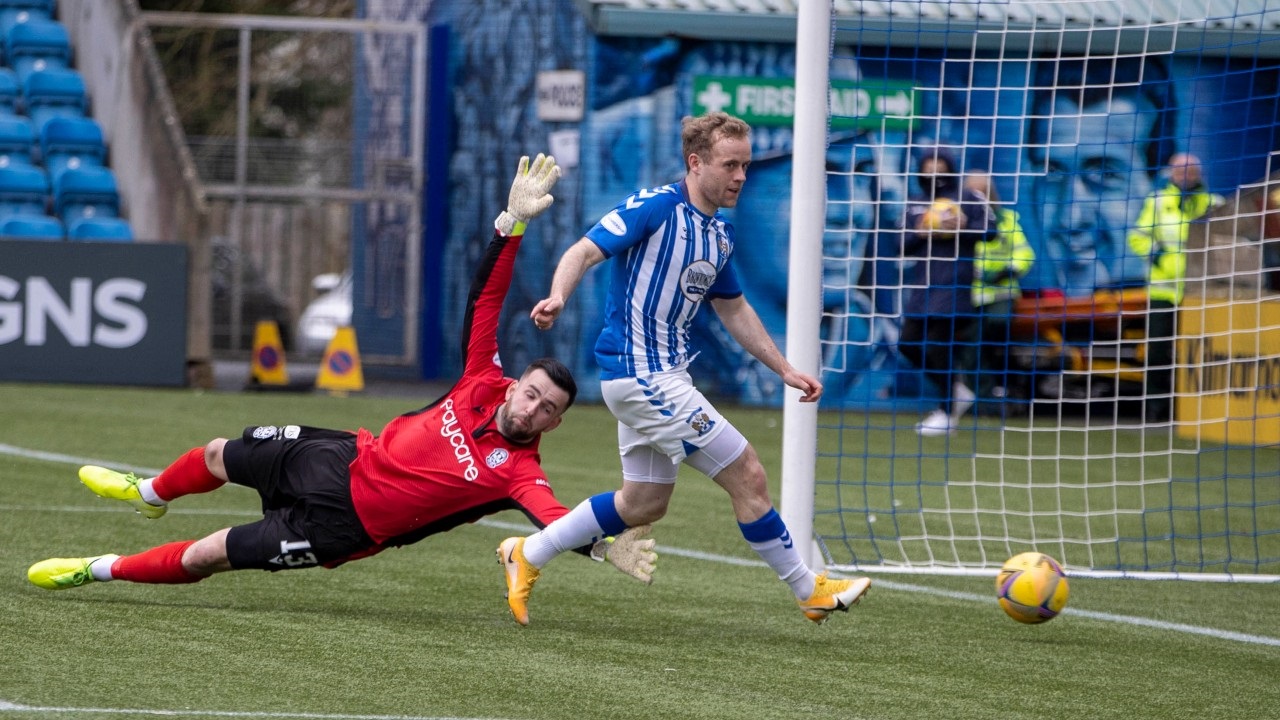 Rory McKenzie has called for Killie to embark on a post-split winning to run to secure our Scottish Premiership place after our 4-1 triumph over Motherwell.

Rory told Killie TV: “With no game this week, it would have been tough going into that having not won so the results went our way last weekend and we’ve capitalized with a good win against Motherwell.

“Let’s hope we can kick on and win the next five games.

“The teams around us have had mini runs in the last few months but yet we were still within touching distance.

“On one hand that’s not good enough but we have to capitalize on that being the case and let’s hope we can kickstart a run and it’ll be a great time for it to happen.”