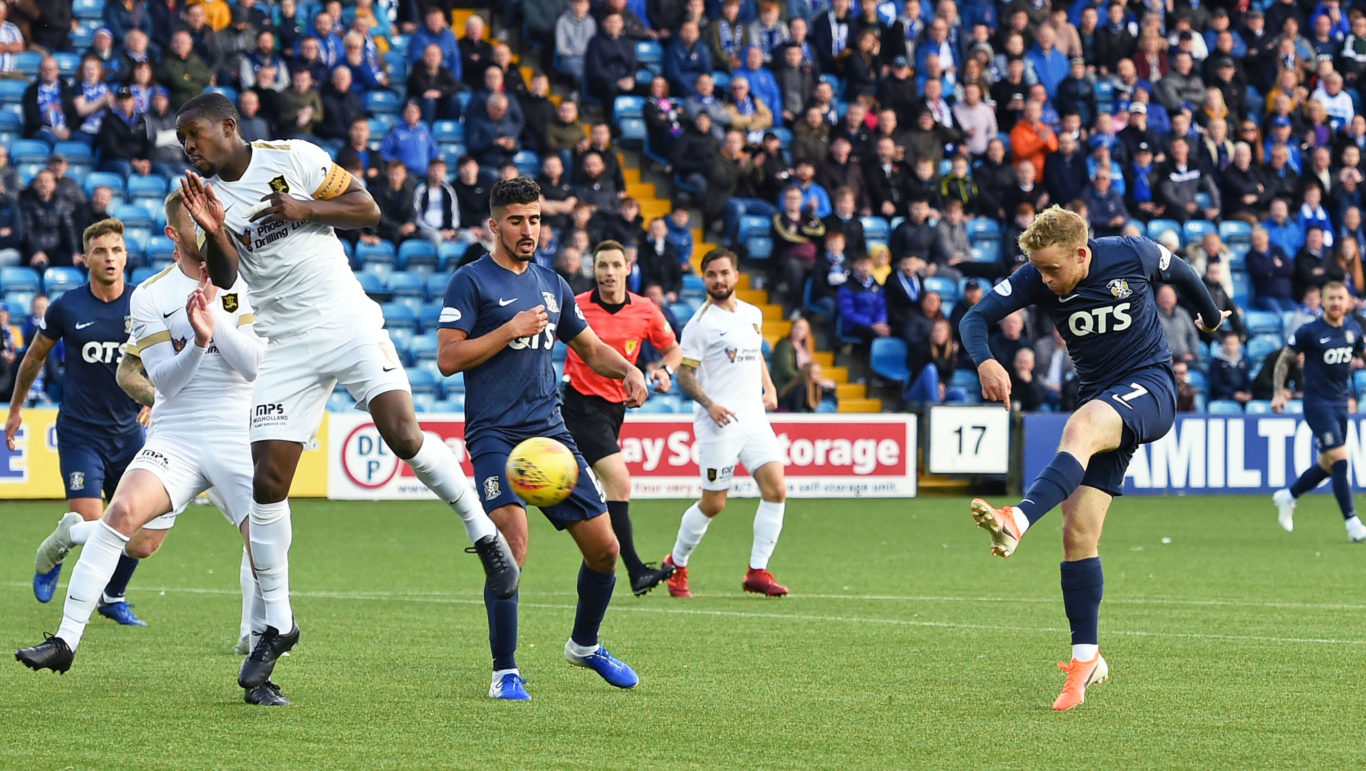 Rory on hunt for more goals after Livi strike

Rory McKenzie is on the hunt for more goals after getting off the mark for the season in Killie’s 2-1 win over Livingston.

The midfielder volleyed in Killie’s second at Rugby Park to register his first goal since October 2018.

Speaking to Killie TV after the match, Rory said: “I think I needed one like that today even with a slight deflection. I’ve been due a goal so hopefully that’s the first of many this season.

“In the last home game against Ross County, I should have scored but my shot came back off the post and sometimes that’s what you need.

“I’ve hit it well and it’s taken a deflection but it’s hit the target and it’s gone in.”

While admitting Killie could have controlled the match better after gaining their two-goal advantage, the home side were not made to fully pay as Lee Miller pulled one back for Livi.

Looking ahead to next week’s game against St Mirren, Rory added:” It’s another game we go and look to win.

“We’ve shot up the table this week and as I’ve said it’s another game we can go and win and look to get further up that table.”