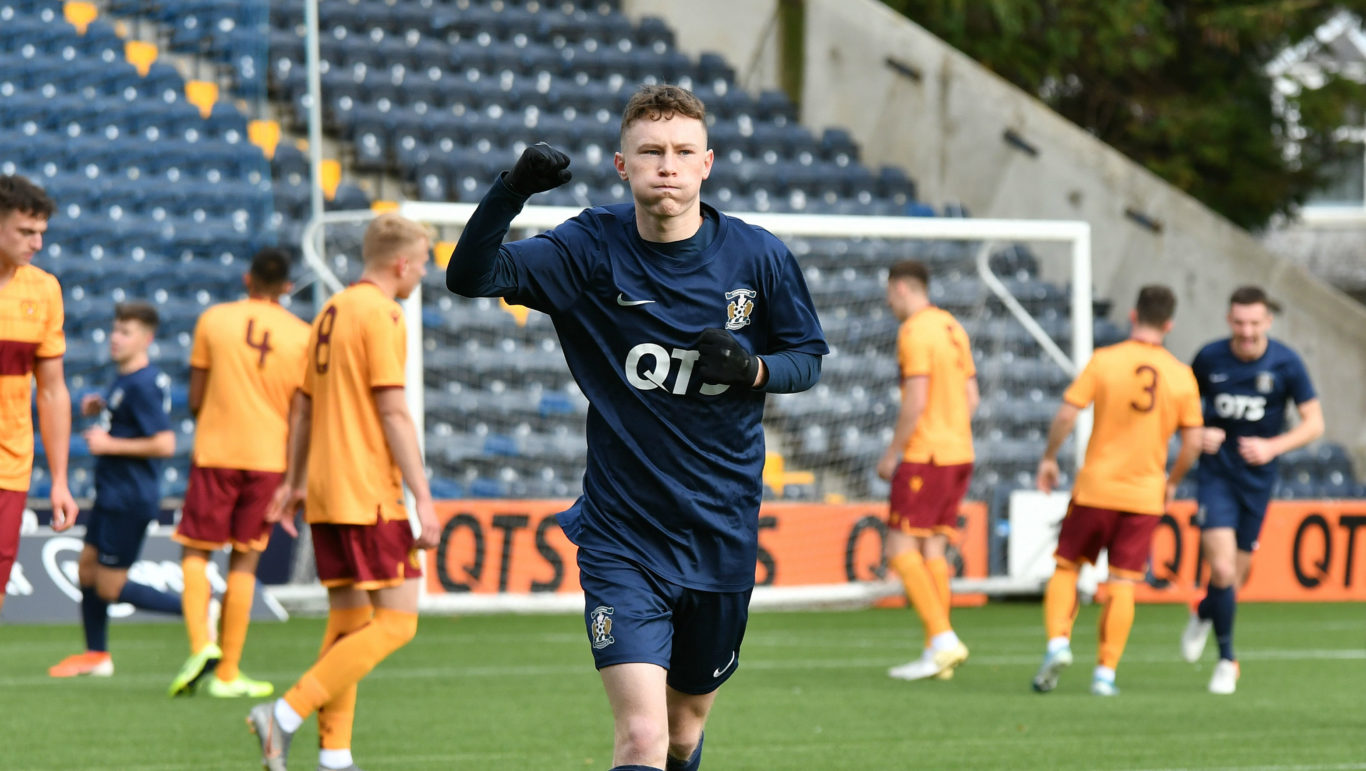 Reserves run out 4-3 winners against Motherwell

Killie Reserves came out on top in a seven-goal thriller away to Motherwell in the SPFL Reserve League.

U18s forward Josh Rennie grabbed a double while Josh Walker and Olly McDonald found the net for Killie in a game, where they were reduced to ten men after Edin Lynch was shown a red card.

Cole Starrs hit a hat-trick for the home side to put them ahead after Killie had raced into a 2-0 lead at half time.

Starrs got Motherwell back into the game with Lynch sent off while conceding a penalty with the home striker scoring at the second attempt after his spot kick was saved.

A second penalty drew Motherwell level before Sarrs turned things around for a matter of seconds only for Killie to hit back once more.

And Killie would win it with minutes to go to gain a fine three points.