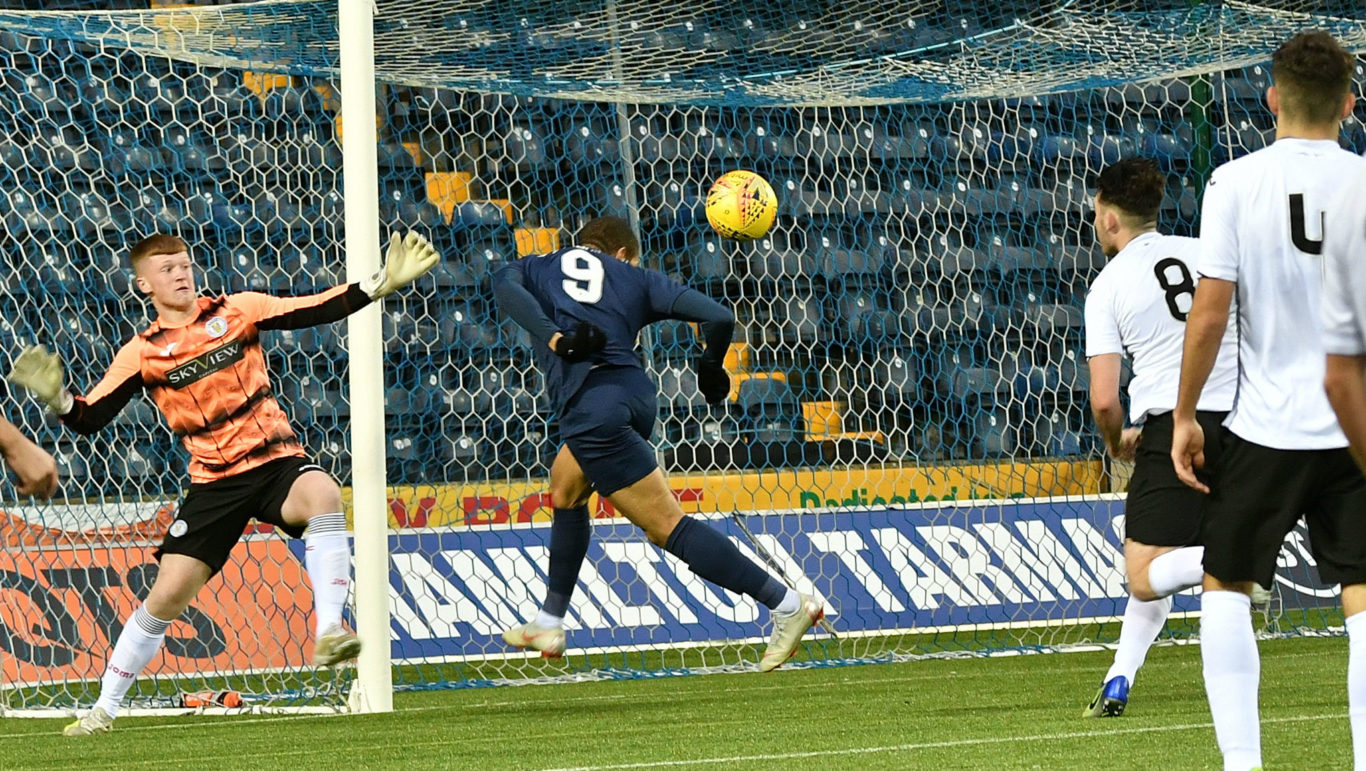 Reserves round off 2019 with resounding win

Killie Reserves finished 2019 with a comprehensive 4-1 victory over St Mirren at Rugby Park.

Andy Millen’s side dominated their Paisley opponents throughout the match as goalkeeper Jan Koprivec got his first run out in a Killie jersey.

The Slovenian was one of several first-team players to feature with Stephen Hendrie, Iain Wilson, Dom Thomas and Simeon Jackson all turning out for the hosts.

It took a fair bit of fight, but Killie’s persistence in attack was eventually rewarded when Olly McDonald fired his side into the lead after 39 minutes, firing the ball home from an acute angle after Saints ‘keeper David Wilson made an initial save from Kyle Connell.

It proved to be a quick-fire double after central defender Edin Lynch beat off the attentions of his marker to steer the ball high into the roof of the net just moments later to hand Andy Millen’s side a comfortable lead at the break.

Into the second-half, and it took just 13 minutes for Killie to make their mark: Simeon Jackson scoring against his old club after the Saints goalkeeper had spilled Ian WIlson’s cross from the left to leave the Canadian an empty goal to head home.

Koprivec was forced into action, leaping towards the top corner to claw out a fine Saints free-kick to safety but he lost his clean sheet moments later when a slack pass out of defence gave Joshua Jack the easiest of finishes.

It wouldn’t signal an end to the scoring though as substitute Andy Monk angled a great drive into the bottom corner of the net to restore Kilmarnock’s three-goal advantage and ensure that the year closed on a high note.