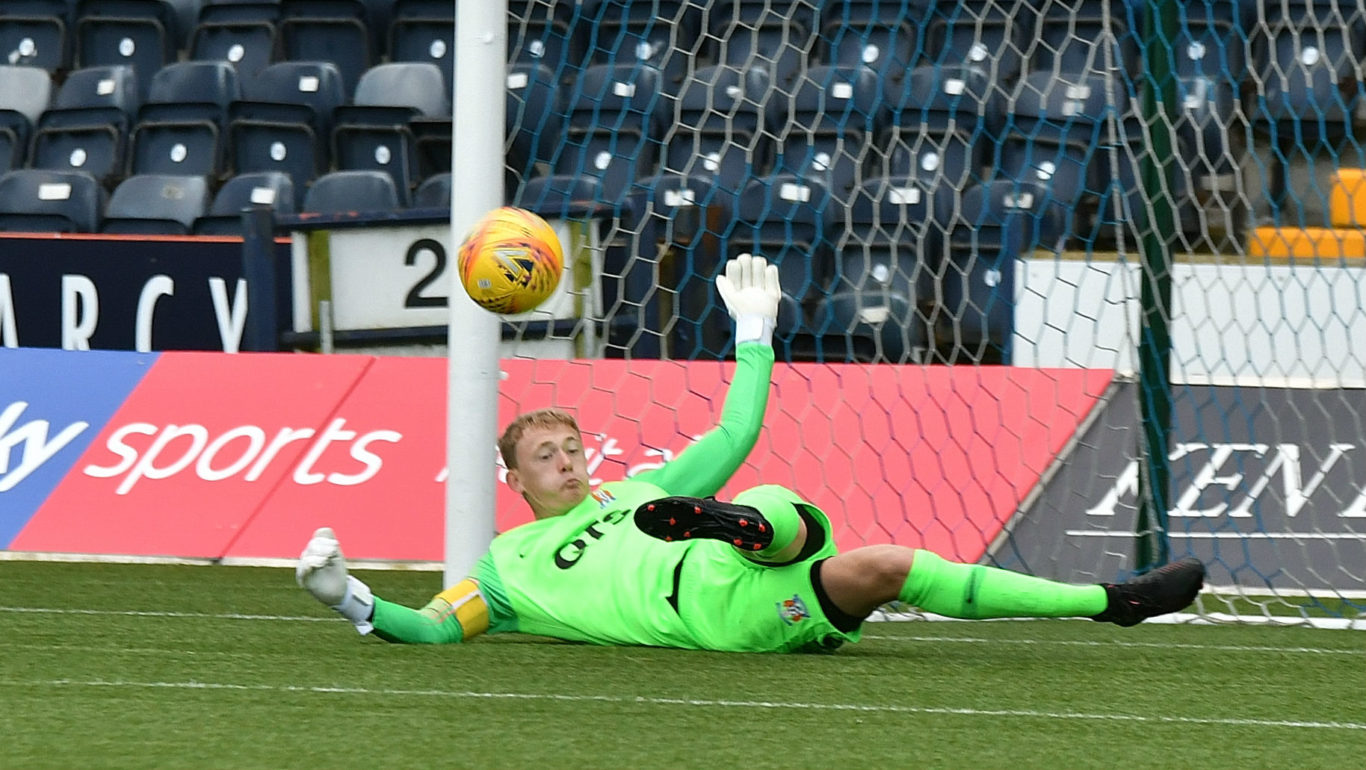 Killie Reserves were made to work for a bonus point in the SPFL Reserve Cup against a dogged Queen of the South side.

Following a 1-1 draw in normal time, Killie managed the rare feat of a penalty shootout triumph at Rugby Park, defeating their opponents 4-3 on spot kicks to earn the added point to boost their qualification chances.

Andy Millen set up with a strong front three with new signing Simeon Jackson joining Dom Thomas and Harvey St Clair in a fluid attack and that proved to be the case in the opening stages with Jackson narrowly missing out on two fine crosses from Thomas.

The Canadian international was linking well with Thomas with one move started by St Clair leading to some fine combination play with the killer final touch just eluding the hosts.

It was one-way traffic in the opening 30 minutes with Killie laying siege to the Queens goal but the Championship outfit were holding firm with a combination of good goalkeeping and last-ditch defending.

Thomas’ dribbling skills on the right wing were proving to be a particular problem for the visitors. One such run was crudely halted with Thomas picking himself up and curling an effort off the base of the post.

If there was any room for complacency in the Killie ranks then they were soon given a harsh reminder as a mix up in communication between captain Curtis Lyle and central defender Edin Lynch allowed the Queens number nine, Oliver in on goal but the Killie goalkeeper stood tall to block the shot.

Craig Burns was having an inspired afternoon at the other end, denying Tom Brindley before stretching out an arm to stop St Clair’s attempt to prod the ball into the net.

With the scores level at the interval, Andy Millen would have had just cause to tell his men to keep their performance up in the second period but they were made to chase the game early in the second half.

A rare Queens attack saw Connor Johnson penalised for a tackle in the box and Connor Murray stepped up a blast the ball past the helpless Lyle. The goal prompted a triple change from Millen soon after with Jackson, St Clair and Thomas all making their way off to be replaced by Ally Taylor, Andy Monk and Kyle Connell.

It was to be Connell who would make a decisive contribution, rising highest as Olly McDonald’s free-kick was deflected up and into the air and as the Queens keeper lost his bearings, the Killie striker pounced to direct the ball into the empty net.

The goal was no more than Killie deserved and only more heroics from Burns denied them victory in normal time.

Connell worked space down the Killie left before arching a fine cross into the six-yard box with a firm touch seeming sure to result in a certain goal. Despite an astute late run by Brindley and subsequent touch by Monk, Burns somehow managed to leap across his line and palm the ball out and to safety to the disbelief of the home crowd.

Those fans could have been forgiven for fearing the worst over the prospect of penalties given Killie’s recent record and although the opening effort of McDonald was saved by Burns, the next four (Ally Taylor, Stephen Hendrie, Kyle Connell and Iain Wilson) all found the net.

And it was to be captain Lyle who saved two of Queens’ five efforts to help Killie claim the extras in Ayrshire.

Having beaten Ross County 2-1 away in September, the victory sets Millen’s men up well for the next cup tie against St Johnstone in Perth on December 2.