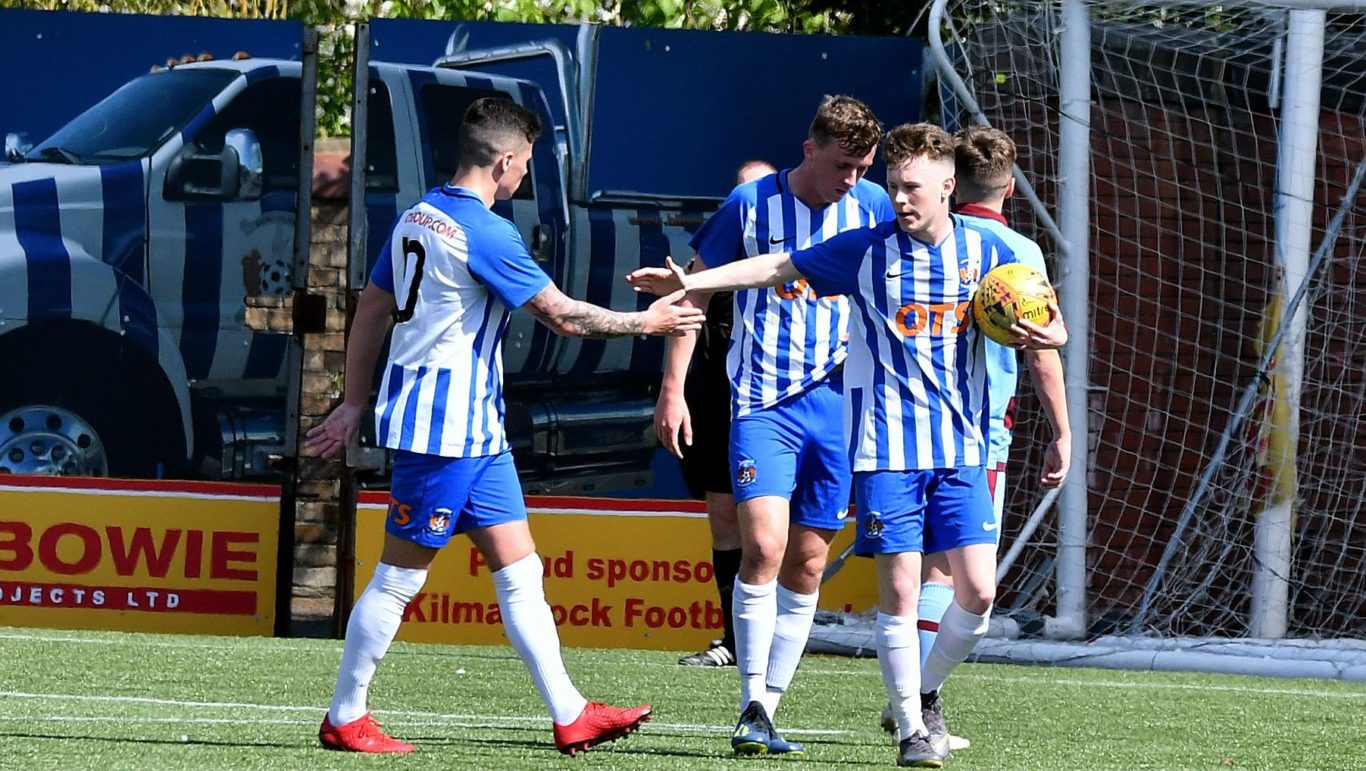 Kilmarnock Reserves brought their SPFL Reserve League campaign to a close with a 2-1 home victory over Dundee.

Andy Millen's side had to come from behind to win after Dan Jefferies had put the visitors ahead following a free-kick from the left.

Oliver McDonald and Dan Scally replied for Killie to ensure they finished fifth in the table.

Dundee started the match well with Jack Lambert causing problems for the home defence and they made it count by scoring the opener.

A free kick curled towards the goal evaded the Killie defenders and Jefferies was on hand to get the final touch to beat Curtis Lyle in the home goal.

Lyall Cameron was next to go close, powering through the Rugby Park midfield and defence before missing the target with a powerful effort.

Killie started to grow into the match and drew level just after the half-hour mark as Oliver McDonald got onto the end of a cross from the right to prod the ball home past Jack Hamilton.

Referee Calum Scott emerged for the second half along with a Dundee team, which had ditched their light blue and maroon away strip in favour of a darker blue training top in order to avoid a clash with Killie's blue and white stripes.

Lyle was called upon to make a fantastic one-handed save from a Dundee free-kick early in the second half while at the other end, Hamilton was forced to dive at full stretch to halt McDonald, who was finding space in the centre of midfield.

The match was decided by a moment of madness from Jack Hamilton after Dundee were annoyed about the lack of a free kick. The officials awarded a corner to Killie and after claiming the ball from the set play, the Dundee goalie then aimed a kick out at a home attacker.

A penalty was duly awarded and Scally stepped up to send the keeper the wrong way and find the corner of the net.

Lyle was called upon once more to keep the scores level with a vital save with just minutes to go but Killie held out to ensure their inaugural campaign in the newly revamped format ended on a high.