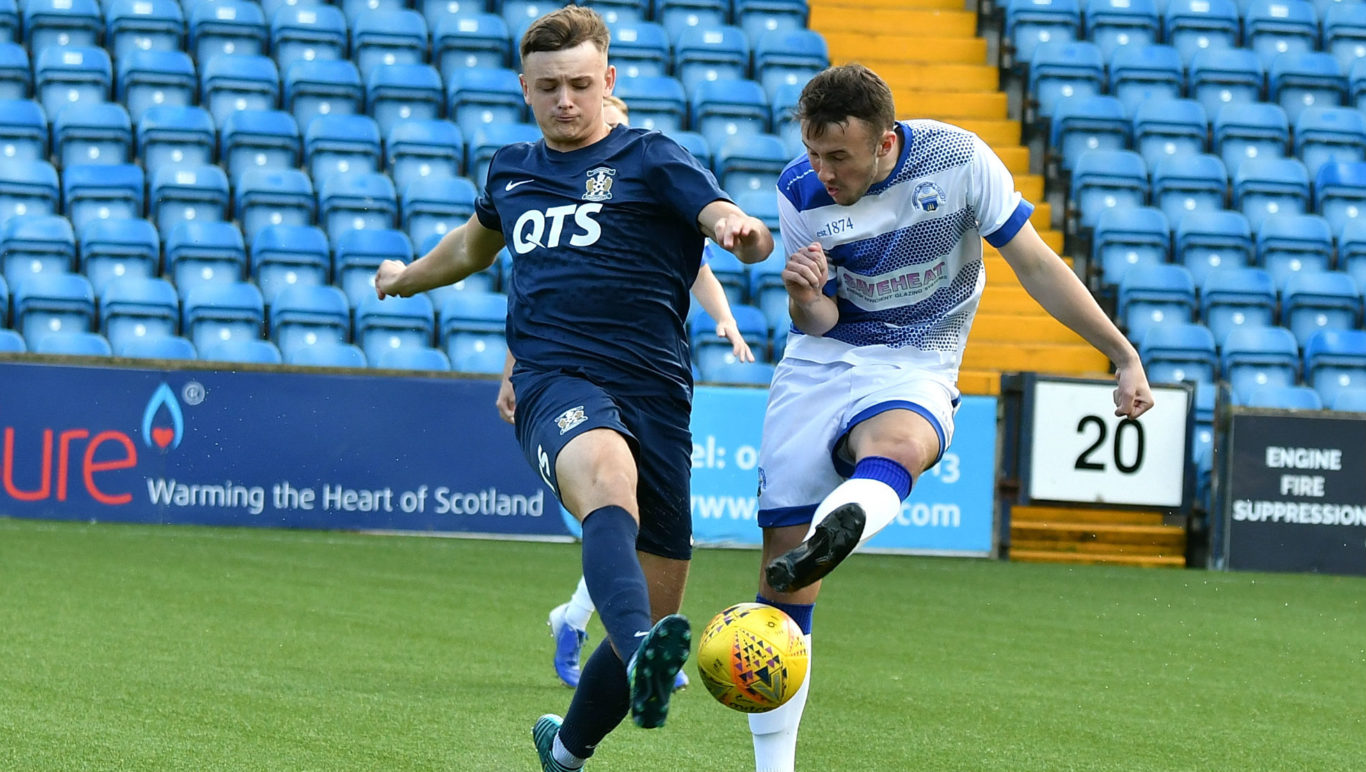 Killie secured a bonus point in the SPFL Reserve Cup after a thrilling encounter in Fife, which produced eight goals and a penalty shootout victory.

Andy Millen’s men took the lead after six minutes at New Central Park in Kelty as Kyle Connell’s strike from distance found the net with the hint of a deflection.

Killie goalkeeper Curtis Lyle was called upon to deny John Robertson twice but he could do little as St Johnstone turned the match on its head with two goals in three minutes.

After being denied twice by Curtis Lyle, John Robertson found the net after 34 minutes before turning provider for Cammy Ballantyne.  St Johnstone’s lead barely lasted one minute as Connell grabbed his second of the game with a free-kick.

There was barely time for a breath between goals as Olly McDonald beat Max Johnstone with a well-placed low shot just minutes before the interval. As Saints attempted to reshape their side, Killie made it 4-2 right after the interval through Josh Walker but any hopes of a comfortable victory were soon to dashed.

Ross Callachan was brought down on the edge of box and he dusted himself down before dispatching the set piece past Lyle. It was 4-4 with 70 minutes on the clock as Robertson got on the scoresheet once more and the striker came closest to finding a winner only to see one final effort fly wide of the target.

The match would go to penalties with Curtis Lyle giving Killie a boost by saving the first Saints kick from Olly Henderson.

Ally Taylor, Andy Monk and Edin Lynch all stepped up to find the net and after John Robertson blazed his attempt over the bar, it was left to Connell to finish the match as a contest and give Killie a 4-2 triumph from 12 yards.