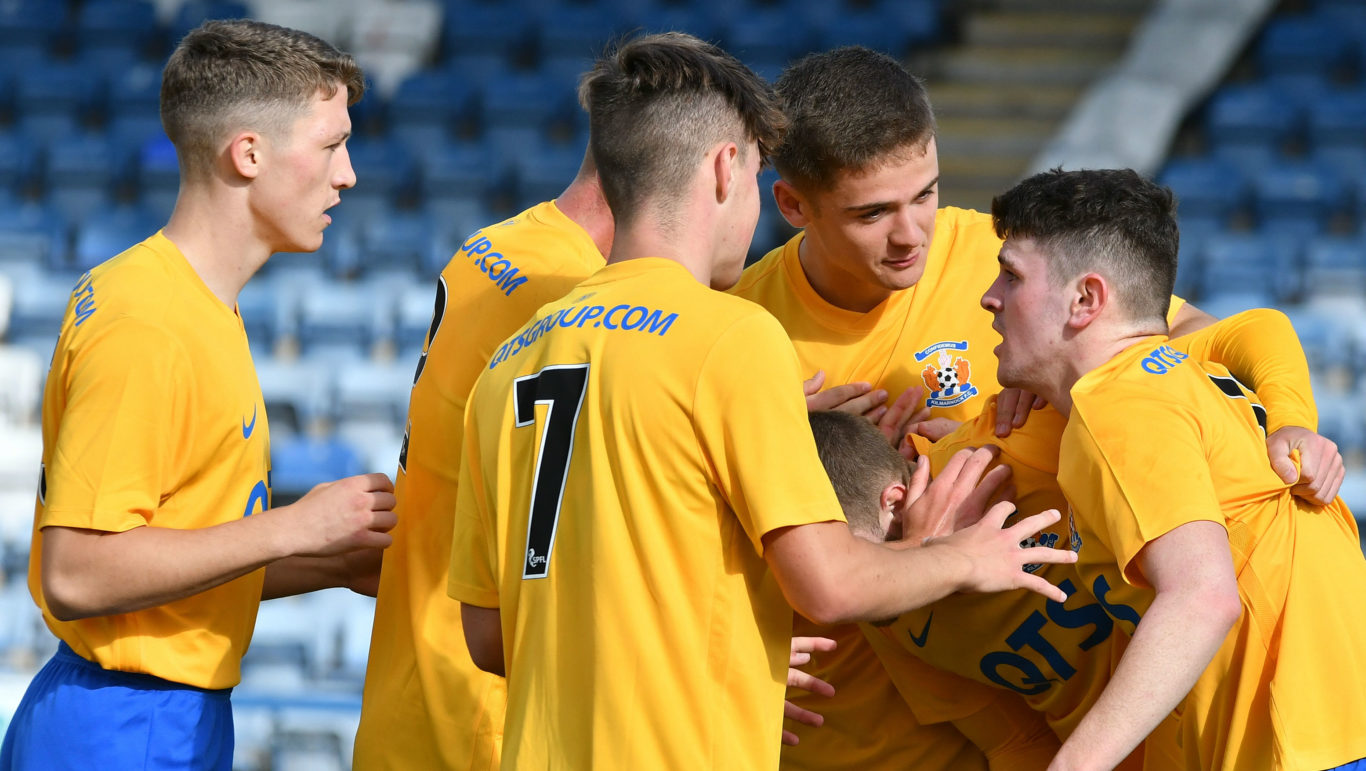 Reserves cruise to 4-0 victory in Dumfries

Kilmarnock Reserves secured a comprehensive 4-0 victory over a young Queen of the South side at Palmerston Park.

With new signing Harvey St. Clair in the starting line-up, Killie were well on top in the first half, dominating possession and making a number of good chances.

Midway through the half, Kyle Connell saw his effort from close range cleared off the line, but on the half-hour mark we made the breakthrough.

Good work by Andy Monk on the left ended with Kyle Connell being tripped in the box, and Dom Thomas opened the scoring from the penalty spot.

Five minutes later it was 2-0, when Adam Frizzell scored with a smart twenty-yard shot and it was 3-0 before the interval as Dom Thomas crossed from the right for Harvey St Clair to head home at the far post.

Although the home side hit the post early in the second half Killie were never really in any trouble.

With Iain Wilson controlling the midfield and Dom Thomas, impressive throughout, in fine form on the wing, Andy Millen’s team went on to make a host of chances, but some good goalkeeping and slack finishing kept the score down.

We did, however, add a fourth goal in the 83rd minute, when yet another superb cross from Dom Thomas let substitute Ally Taylor net from close range.