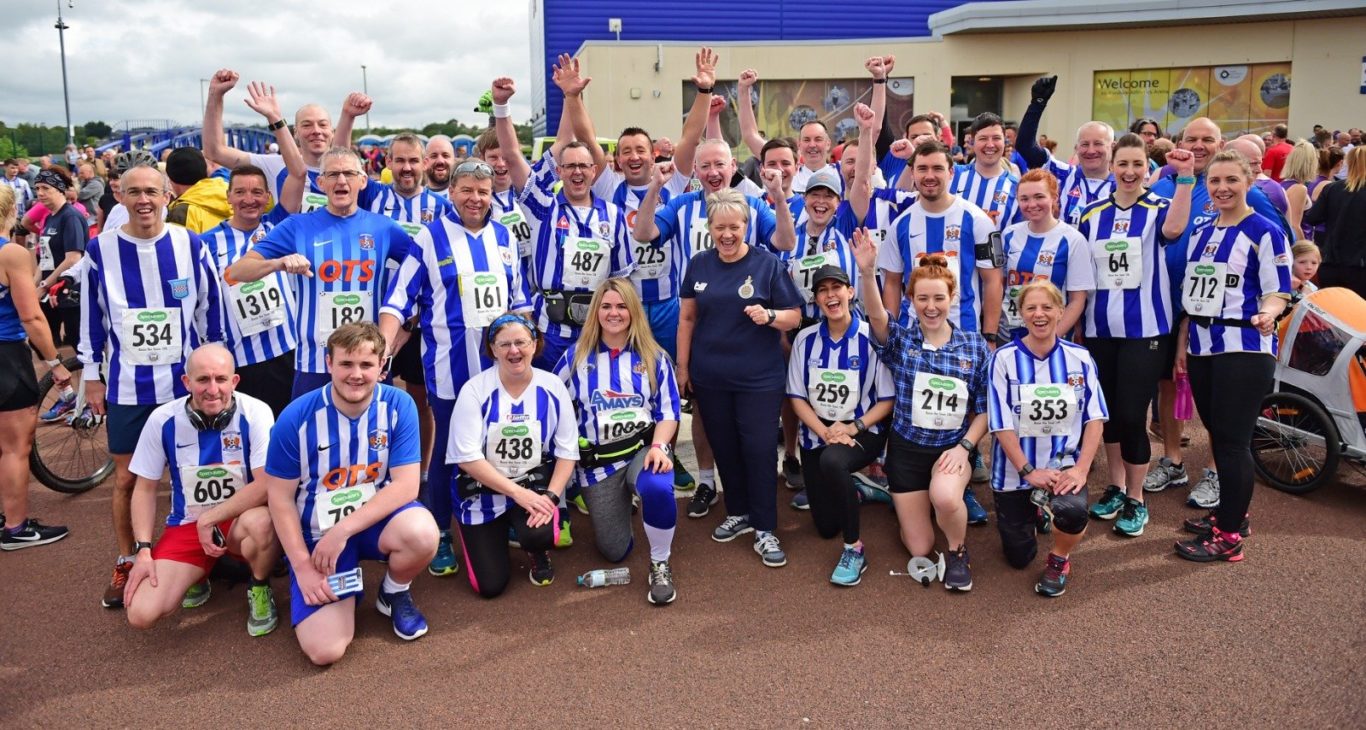 Record numbers for Roon the Toon 2019

Yesterday
saw just under 1500 runners descend on the streets of Kilmarnock to mark Roon
the Toon 2019. It was great to see so many Killie fans turn up in their favourite
Killie strip to mark to occasion.

Club
Director, Cathy Jamieson was on site to start the race and hand over medals at
the end:

“The atmosphere
was electric in the town for Sundays Roon the Toon and it was great to see so
many people come out for the occasion. The day was made even better when I saw
the number of Killie fans who were wearing a mixture of Killie shirts, past and
present.”

“I’d like
to congratulate everyone involved for running a really successful event, and it’s
so inspiring to see numerous runners raising funds for some great charities. The
event was another fantastic way for the club to acknowledge our 150th
Anniversary.”

The
Kilmarnock Community Sports Trust were manning the water station outside Rugby
Park at the 6k mark, to offer runners that much needed refreshment to get them
over the finish line. Community Officer, Grant Moore added:

“What a tremendous
turnout we had for Roon the Toon 2019. We were delighted to be able to offer
the runners water in their dash to the finish line and we’d like to thank the
volunteers from Trust in Killie and the Kilmarnock FC Supporters Association
who came along to help staff the water station on the day.”

The
post-event after party in the Park Hotel was well attended, with some of the
runners and their families gathering there to enjoy a Pint and Curry at the end
of the race, which was kindly donated by the Hotel. Guests were also able to
view some pictures from the day and revel in their success. Roll on Roon the
Toon 2020.