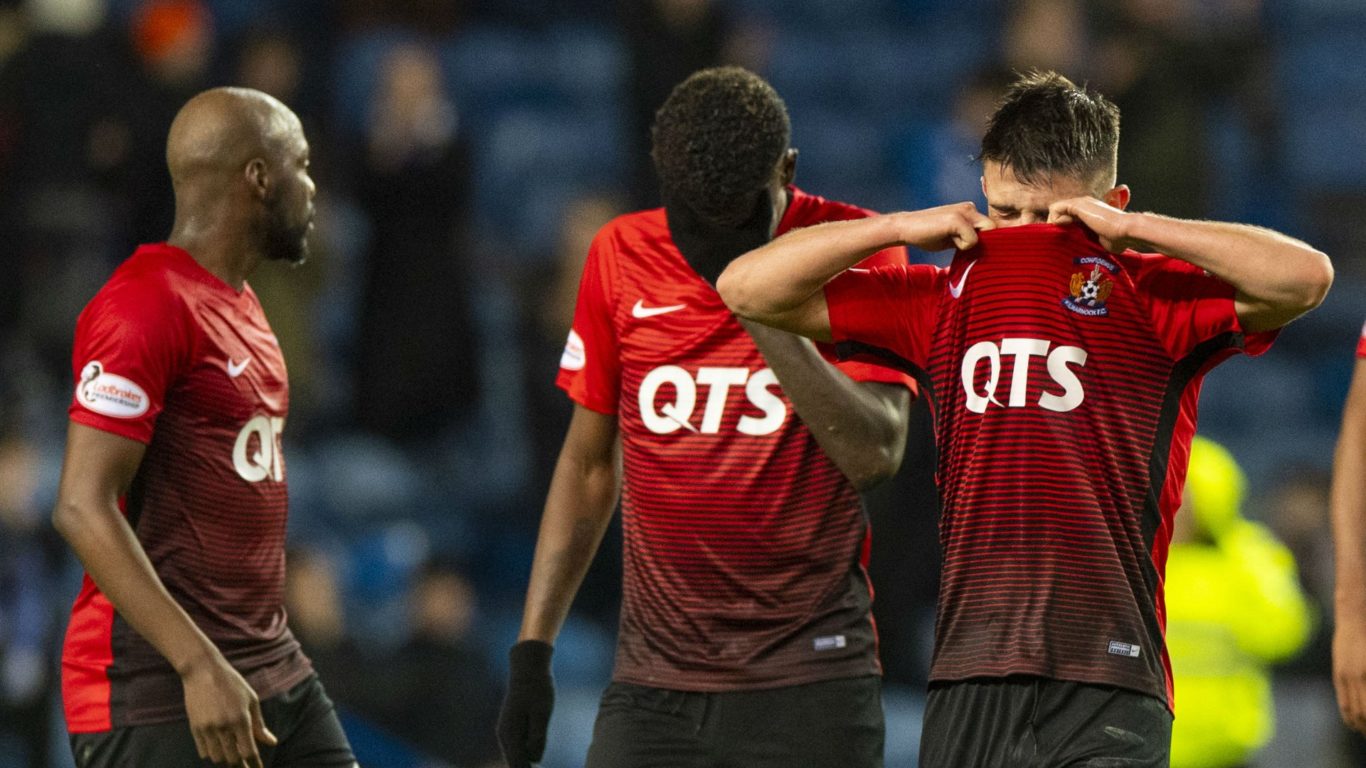 Ten-man Killie exited the Scottish Cup after a 5-0 defeat to Rangers at Ibrox.

Alfredo Morelos scored four goals while substitute Andy Halliday added another but the story of the match was two key calls from referee Alan Muir.

The official waved away claims for a Killie penalty after two minutes when the forward turned Joe Worrall and appeared to be pulled to the ground. However his claims were waved away and it proved to be crucial when Rangers took the lead after six minutes.

James Tavernier robbed Conor McAleny of the ball and he played in Daniel Candeias, who squared for the returning Morelos to tap home.

Killie were left to feel aggrieved again when goalkeeper Daniel Bachmann was sent off after the officials penalised him for an off the ball clash with Glen Kamara. The Austrian shot stopper pleaded his innocence but he was given his marching orders, leaving his team with it all to do.

Jamie MacDonald came on for McAleny while the injured Alex Bruce was replaced by Aaron Tshibola.

This contributed to the three minutes of added time when Morelos stooped at the back post to head home Rangers’ second.

It was a case of damage limitation in the second period as Killie battled bravely with a man disadvantage.

Andy Halliday came off the bench to sweep home a third before Morelos completed his hat-trick with a fierce finish at the near post.

A mix up in the tired Killie defence saw Morelos grab his fourth and Rangers’ fifth goal of the match as we have to wait another year for a tilt at a trip to Hampden.