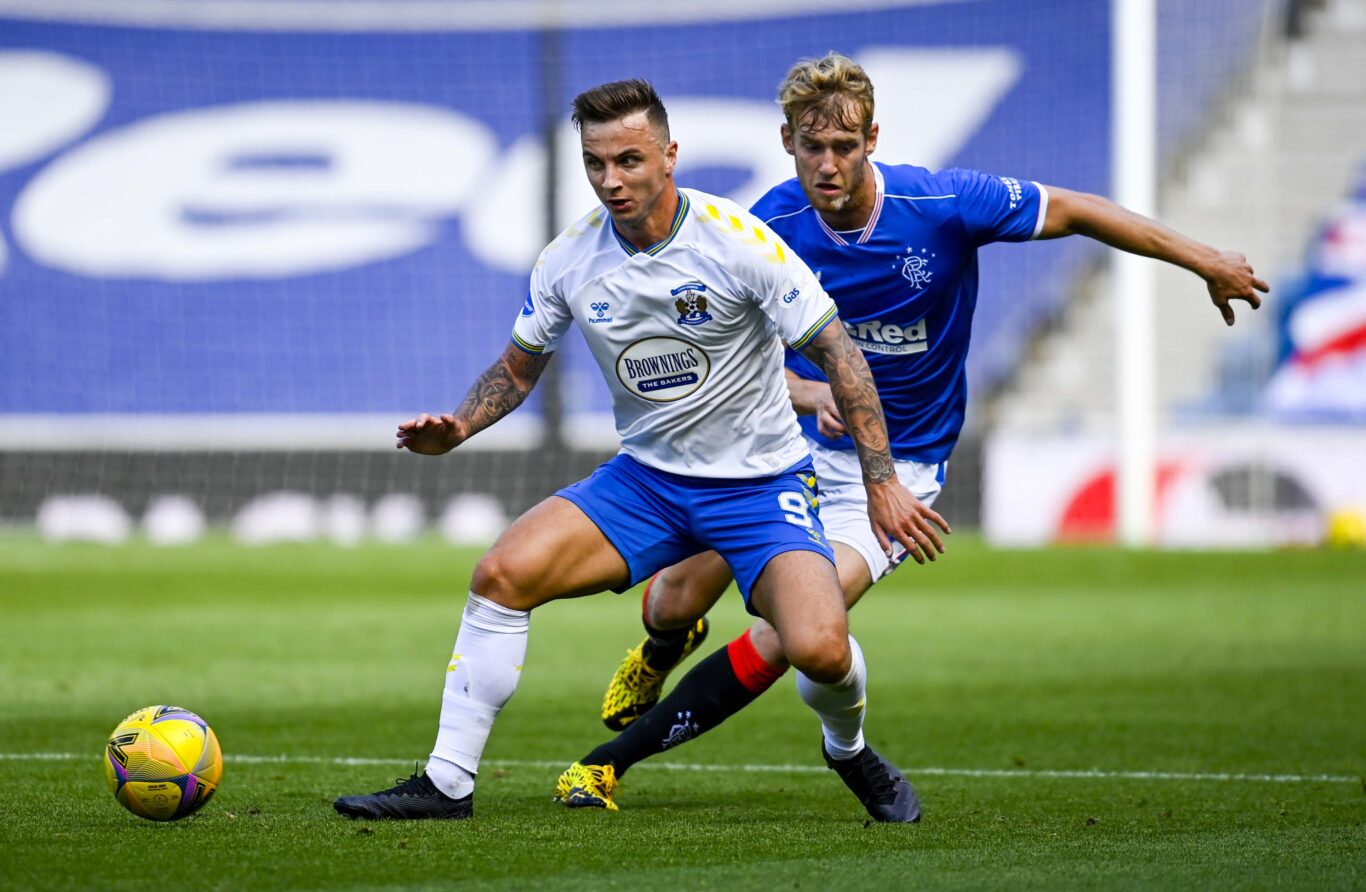 Goals from Kemar Roofe and Ryan Kent saw Killie fall to a 2-0 defeat to Steven Gerrard’s Rangers at Ibrox.

Eamonn Brophy was handed his first start of the season, leading the Killie attack while Aaron McGowan was in for the suspended Ross Millen at right back.

It was the pair who combined to give Killie their first chance of the match with the striker just unable to get enough spin on the ball to turn it on target.

Alfredo Morelos, who has scored 11 goals in 13 games against Killie, was omitted from the home squad with summer signings Kemar Roofe and Cedric Itten starting in attack.

Killie’s defenders were keeping the duo quiet in the opening 45 minutes with Ryan Kent’s stinging effort clawed away from the top corner by Danny Rogers. The Killie goalkeeper was also smartly off his line to smother a promising home attack with Kent aiming to benefit from any slip.

However there was nothing Rogers could do to prevent the opening goal as Killie started the second period slowly. Roofe had already seen a header come off the post early after the break and he made no mistake on 49 minutes, converting Barisic’s cross from the left into the bottom corner.

On the hour mark, Alex Dyer made the switch with Kabamba replacing Brophy while Greg Kiltie and Mitch Pinnock put on in place of Gary Dicker and Brandon Haunstrup as Killie aimed to find a way back into the match.

But it was Rangers who would double their advantage as Killie lost the ball on their right side and while Tavernier’s strike was blocked, he squared the ball to Kent to find the corner.

Tomas Brindley came on for his Killie debut with 12 minutes remaining and the youngster held his own in the central midfield area.