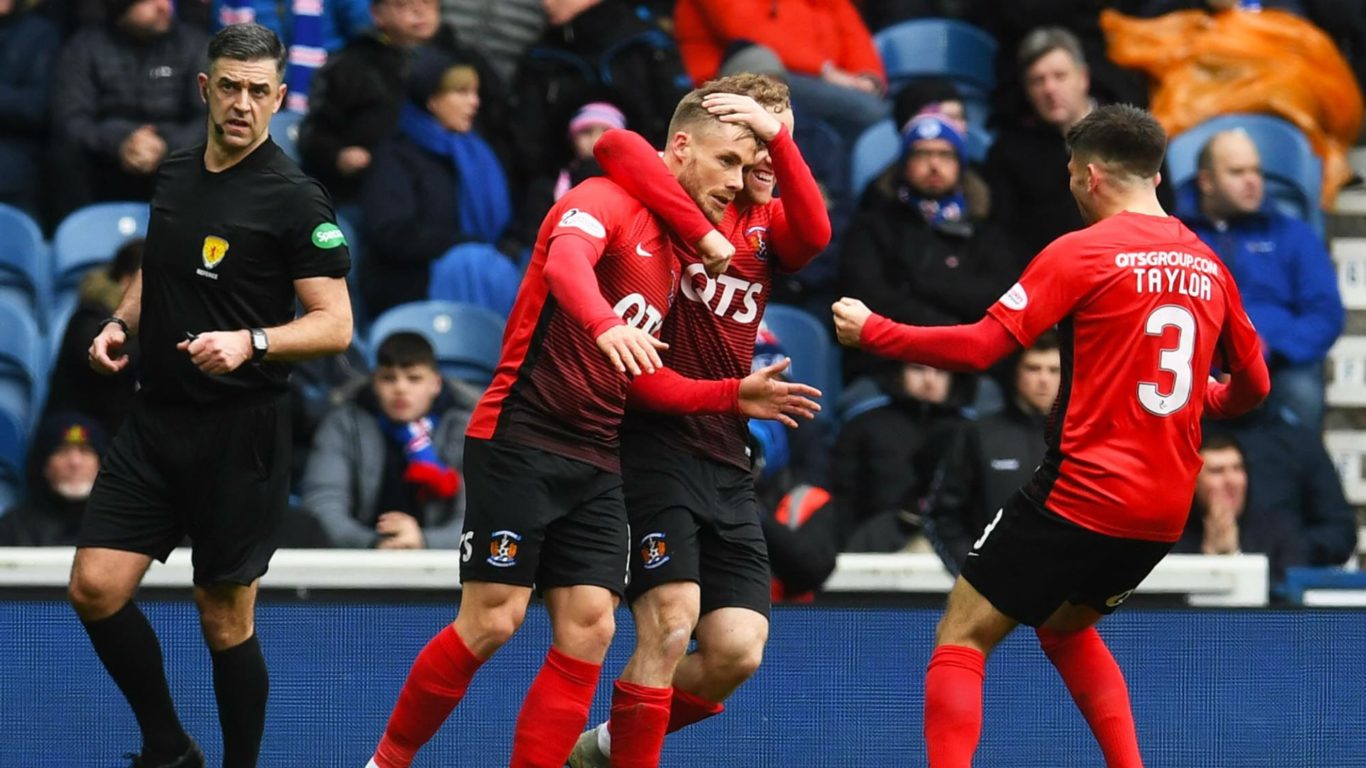 Killie’s top six place was secured after a fine 1-1 draw with Rangers at Ibrox.

The result ensured Steve Clarke’s men are guaranteed to finish in the top six for a second consecutive season.

Youssouf Mulumbu came into the starting XI in place of Jordan Jones while Eamonn Brophy started in attack. However the Killie forward would only last five minutes before he was forced off with a hamstring injury after firing at goal.

McAleny came on in his place and he made the ultimate contribution as he latched onto a fine pass by Gary Dicker before beating McGregor, who was already on a yellow card, and rolling it into an empty net.

The goal settled Killie, who continued to defend well with Stuart Findlay and Kirk Broadfoot proving strong at the back. An altercation at the end of the first half between Morelos and Broadfoot led to a scuffle as Killie went into the break in the lead.

Rangers came into the match on the back of their Scottish Cup defeat to Aberdeen and the home crowd were not happy with what they were seeing before Morelos brought them level.

The Colombian striker managed to spin on the edge of the box and he beat Bachmann with a well-placed strike.

As Rangers pushed to find a winner, Killie were keeping their shape and trying to hit on the break with Alan Power and Youssouf Mulumbu coming off for Liam Millar and Aaron Tshibola respectively.

It was substitute Millar, who came close to breaking through in injury time before being crudely brought down by Connor Goldson as he raced towards goal.

Chris Burke’s free kick came close to sneaking in a late winner from the set play but the draw was enough to tick off another objective for the season.