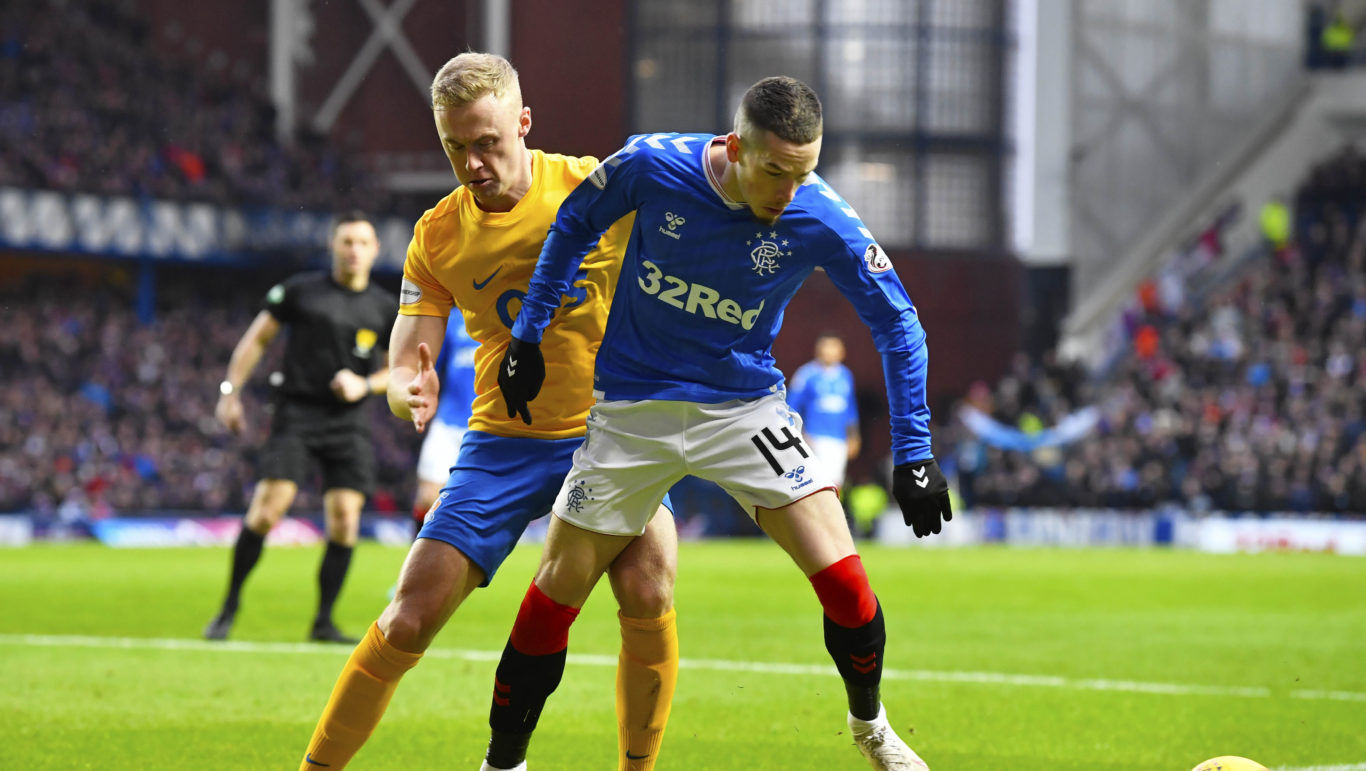 Killie were condemned to Boxing Day defeat in Glasgow, as Alfredo Morelos made the difference for Steven Gerrard’s men in Ibrox.

A sprinkling of changes were made to the side that slipped to defeat against Motherwell earlier at Rugby Park: Ross Millen was handed his first start of the season at right-back in place of the injured O’Donnell, whilst Iain Wilson stepped into the midfield alongside the usual Dicker/Power combo.

Killie certainly had a way of making life difficult for themselves, a misjudged Dicker pass saw Rangers rip through the central barriers with just three minutes on the clock; the resulting midfield ball teeing up Jermain Defoe for a close-range effort at goal which was deflected wide.

Rangers played with their trademark fluidity, enjoying the lion’s share of possession as Alex Dyer’s men were forced to recycle possession again and again as Aribo and Ryan Kent snatched the ball.

Despite it being one-way traffic for much of the first-half, Rangers must have felt as though they were banging their heads off a brick-wall: Killie showing absolutely no quarter in defence as the Ayrshiremen headed into the break with the scoresheets blank.

Branescu was called into action early in the second 45, getting down to hold a Borna Barisic effort on goal from just outside the area as the home side quickly slipped back into top gear.

Chances were few and far between for Killie, but they had their moments: Alan Power battering through a a raft of blue shirts to let off a shot that Allan McGregor secured.

As has been the case for Rangers so many times this season it was their Colombian hitman Alfredo Morelos who made the difference, stepping up to steer home an Aribo ball after 65 minutes, having come off the bench just moments earlier.

It was a case of ping pong for much of the remainder of the 90: an awkward impasse had been met, with Rangers slick as ever in attack, but Killie giving little away in defence.

That stalemate lasted for the rest of the match, as Rangers secured all three points. Next up for Killie, a showdown with St. Mirren in Paisley on the 29th.