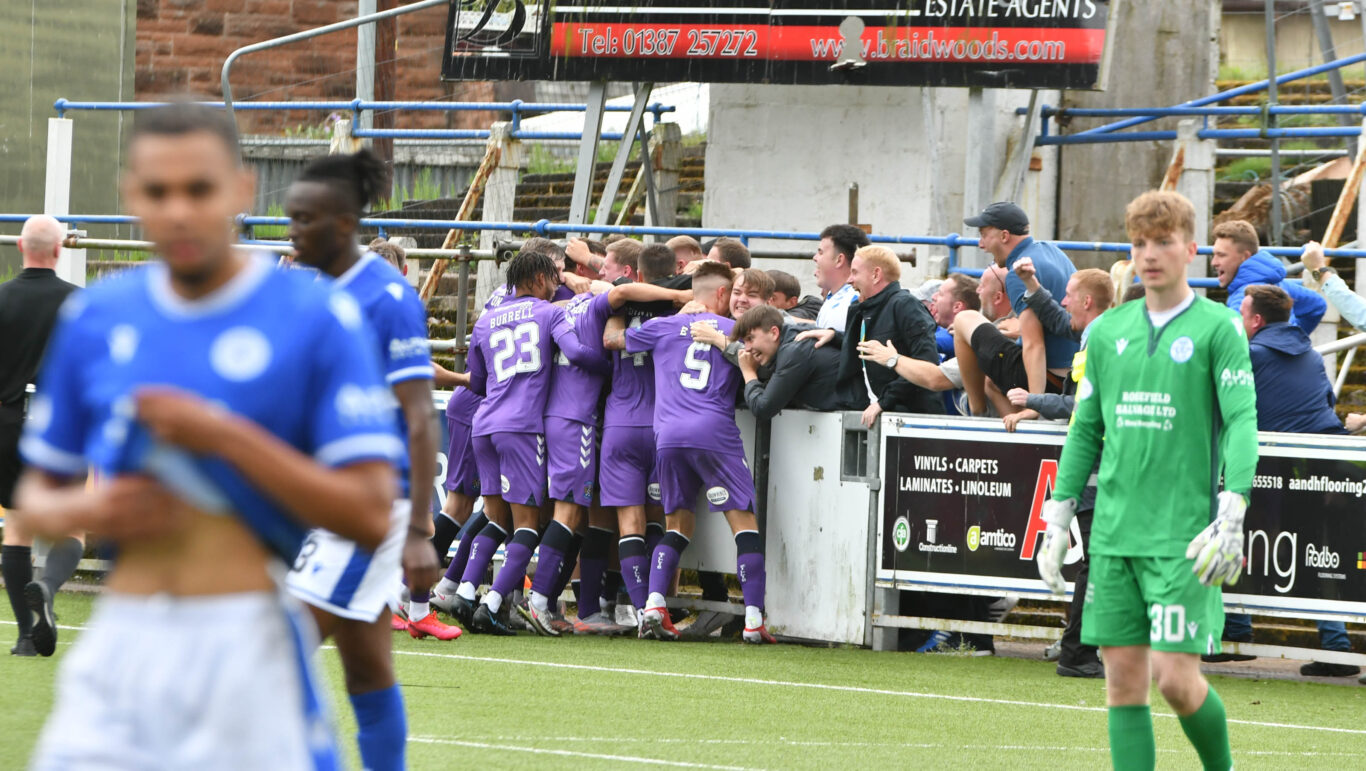 Jason Naismith struck late to give Killie a precious 1-0 victory over Queen of the South at Palmerston Park.

The defender slid the ball into the corner of the net after being set up by susbtitute Rumarn Burrell to earn three precious points.

There was no surprise to see Tommy Wright stick with the same XI from Monday’s Ayrshire Derby victory and Killie looked the more composed side in possession in the early stages.

Combination play between Burke and Polworth saw Killie find the net after 24 minutes but the assistant raised his flag for offside.

Despite being positioned at left back, former Killie winger Willie Gibson was at the heart of the action for the hosts. The 37-year-old twisted and turned down the flank as Fraser Murray tried to halt him but Zach Hemming confidently came out of his goal to halt any danger.

Hemming’s enthusiasm to dominate his area saw him punch clear Ruari Paton’s header and catch Chris Stokes in the process. Thankfully the Killie captain was able to continue after some treatment as Burke’s blocked free kick brought the opening 45 minutes to a close.

Queens were forced into a change on the hour mark as goalkeeper Josh Rae was hurt following a clash with Brandon Haunstrup as the Killie man went for the ball. Youngster Charlie Cowie came on and immediately picked up a passback to hand Killie a free kick inside the area.

Paton squandered a good chance for the home side on the break after robbing Stokes of the ball as he blazed widely wide when a cut back may have been the better option.

Scott Robinson was introduced for his first appearance since returning to Rugby Park in place of Fraser Murray on the left flank.

Cowie made a wonderful save to divert Blair Alston’s lofted effort away from goal as it looked destined for the top corner.

Just as it looked like we may have to settle for a point, Burrell set up Naismith, who made no mistake to send the 465 Killie fans wild.