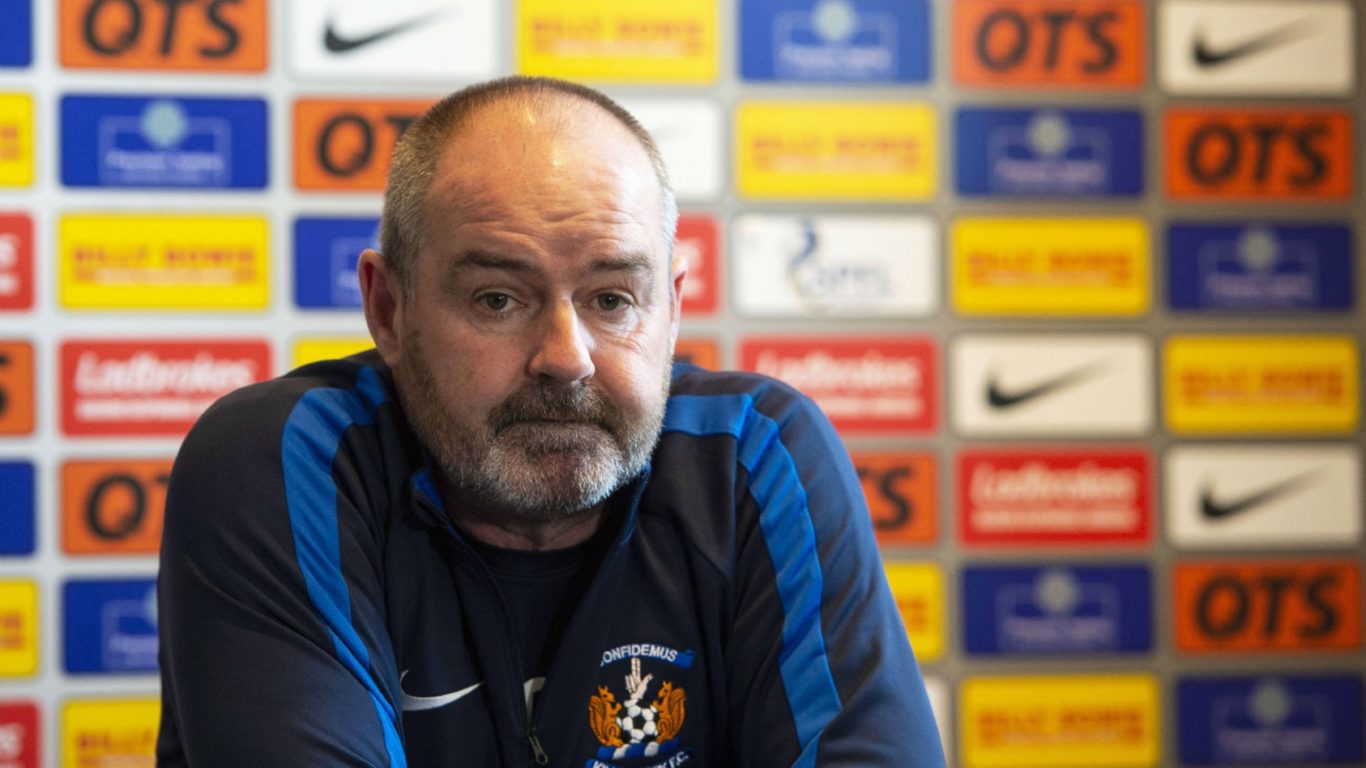 Killie's last victory came against Rangers at the end of January with a punishing run of fixtures taking a toll on the squad.

The manager was forced to make wholesale changes against Livingston but with six stars remaining in the treatment room, Clarke hopes to have at least half fit for Wednesday's game with Motherwell.

Asked if he was content with how his team were playing despite their wait for win, the Killie boss said: 'The only time we suffered badly was the game where the referee decided we should play 70 minutes with ten men. Apart from that we’ve been good.

'Even in the game with ten men I thought until the last ten minutes when we visibly tired, I thought we were fine.

'I’ve got no complaints about the attitude, the personality of these players. Obviously, the results have been disappointing since we beat Rangers here in the league but we’ve had a really tough run of fixtures and we’re still in the middle of it with Motherwell tomorrow.

You can watch the manager's media conference in full on Killie TV.