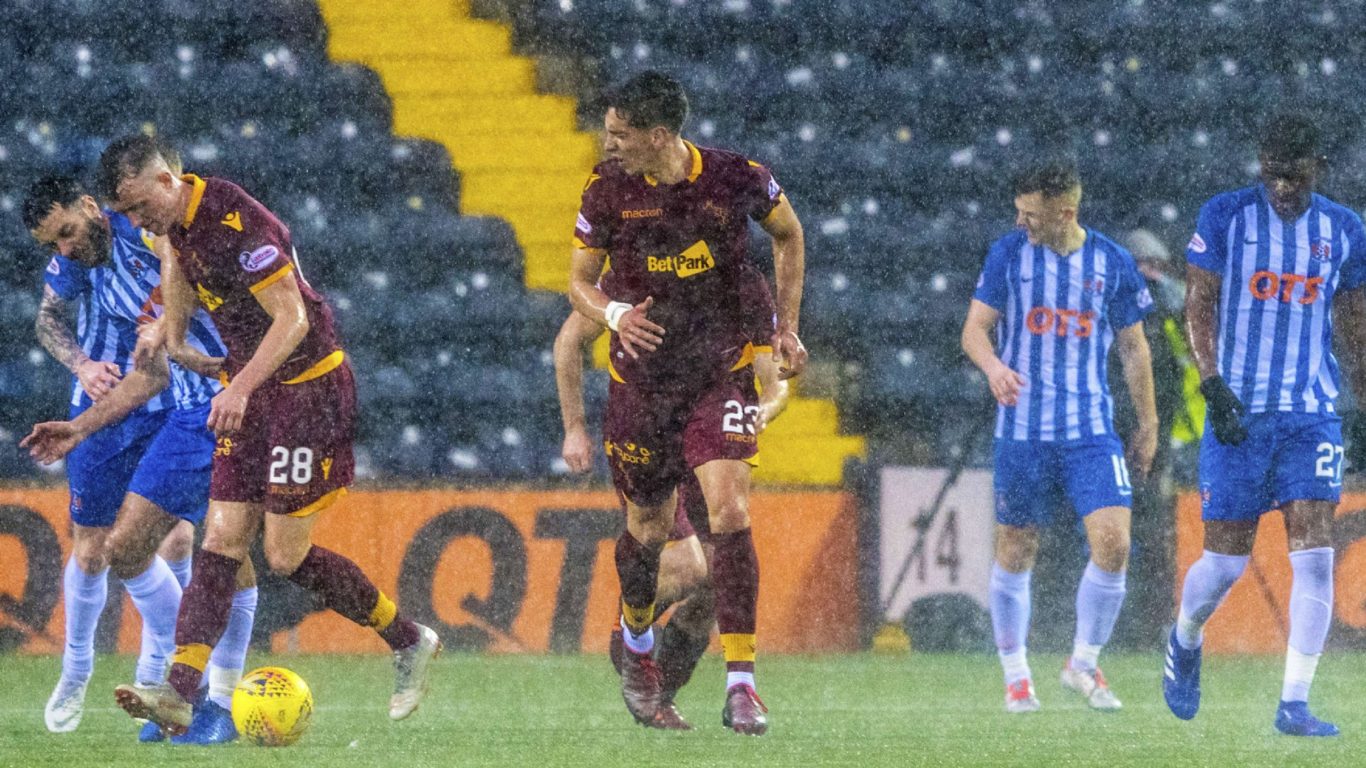 Killie had to settle for a point against the Lanarkshire outfit in the rescheduled clash, with both sides having a handful of chances in a competitive game.

And whilst it wasn’t three points, Dyer was pleased with the team’s performance.

Speaking to Killie TV, he said: “The boys worked hard and did well. I feel after that it was a point gained and not two dropped.

“It’s another step towards getting back on track and we’ve picked up 47 points now.

“It was a game with two good teams who worked hard for each other. I think a point was probably a fair result. They had a few chances and we had some as well.”

It was a game characterised by hard work, with both teams putting in a shift. It was a team effort, and Dyer heaped praise on the players following their efforts.

He added: “Calum Waters had a good game. 90 minutes of work up and down that left flank. It was a good, all-round performance from him.

“Chris Burke as well, for his age, he’s as fit as anything. He works so hard, and not just in games. He puts in that same effort in at training as well.

“Rory must have done something wrong off the pitch, he was really unlucky today. He’s getting there and working hard.”