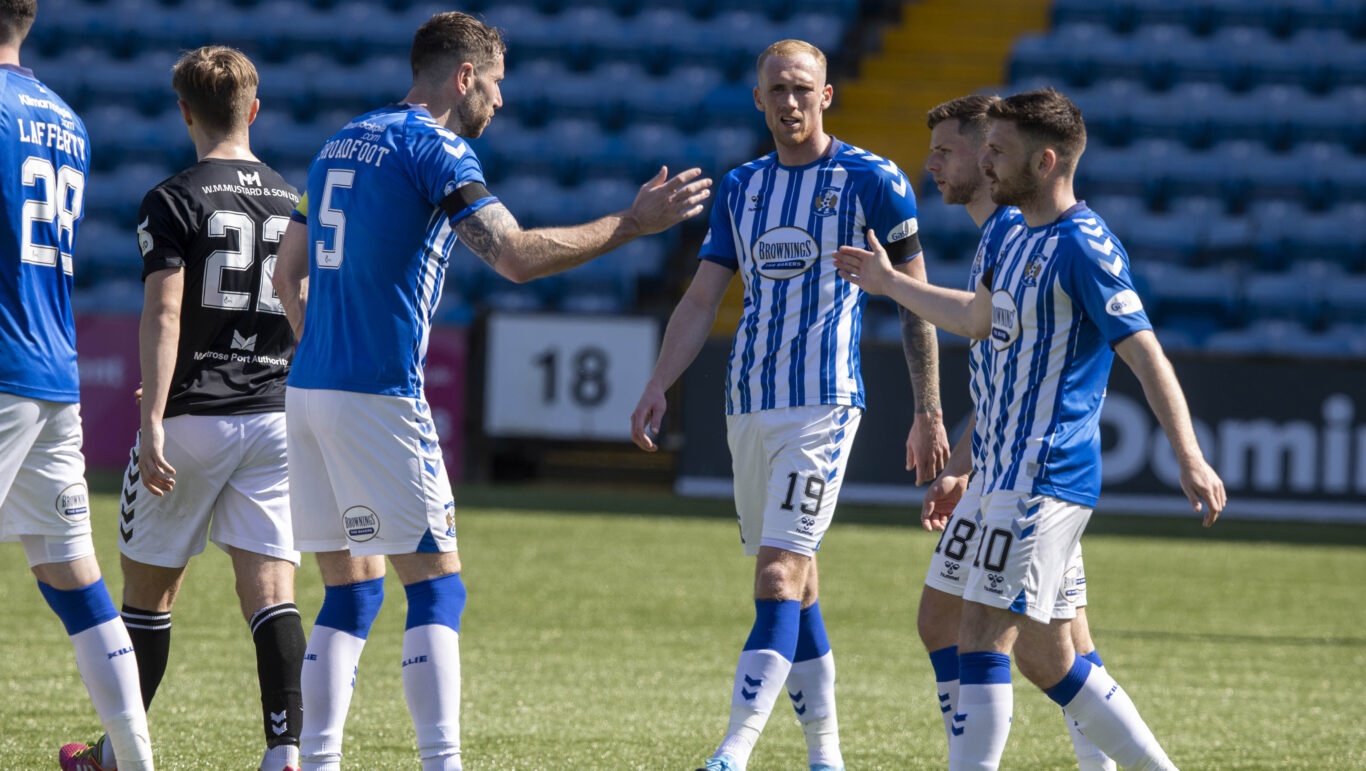 While Killie’s summer recruitment drive has been ramped up this week, we have to bid farewell to some familiar faces this close season.

Following on from last week’s player update, Greg Kiltie, Kyle Lafferty and Mitch Pinnock have decided to move on while Kirk Broadfoot’s time with the club will also come to an end.

Calum Waters is set to sign fresh terms while talks remain ongoing over a deal for Chris Burke.

Young players Tomas Brindley, Kyle Connell and Curtis Lyle continue to be in discussions with the club over new contracts and further updates will follow.

We thank all the players for their contribution to Kilmarnock FC and wish them all the very best for the future.

The 36-year-old Ayrshire native has enjoyed some memorable moments as a key part of the side, which secured back-to-back top six finishes in 2017/18 and 2018/19.

After leaving Killie during Angelo Alessio’s time in charge, the defender returned under Alex Dyer and wore the captain’s armband at spells during the 2020/21 campaign.

In total Kirk made over 120 appearances for the club, scoring twice.

A Killie Youth Academy graduate, Greg made his debut in May 2013, aged 16, becoming the youngest Kilmarnock player in 50 years to make his bow.

His first goal for the club came in May 2015 against Hamilton before establishing himself as a regular in 2015/16, playing a key role with a double in our play-off victory over Falkirk.

After loan spells with Morton and Dunfermline, Kiltie returned to the Killie first team and remained a talented and popular player at Rugby Park, scoring seven goals in 33 appearances in 2020/21.

The Northern Irishman made a big impact on the Killie faithful with 13 goals in 13 games following his February arrival.

Lafferty struck hat-tricks against Dundee United in the Premiership and v Stenhousemuir in the Scottish Cup.

English winger Mitch Pinnock joined Killie from Wimbledon last summer and after a slow start to his time in the stripes, he began to show his skills in the latter part of the campaign.

Four of his five goals for the season came in the final 11 matches including a last day double against Hamilton Academical.