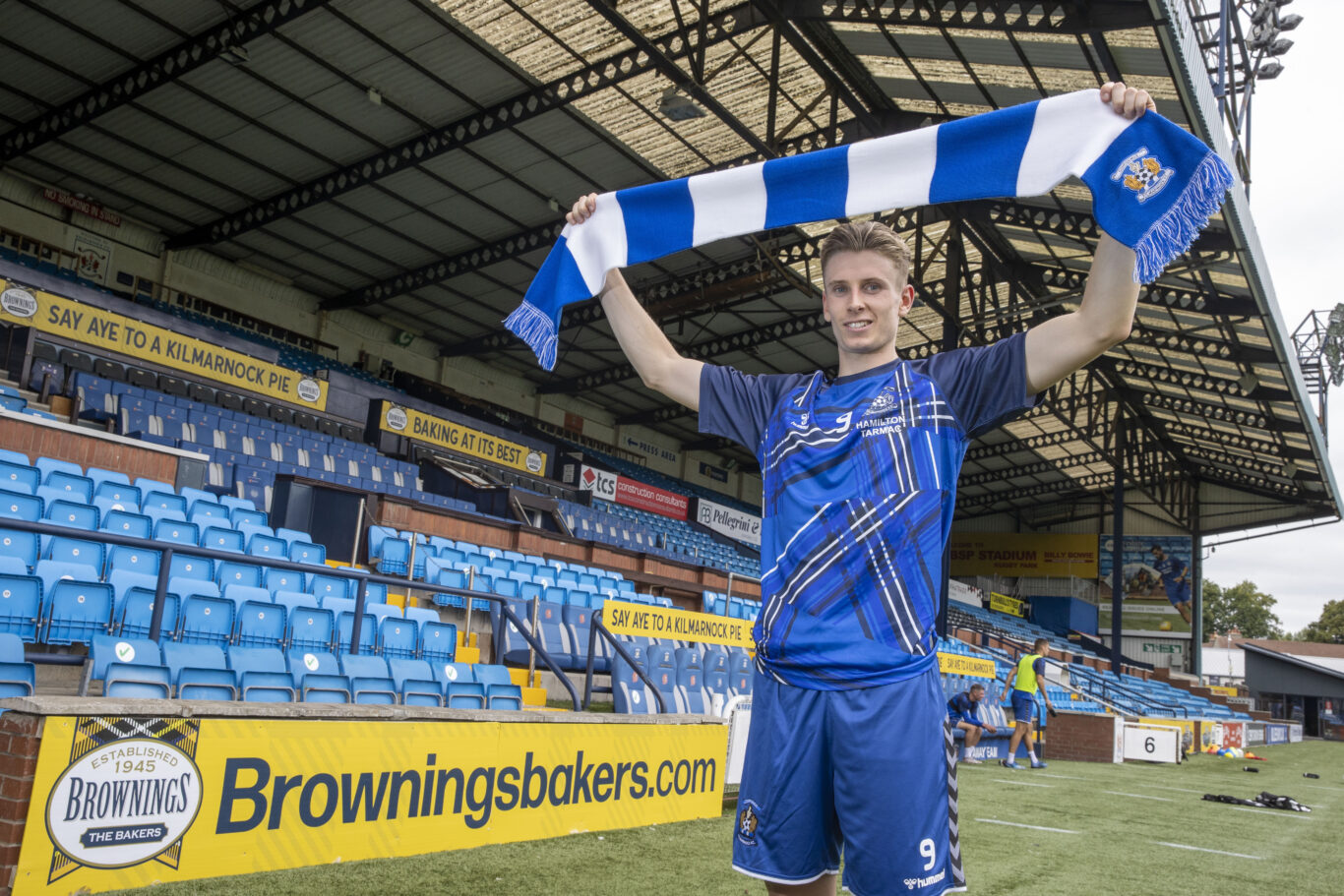 Oli Shaw wants to be the man to bring goals to Killie’s promotion push after signing a two-year deal at Rugby Park for an undsiclosed fee.

A product of Hibernian’s youth system, Oli arrives in Ayrshire from Ross County, where he scored eight goals in 31 appearances last term.

He played his part in keeping the Staggies in the top flight and now he wants to fire Killie back there after taking the number nine shirt.

He said: “I’m really excited to be here and I’m looking forward to the challenge ahead.

“I spoke to the manager a few times in the last few weeks and what he’s building here looks good. I know he’s wanted to sign me before so that played a big part and I’m looking forward to getting the club back to the Premiership.

“As a striker you thrive on the pressure and having the number nine shirt is a good thing for me and hopefully I can score the goals that a number nine has got to bring.”

Tommy Wright said: “It’s third time lucky for me in trying to sign Oli and that’s been the case with a few of the players we’ve recruited during this window.

“I’ve kept an eye on his progress and he’s another who has a good goal ratio when looking at his minutes on the pitch.

“He’s a good young striker who still has room to develop.”