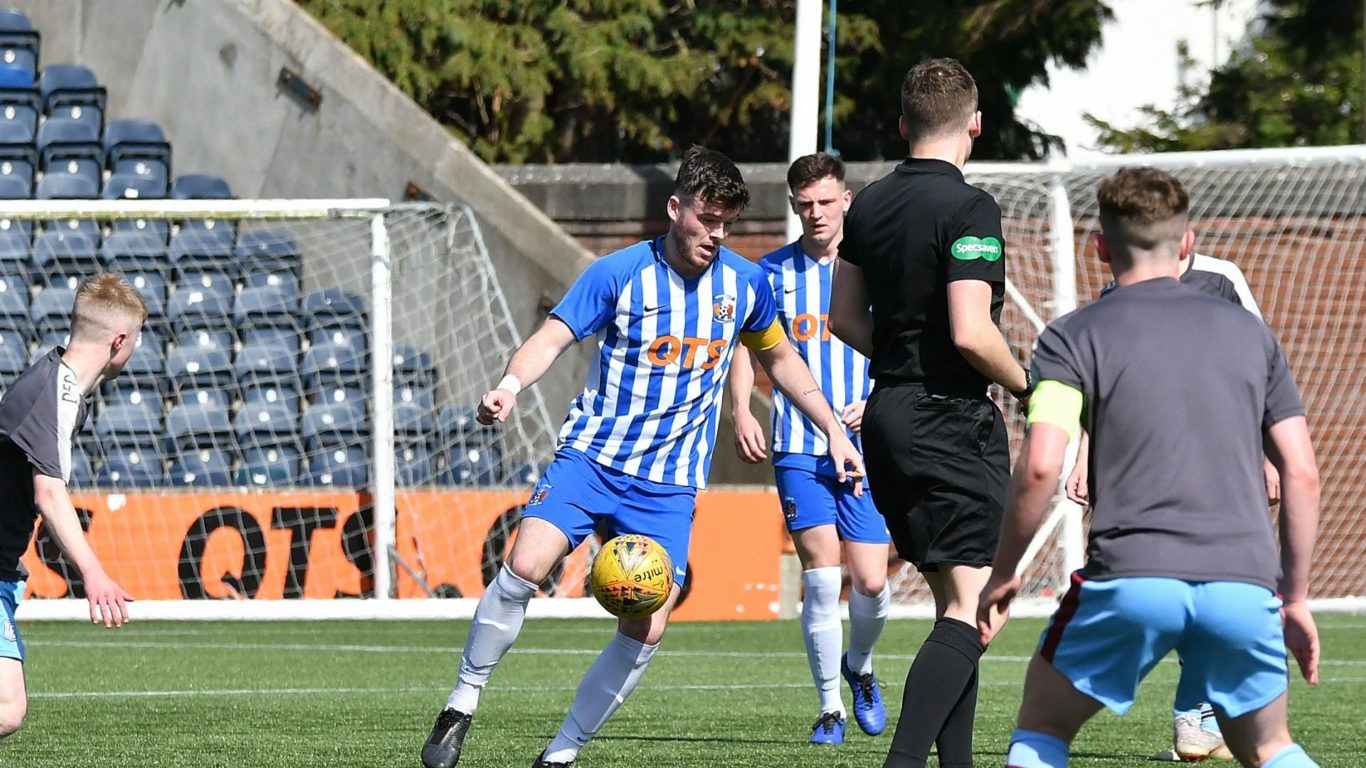 Andy Millen believes Kilmarnock’s youngsters have benefitted from the addition of more experienced players in the SPFL Reserve League.

After ending the season with a 2-1 win over Dundee at Rugby Park, Millen reflected on his second season in charge of the squad.

He said: "I think there’s been an improvement from last season. I think the bigger help the boys have had is when the first team boys came down.

"At times we’ve had Waters, Millen, Frizzell, Kiltie or Wilson and that’s helped bring a calmness.

"Sometimes if it is the same group like it was today then it is awfully frantic but when you get the first team boys involved then it helps the younger ones settle and realise what first team football is all about.

"There’s a calmness and a bit more quality with them [first team players] but that’s what the U18s have got to achieve."

As with every close season, decisions will have to be made on the futures of certain players with youngsters from Craig  Clark’s U18s squad featuring in the latter part of the season for the Reserves.

Looking ahead to next season, the Killie Reserves boss added: "I think there are eight or nine coming out of Craig Clark’s group, who have had one year of U18s football and now they are too old for that. They’ll have to mix along with the ones who will be kept on so you’ll have maybe 12-14 players who are striving for a game in the Reserve League.

"Then if the manager sends any of the older ones down then they’ve got to work hard in training and try and improve all the time."