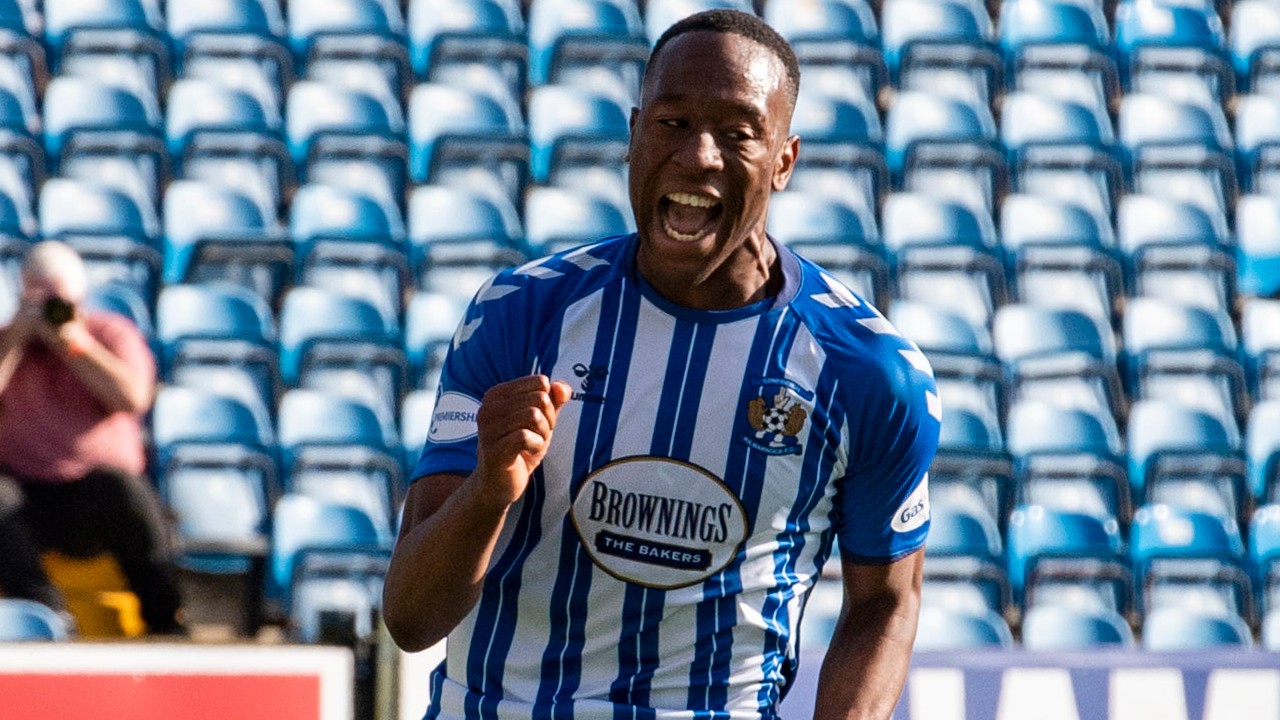 Nicke Kabamba has revealed his pride after earning his first call up to the DR Congo international squad.

The striker, who has scored three goals for Killie this term, has been rewarded for his early season exploits with a call for October’s game against Morocco.

Nicke, who qualifies through family connections including his grandparents, expressed his joy at the news.

He said: “It’s every footballer’s dream to play international football and when you are growing up, you dream of moments like this. I’m really looking forward to the international break.

“Kilmarnock has given me a fantastic platform and I’ve been able to gel and play with the lads and I’m really enjoying my football since coming to the club.”

Nicke has proved to be a real fans’ favourite since arriving in Ayrshire in January, scoring seven goals in 11 appearances at home.

And he’s in great company with two fellow Congo internationals in the Rugby Park dressing room.

“I’ve been to Morocco on holiday and I’ve been meaning to visit my family in Congo. I just feel so honoured to have the opportunity to represent my country.

“I’ve spoken to Youssouf [Mulumbu] and Aaron [Tshibola] already and they’re so happy for me and have told me to go and enjoy it.”