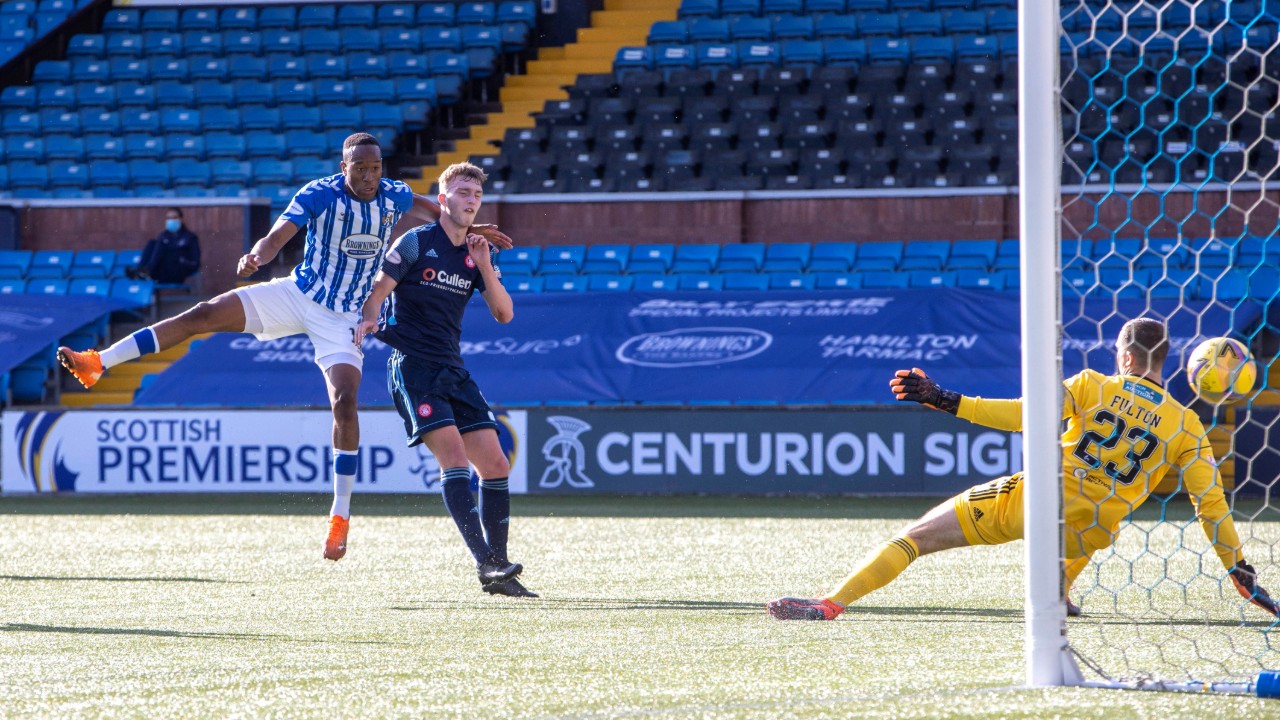 Ten-man Killie dug in to gain a valuable 2-1 victory over Hamilton at the BBSP Stadium, Rugby Park thanks to a winner from Nicke Kabamba.

Alex Dyer showed faith with the starting XI from last weekend’s match at Pittodrie with Brophy and Kabamba remaining as the front two.

There was a late change to the bench with Tomas Brindley replacing Danny Whitehall after the striker picked up a knock in the warmup.

Killie came right out the traps from the first whistle and duly took the lead after 10 minutes. Chris Burke’s mazy run was crudely halted outside the box but he released the ball in time for Greg Kiltie to find the bottom corner.

Rather than build on that advantage, Hamilton found a way back into the game from a set play.

David Templeton swung in the corner and despite being denied at the first attempt by Rogers, Hakeem Odoffin scored at the second attempt.

Things got worse for Killie as Eamonn Brophy received a straight red card for a tackle on Scott McMann and referee Nick Walsh ordered the forward off the pitch.

Just as they had in the first half, Killie started the second period well and despite their numerical disadvantage, they took the lead.

Fulton in the Accies goal saved well from both Burke and Dicker but he only palmed the ball out to Kabamba, who was in the right place in the right time to restore Killie’s lead.

Ahead once more, Killie grabbed hold of the game with Tshibola and Dicker breaking up matters in the middle of the pitch while Kiltie and Burke tried to feed Kabamba further opportunities.

Danny Rogers was in the wars, taking a low blow before getting a bloody nose when stopping a David Moyo strike.

Tshibola was only denied a fine goal by Fulton and Killie held on for a great three points.