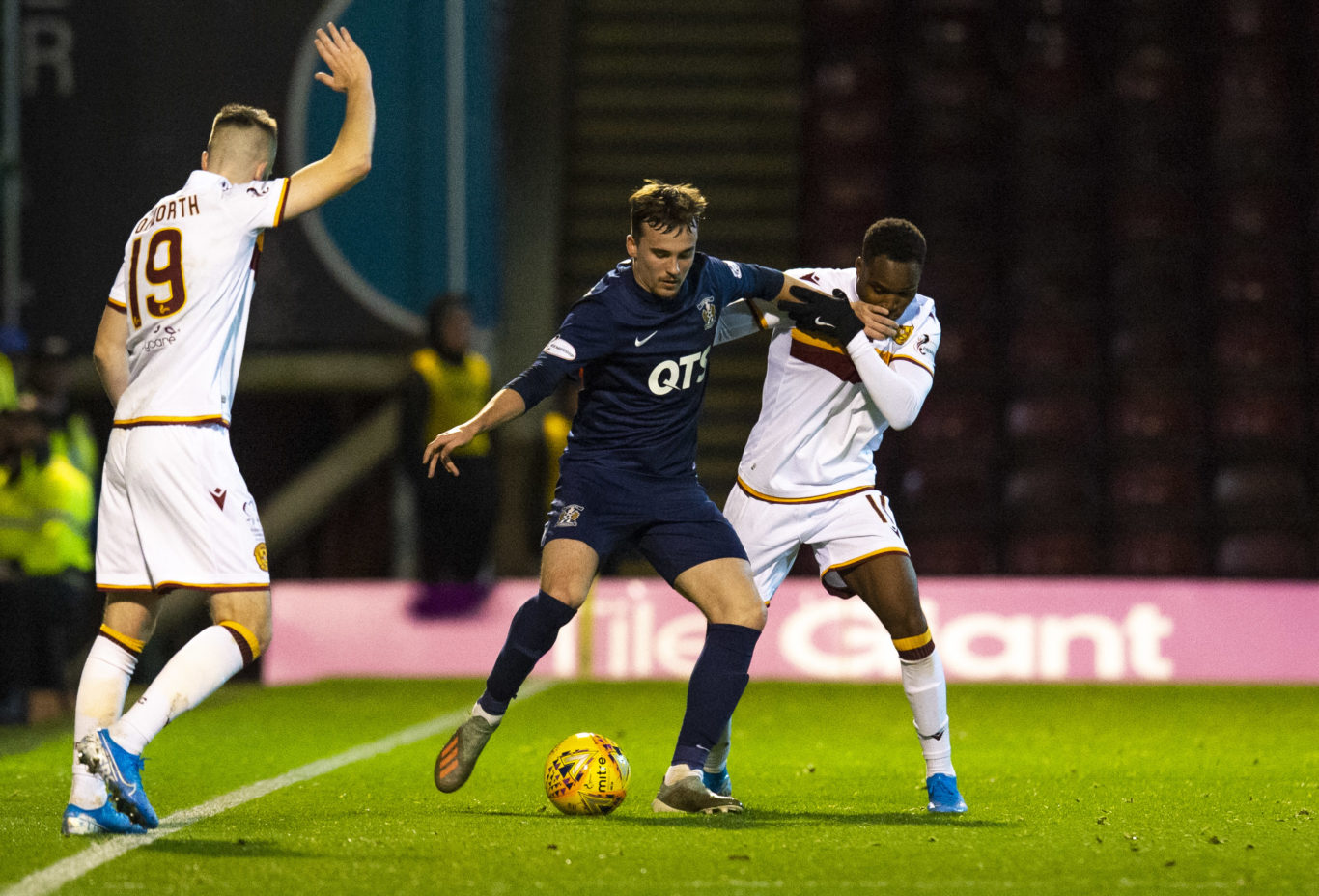 Killie were condemned to their first defeat in three matches this evening, after slipping to a 2-1 defeat to Motherwell at Fir Park.

The tone was set for a challenging evening for Killie after Dario Del Fabro was forced off the teamsheet after pulling up in the warm-up.

Despite a belting Dom Thomas equaliser, Alex Bruce’s sending off, coupled with goals from Liam Donnelly and Devante Cole, ultimately proved to be too much for Angelo Alessio’s men.

With Del Fabro out prior to kick-ff, a hasty change was made to the team sheet as on-loan Wolves centre-back Connor Johnson was drafted in – whilst the manager also handed a debut to Simeon Jackson up top.

Motherwell cut straight to the chase, there was to be no patient build-up play here, as they  put on a show of the kind of sparkling football that has earned them points and plaudits this season; Liam Donnelly seeing a powerful strike whiz over the crossbar, whilst Alex Bruce headed another effort over.

That attacking intent quickly bore fruit for the home side, with Bruce controversially sent off after 12 minutes for a last-man foul on Christopher Long  on the edge of the area as the striker went for goal,

Subsequent replays showed Bruce had indeed won the ball and from the resulting free-kick, the talismanic figure of Donnelly put it beyond Branescu to hand them the lead.

There was a faint sense of danger as Motherwell flew at Killie in sweeping attacking movements, a fear that it could become one-way traffic. Dom Thomas had other ideas.

On his return to Fir Park, the former Steelman scooped up a quick Power ball as he crashed into the area down the right – blasting a thunderbolt past Mark Gillespie to hand Angelo Alessio’s men a vital equaliser on the half-hour mark.

Into the second-half, and proceedings kicked-off in a similar manner, Motherwell moving the ball about at a hundred miles an hour; that tireless work in attack again paid off. After 56 minutes, a Jake Carroll cross picked out a lurking Devante Cole who gently headed the ball beyond Branescu to propel ‘Well back into the lead.

Killie had to keep things tight as Motherwell kept throwing their short, sharp punches. Eamonn Brophy and Liam Millar were thrown into the mix as Angelo shuffled his options in attack.

The game went on, and into the final ten minutes: things were going down to the wire.

Motherwell were hungry for a third goal, and it took a combined defensive effort from Dicker, Niko and Johnson to keep the home side at bay.

A quick break up the park deep into added time proved to be a golden opportunity for Killie, and despite Brophy leathering a fine effort at Gillespie – Killie couldn’t secure a late three points.