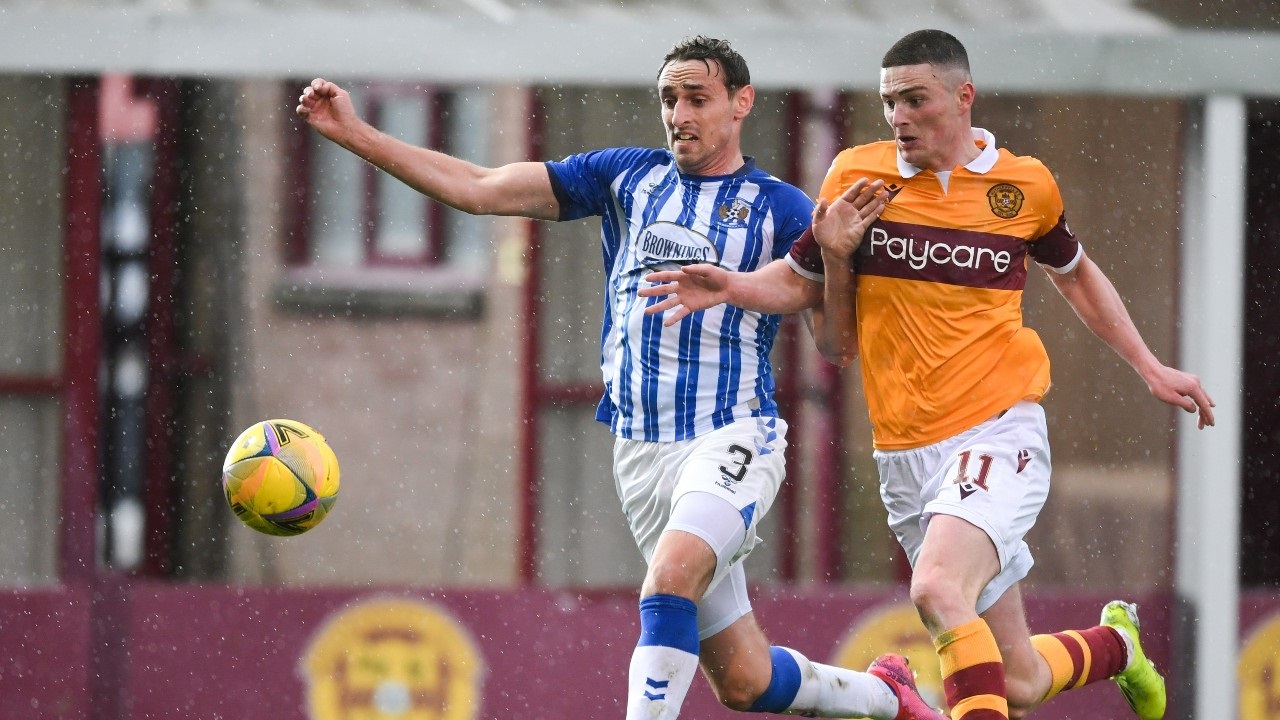 Second-half goals from Devante Cole and Stephen O’Donnell saw Killie lose out 2-0 to Motherwell at a rain-soaked Fir Park.

Forward Cole struck just after the restart while the former Killie defender finished matters with minutes to go to leave Killie with plenty to do in the season’s final two games in our bid for safety.

Kyle Lafferty was given until the morning of the match to prove his fitness and he did exactly that to lead the Killie attack while there was a change in goal as Danny Rogers replaced Colin Doyle.

The first big chance of the match fell to the hosts as winger Jake Hastie failed to hit the target with a header from eight yards out.

At the other end, Kirk Broadfoot got on the end of Greg Kiltie’s corner but equally he didn’t force the goalkeeper into action as his effort drifted wide.

After a drab first half, Motherwell wasted no time in taking the lead in the second period as Devante Cole linked up with Chris Long on the edge the box before side footing the ball past Rogers.

Stunned by the setback, Killie looked for a response and it almost came on the counter attack as Lafferty got a sight of goal but his dinked effort went over the bar.

Tommy Wright opted for a triple substitution as Tshibola, Burke and Oakley came on for Power, McKenzie and Kiltie.

Burke nearly made an immediate impact as his cross found Lafferty but Liam Kelly did well to save from the Northern Ireland international’s volley.

Burke then saw his looping effort strike the top of the crossbar with Kelly looking beaten in the home goal.

Instead there was a second goal for the Steelmen as Cole beat Broadfoot to the ball and he squared the ball to Stephen O’Donnell to finish at the back post.