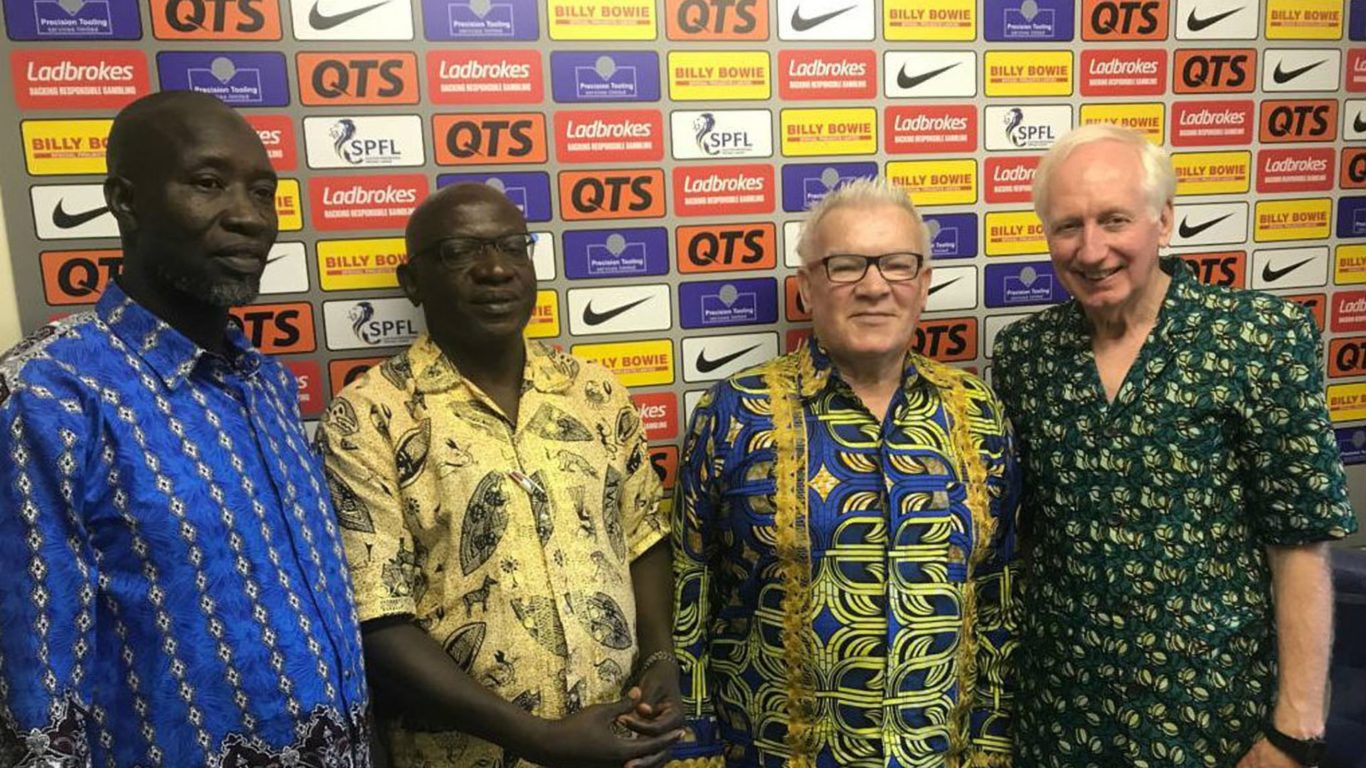 Rugby Park is gearing up for some European guests this summer but the club was delighted to welcome visitors from further afield earlier this week.

Two representatives from the Ugandan town of Arua were in Kilmarnock as part of a fact-finding mission around new recycling techniques.

Mayor Isa Kato and Town Clerk Daniel Kawesi made the 7000-mile trip from East Africa to East Ayrshire as part of a link up with East Ayrshire Council.

Arua has a population of 62,000 but this swells to 300,000 during the day due to a combination of shoppers, traders and relief agency workers.

The population has been furthered swelled by refugees travelling through the area from South Sudan and Congo, meaning the town is looking at ways to tackle the issue of waste and rubbish piling up.

After their meeting, Provost Jim Todd recommended a visit to Rugby Park where our visitors were greeted by former captain Ray Montgomerie for an impromptu tour.

Isa and Daniel were shown around the trophy room, dressing room area as well as get a glimpse of renovation work on the pitch.

While acting as tour guide, Monty recounted some of his favourite Killie tales to leave a lasting impact on our guests before they headed home.