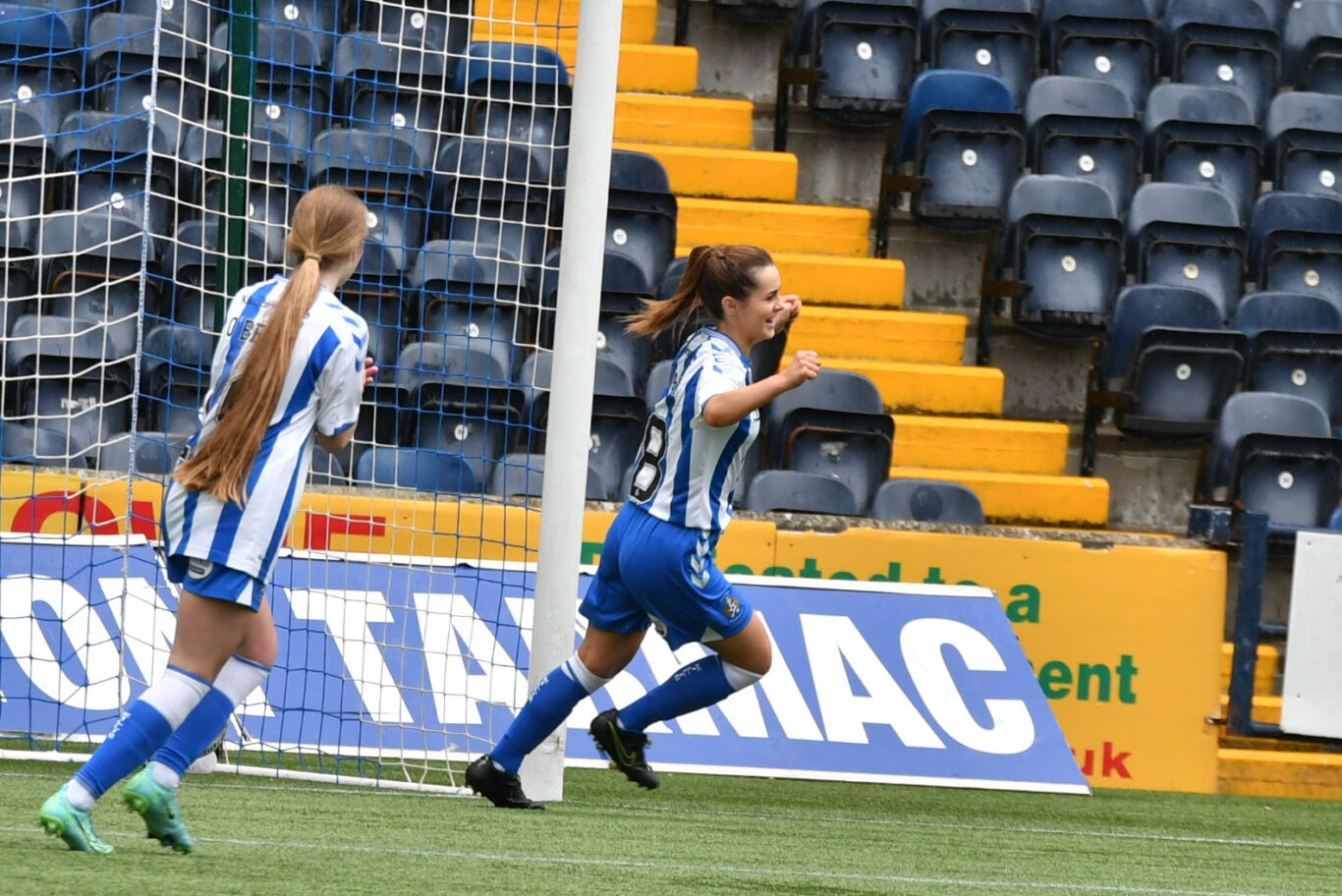 Monica’s a hat-trick hero against Boroughmuir

Monica Harty was the hat-trick hero as Kilmarnock claimed a thrilling 3-2 home victory over Boroughmuir Thistle at Rugby Park.

Killie recovered from losing the opening goal after only three minutes to storm back with a quickfire brace.

Having scored twice in the 7-0 demolition of Stirling University, Harty continued her fine form by bundling the ball home from close range after 11 minutes to draw the home side level in this contest.

And the turnaround was complete five minutes later as she got on the end of a tempting cross.

High on confidence, the attacker was combining well with Abby Robinson as Kilmarnock continued to threaten the Boroughmuir goal and the Harty hat-trick duly arrived one minute into the second period as she put the finishing touch on Dana Baird’s cross.

There was to be a moment of controversy as Boroughmuir were awarded a penalty but home officials were adamant that the incident took place outside the area.

Boroughmuir took advantage to make it 3-2 and set up a tense finish to the match but Killie held firm to move to within a point of their opponents in the SWPL 2 table.