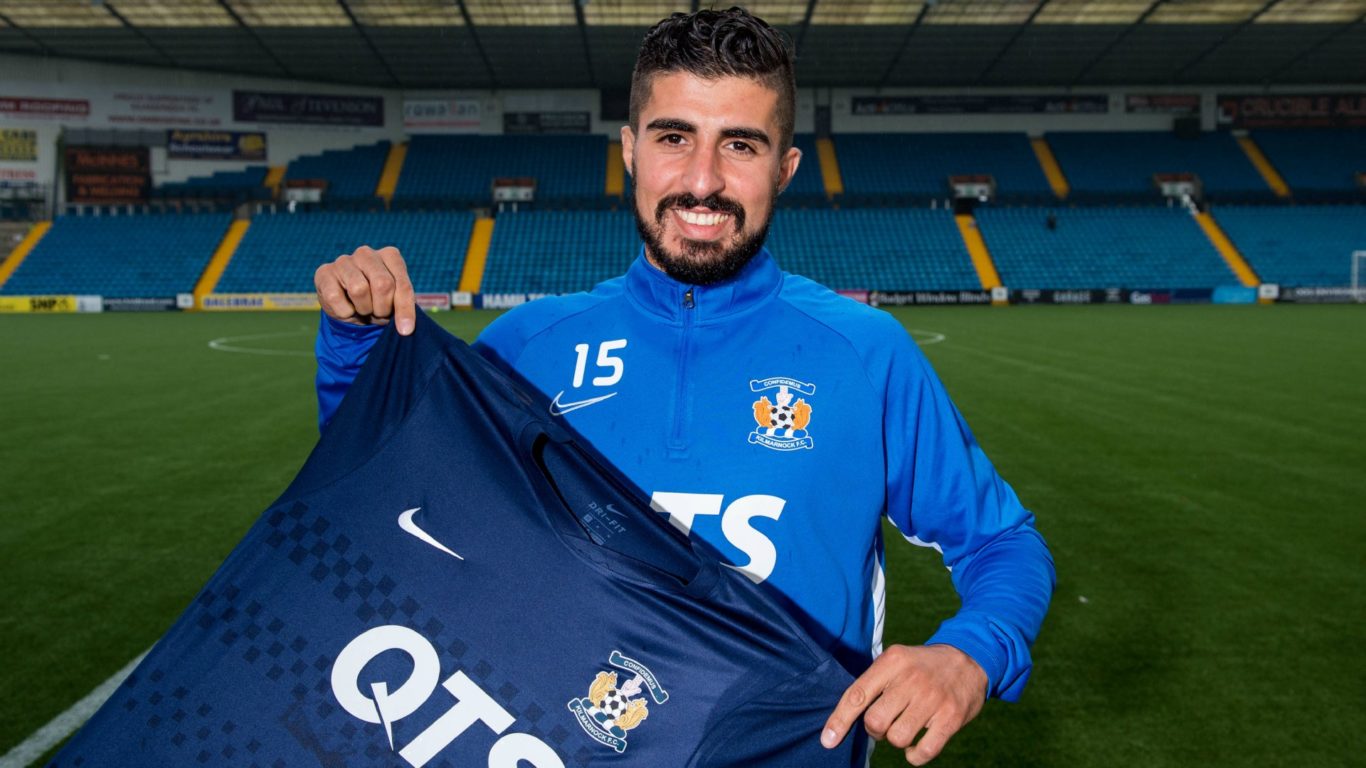 Mohamed El Makrini hopes to be a midfield kingpin for Killie as he links up with his new team-mates ahead of Thursday’s Euro clash with the Nomads.

The Dutch midfielder signed a one-year contract at Rugby Park this week to become Angelo Alessio’s second signing of the summer.

And with a new season racing towards the opening day, Mo spoke of what qualities he thinks he brings to the middle of the park.

“I would say I’m a hard-working midfielder who keeps the balance in the team. I link up defence and attack well – really trying to boss in the middle of the park,” he told the assembled media.

“I’ve spoken with the manager, he has some ideas of how he wants me to play for the coming season. For me, it’s now a case of getting my fitness up and being available for the team.”

Mo knows all about the good times Killie enjoyed last season under Steve Clarke, and the great European adventure on the horizon.

He’s enjoyed promotion success with SC Cambuur in Holland, played abroad in Denmark, but has yet to play European football in his career – something he hopes will change.

“I’ve never had the chance to play European football before – so this is something that’s very exciting” he said.

“It was great to hear about the success Killie had last season, and it’s so nice to be a part of that group now.

“There’s a lot to get used to in Scottish football, but even when I first arrived – you could see this was a very talented squad.

“I will try my best, and hopefully get a chance to play.”

You can watch Mohamed’s interview in full on Killie TV