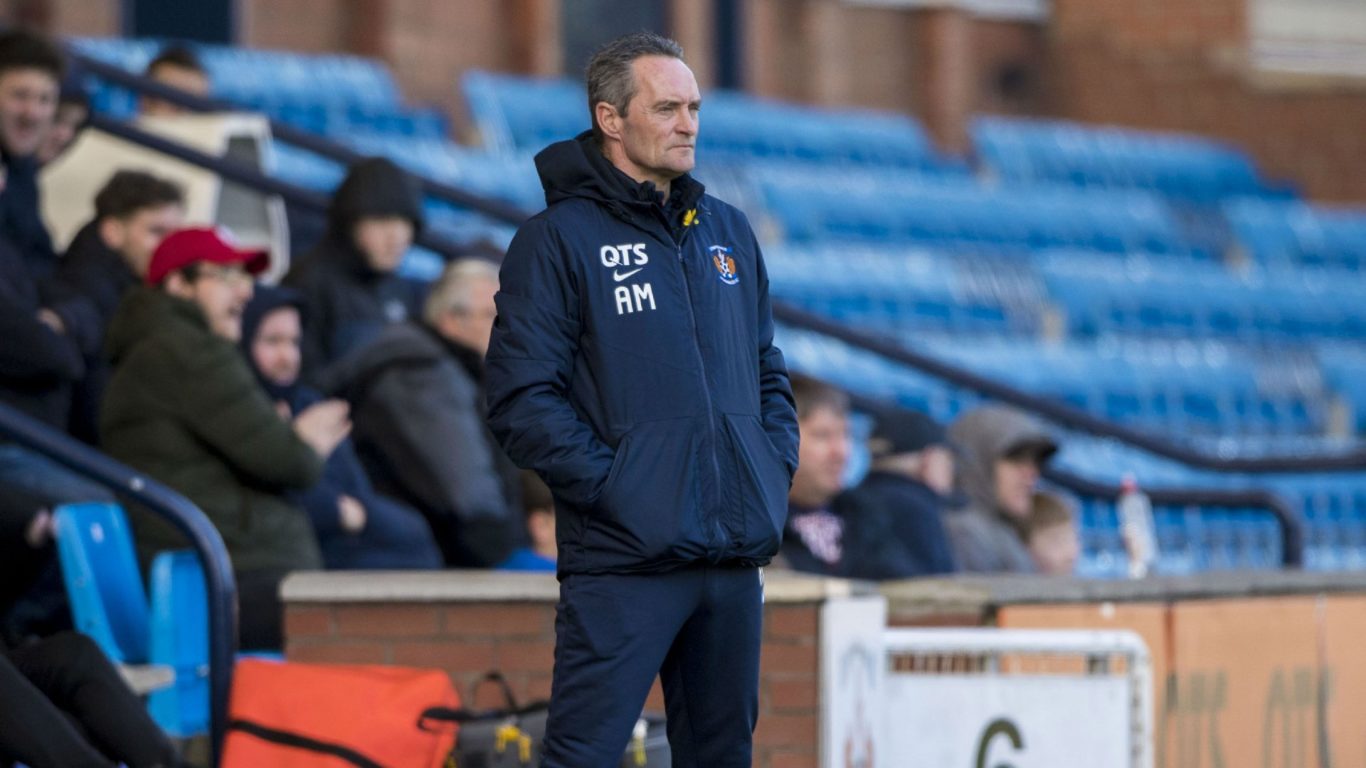 An experienced Kelty outfit, coached by Barry Ferguson, scored four without reply at New Central Park to put the kids out of the first round, with the Lowland League outfit in control for much of the game.

And whilst the result was far from ideal, Millen knows it’ll be a valuable learning experience for the Killie kids going forward.

“Obviously you don’t like losing games, but the biggest thing this game was about was showing the players about the jump that they have to take,” he explained.

“Kelty have got good, experience players in their team, and that’s at the Lowland League level.

“They are hoping to get into the league setup, so it shows our players where they need to try and get to.”

With quality players like Stephen Husband, Sean McKirdy and Scott Linton in the Kelty ranks – Millen hoped it showed the massive leap between reserve level and senior football.

And with boys like Innes Cameron and Ewan McLevy chapping on the door of the first team, he says that the only person who will decide if the young guns are ready is Angelo Alessio.

“I think they competed physically OK, at times you could see that Kelty were stronger,” he added.

“At senior level if you make mistakes you will be punished, and games like this prepare them for that.

“The jump between where they are playing now and the first-team is huge and the only person that will decide if they are ready is the manager.

“But when they do train with the first-team, that’s when they need to take their opportunity and show the manager that they are worthwhile.”